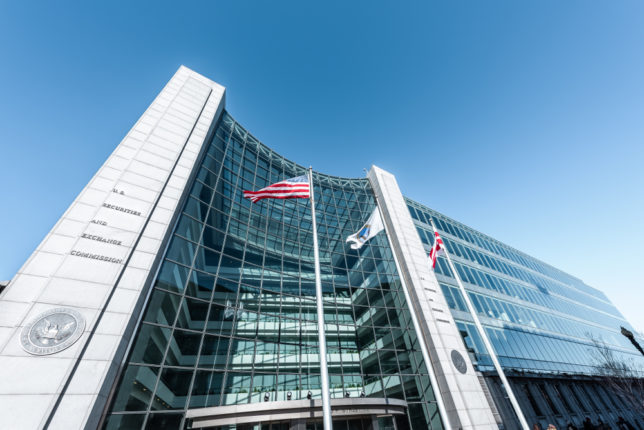 The U.S. Securities and Exchange Commission (SEC) has proposed a rule that would require public companies to regularly disclose certain climate-related information, including their greenhouse gas emissions. The rule is controversial, and the SEC has received thousands of public comments on it.

Opponents of the proposal have argued among other things that it amounts to an improper attempt to enact substantive climate policy via securities regulation. Considering how central climate change is to the activities of many advocacy groups, it is perhaps instructive to examine some of the organizations who commented in support of the proposed rule.

As summarized by the SEC, the nearly 500-page proposed rule would require companies to regularly disclose:

While the SEC and the rule’s supporters contend that such disclosures will provide important and standardized climate-related information to investors, critics have opposed it on a number of grounds, including:

The SEC has posted thousands of public comments that it received on the proposed rule. A number of comments in support of the rule were submitted by well-known advocacy groups, asset managers, and foundations that are probably familiar to many Americans—though not necessarily for their involvement in securities regulation. Others are less well known, and more information on all of the groups listed below is available at InfluenceWatch.

Many of these comments made similar recommendations to the SEC, including asking that required disclosures for Scope 3 emissions (those from sources that the filing company does not directly control) be strengthened, and suggesting that companies should also be required to disclose their climate-related lobbying activities.

A number of organizations known for their environmental, social, and governance (ESG) activism filed comments in support of the proposed rule. This makes sense given that the object of ESG activism is to use the power and influence of corporations to achieve (usually liberal) outcomes on largely nonfinancial (often political) issues. Climate change is a preeminent topic for such activists, and more ESG shareholder resolutions were filed on it in 2022 than on any other issue.

Specific commenters included As You Sow, perhaps the most prominent ESG shareholder activist nonprofit in the country. It publishes the annual Proxy Preview report detailing all such resolutions filed with public companies—more than 500 total in 2022. Ceres, the group responsible for coordinating most of the climate change resolutions, also commented, as did the Shareholder Commons, a relatively new nonprofit that launched an unsuccessful campaign in 2021 to convince major companies like BlackRock, Amazon, and Alphabet (Google) to legally recast themselves as benefit corporations.

Other ESG-oriented commenters included BankFWD—a Rockefeller family–backed effort to pressure giant banks like JPMorgan Chase to end their financing of and investment in oil and gas companies—and the Intentional Endowments Network, a nonprofit project that encourages institutional investors such as universities and foundations to use their endowments to “advance an equitable, low carbon, and regenerative economy.” Coalitions of ESG-focused institutional investors

Numerous traditional environmental advocacy groups commented in support of the proposed rule and suggested ways to strengthen it. This lends credence to the argument that the rule is really intended to further substantive policy on climate change or at the very least that some prominent environmental activists believe it will have that effect.

Major national and international environmental organizations including the Natural Resources Defense Council, the Sierra Club, the Union of Concerned Scientists, Defenders of Wildlife, and the World Wildlife Fund all submitted comments. So did some litigation-oriented groups like the Center for Biological Diversity and Earthjustice, which combined filed hundreds of lawsuits against the Trump administration during its four years in office.

Other environmental commenters included the Climate Reality Project, an advocacy and training group founded by Al Gore in 2006, and Friends of the Earth, an organization that strongly supported the radical Green New Deal and argued that it did not go far enough in eliminating fossil fuels. Evergreen Action—a 501(c)(4) nonprofit that was originally a project of the Sixteen Thirty Fund, part of the Arabella Advisors network—also commented in support. Evergreen was founded by former staff from Washington Governor Jay Inslee’s 2020 presidential campaign, which itself was heavily focused on climate change.

Several private foundations also submitted comments. Large foundations are major institutional investors, and there has been a trend among some to leverage their endowments to promote certain ESG outcomes. The $3 billion McKnight Foundation, for example, noted in its comment letter that it had recently become the largest American foundation to commit to Net Zero, looking to “decarbonize our endowment” by the year 2050.

One of the Nathan Cummings Foundation’s primary focuses is climate change, and it deploys its endowment on this issue not only via its grantmaking, but also through investment selection and shareholder activism. The foundation’s comment on the proposed rule noted that in addition to providing significant funding to activist groups like Ceres, it had also filed almost 70 shareholder resolutions of its own on climate change over the past 20 years.

In its comment supporting climate-related disclosures, the Kresge Foundation explained that it was a “significant institutional investor” with a $4.5 billion endowment. In fact, it is impossible to determine exactly what the foundation is invested in because unlike many of its philanthropic peers, Kresge did not disclose any specific investments on its most recent Form 990-PF, choosing instead to list its investments using anonymous accounting codes.

Many asset management firms, naturally, also commented on the rule. BlackRock, the world’s largest such company and a recognized ESG advocate, notably pushed back on certain aspects of the rule, though it supported the broader goal of climate-related corporate disclosures.

Supportive commenters included Amalgamated Bank, which is now a publicly traded company but was formerly owned by the Workers United division of the Service Employees International Union (SEIU) labor union. Workers United still retains a significant equity stake in Amalgamated, and the bank is a major manager of union pension funds. Climate change considerations play an important role in Amalgamated’s operations in that it refuses to lend to traditional energy companies, while devoting a full quarter of its lending portfolio “to climate protection and PACE [Property Assessed Clean Energy] financing.”

The California Public Employees’ Retirement System (CalPERS) and the California State Teachers’ Retirement System (CalSTRS) both commented in support of the proposal as well. CalPERS is the largest public pension fund manager in the United States and was responsible for the initial 2016 meeting that led to the creation of Climate Action 100+. Soros Fund Management, a private investment firm established by George Soros that now serves as the asset manager for his multi-billion dollar Open Society Foundations also commented in support of the rule.

Other noteworthy supporters who submitted comments include the Center for American Progress, a $50 million liberal think tank generally associated with the establishment wing of the Democratic Party. Founded by John Podesta, it was later led by Neera Tanden, who left to serve in the Biden Administration. The League of Women Voters also submitted a comment—an example of how the left-of-center group’s activism extends beyond issues related to voting and elections to encompass a broad spectrum of contemporary sociopolitical issues, including climate change.

The AFL-CIO is the largest federation of national labor unions in the United States, including some that organize workers in carbon-intensive industries. Its comment supporting the rule requested that the SEC require companies “to disclose climate change risks affecting the company’s workforce, and what steps the company is taking to mitigate these risks.”

The Final Rule and Its Impact

The above represents only a fraction of the groups that commented in support of the SEC’s proposed climate change disclosure rule. Many others voiced their opposition. It remains to be seen what form the final rule will take and whether that rule will hold up in court. One of the best ways to understand its anticipated impact at this stage, however, is to pay attention to the groups that support it.