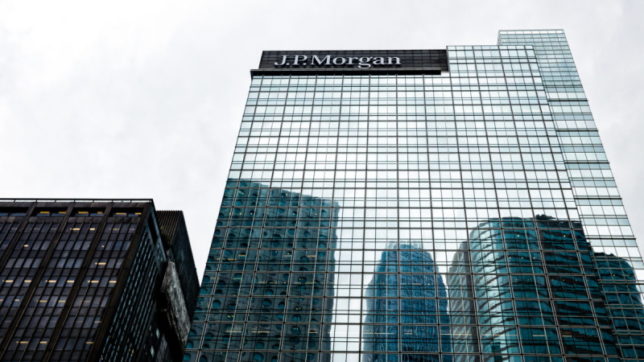 On November 4, the United States formally withdrew from the Paris Agreement, something that had been a priority for many conservatives concerned with its destructive economic impacts and questionable practical effect on global climate. Although presumptive President-Elect Joe Biden has pledged to rejoin the agreement upon taking office, some activists are also pursuing private methods of obtaining compliance with its terms. One strategy involves leveraging wealthy clients’ influence over their financial institutions.

A new campaign called BankFWD—recently announced in a New York Times column—seeks to use the “collective wealth and public standing” of its members to pressure major banks to commit to phasing out financing for (and investment in) oil and gas companies unless those companies have a “credible strategy to transition in line with limiting global warming to 1.5° [Celsius].” That is the aspirational global warming cap envisioned in the Paris Agreement. It’s worth noting that few countries “have come anywhere close to meeting the Agreement’s goals.”

As part of becoming a “Paris-aligned bank,” BankFWD is asking financial institutions to refuse to support—through lending, underwriting, or asset management—any project or company that expands fossil fuel extraction or supporting infrastructure, or attempts to find new reserves. Any existing projects would need to be wound down as part of a “gradual, but total, phase-out.”

Reasoning that wealthy clients are “uniquely positioned to influence the direction of banking policy,” BankFWD is focused on recruiting “high-profile and high-net-worth bank clients” that can “exert financial and reputational pressure” on banks. Indeed, its three co-founders are members of the famous Rockefeller family, and they are specifically targeting JPMorgan Chase in part because of that bank’s “long-standing personal history and ongoing client relationship” with the family.

BankFWD operates as a fiscally sponsored project of the Sustainable Markets Foundation, a 501(c)(3) nonprofit with annual revenues that have recently ranged between about $10 and $14 million. While the finances of sponsored projects can be difficult or impossible to discern, major funders of the Sustainable Markets Foundation include the Energy Foundation, the Hopewell Fund, and the California Community Foundation. Since 2014 it has received over $2.1 million for various projects from the Rockefeller Brothers Fund, and the fund’s board chair is one of BankFWD’s co-founders.

It’s worth taking a step back to consider exactly what BankFWD is proposing. Despite steady growth in the renewable-energy sector, fossil fuels (petroleum, coal, and natural gas) still provide 80 percent of U.S. primary energy consumption and directly employ more than 1.6 million Americans (pre-COVID, at least). The industry also produces countless petroleum-derived products that most Americans use each day. A balanced essay on some of the reasons why fossil fuels are so difficult to replace is available from the Brookings Institution here.

More fundamentally, by trying to cut off the “lifeblood of the fossil fuel industry,” BankFWD is essentially arguing that the entire industry is illegitimate and unworthy of access to capital unless it aligns with privately imposed standards designed to hasten its own demise. That’s a drastic and unwarranted imposition on the suppliers of products upon which much of the world economy—and humanity’s modern standard of living for that matter—depends.

To be clear, there is nothing wrong with championing the pursuit of cost-effective alternatives to fossil fuels. Growth and innovation in the renewable-energy sector present numerous opportunities for investors who are so inclined. And if a well-heeled client of a particular financial institution decides for whatever reason that his or her continued business should depend on that institution’s relationship with its other clients, he or she is certainly free to act accordingly.

But deploying one’s private wealth in ways that align with one’s values is very different from intentionally leveraging that wealth to harm business one personally disapproves of, especially when that business provides something so essential. This appears to be BankFWD’s objective, and the fallout from implementing its proposal would harm far more people than just a handful of greedy oil executives.

Banks finance fossil fuel companies because they profit from doing so, which is good for both the bank’s employees and its shareholders, which include any Americans whose retirement investments hold that bank’s stock in their portfolios. Fossil fuel companies obtain financing for a variety of reasons, but all of them are with a view toward continued profitable operations. That’s good not only for their shareholders and employees, but more importantly for every American who depends on (and is cost-sensitive to) the products that they produce or help produce.

Innovation and the Market

Steady innovation in renewable and lower-carbon technologies may one day make companies who don’t diversify out of certain fossil fuel sectors a risky or otherwise unattractive investment. But that’s a business judgment properly driven by traditional market evaluations, not the deliberate distortions of private sociopolitical pressure campaigns. That’s doubly true when the targeted product remains literally essential to human societies—both modern and developing.

However much well-intentioned people may yearn for de-carbonization, economic growth and stability must always be the benchmark of progress. And the two are not mutually exclusive: Due largely to the less carbon-intensive natural gas projects BankFWD wishes to eliminate, American greenhouse gas emissions have fallen by 10 percent since 2005, with power-sector emissions dropping by 27 percent. This was achieved while the economy grew by 25 percent—a metric that is much more important to the modest, and occasionally precarious, standard of living that most ordinary Americans try to build for themselves.