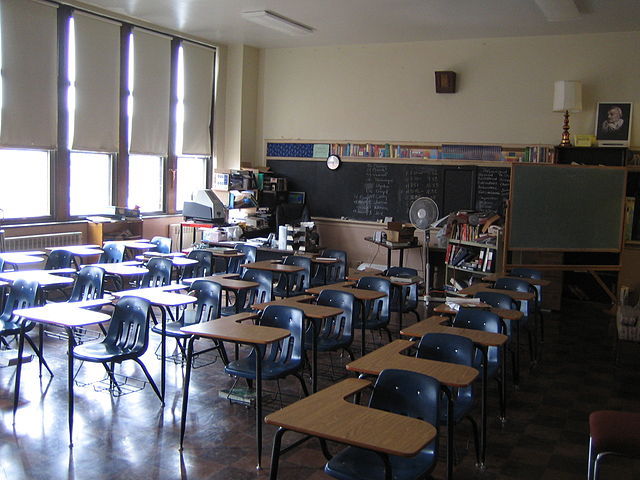 Earlier this week, we warned that Big Labor had taken legal action that could require mask-wearing by every worker in a physical workplace. Now, the nation’s largest teachers union is demonstrating that when it comes to hostage-taking, ideological safetyism, and destroying children’s lives, teachers unions stand above all others, preparing an unprovoked and dastardly attack on children and families.

A Declaration of War

The proposed attack goes by the innocuous name “New Business Item 33.” It is a proposal presented by teachers union delegates to the National Education Association (NEA) general assembly. Much like shareholder meetings of major corporations, labor union national meetings include votes on the adoption of various policies, programs, and advocacy targets. New Business Item 33 amounts to a declaration of war on America’s parents and children, and it deserves to be quoted in its entirety:

The NEA will call for mandatory safe and effective COVID-19 vaccinations and testing for all students and staff before returning to face-to-face instruction in the fall, subject to medical exceptions in accordance with existing law, and will widely publicize this position via social media. We will further call for and publicize that safety measures such as social distancing, masking, and proper ventilation be mandatory for all.

The proposal threatens further school lockdowns unless invasive and oppressive security theater is imposed on American schoolchildren—schoolchildren for whom COVID is not a public emergency. Further, New Business Item 33’s demand for continued masking of children conflicts with the most recent scientific research published in the medical journal JAMA Pediatrics. That research, conducted in a laboratory-style controlled trial, found that the air inhaled by children wearing face coverings exceeded the permissible carbon-dioxide concentration allowed by Germany’s Federal Environmental Office for indoor air by a factor of six.

One further must assume that “mandatory for all” would, like the proposed OSHA rule over which the AFL-CIO has sued the government after it was not enacted, apply forced masking to vaccinated persons—something the Biden administration’s teachers union–compromised  CDC Director Rochelle Walensky said was unnecessary. (We’ll see if the White House distances itself from remarks given in a “personal capacity,” as it did when Walensky encouraged in-person schooling regardless of vaccination status over teachers union opposition in late January.)

Mandatory testing for vaccinated persons is also contrary to CDC guidance, which states that vaccinated individuals may “refrain from screening testing if feasible.”

The implication of New Business Item 33 is clear: School lockdowns will hang over American families forever, and invasive infringements on bodily autonomy will be the price of admission to what the Maryland constitution says will be “free public schools.” The school lockdowns that the NEA, the American Federation of Teachers, and the politicians bought with the teachers unions’ contributions have inflicted on students will have incalculable consequences—consequences that we are only starting to see.

The lockdowns are causing higher racial inequality. They have taken their toll on students’ mental health. They have stunted and reversed childhood development. New Business Item 33 would commit the National Education Association to this world, indefinitely.

War on Us All

If the NEA adopts New Business Item 33, America’s students, parents, and elected officers must acknowledge it for what it is: a declaration of war on us all. It would be a declaration that what were initially emergency measures to respond to an unknowable threat for “two weeks to slow the spread” will not be lifted without paying the union Danegeld, Medieval Europeans’ periodic bribes to ward off the Norse raiders.

As Kipling wrote, when one pays the Danegeld, one never gets rid of the Dane. Wise policymakers would follow in the footsteps of Franklin Roosevelt, vowing, “I assert that we will not only defend ourselves to the uttermost but will make it very certain that this form of treachery shall never again endanger us.”