Steyer the Crusader: Out of Step with His Party? 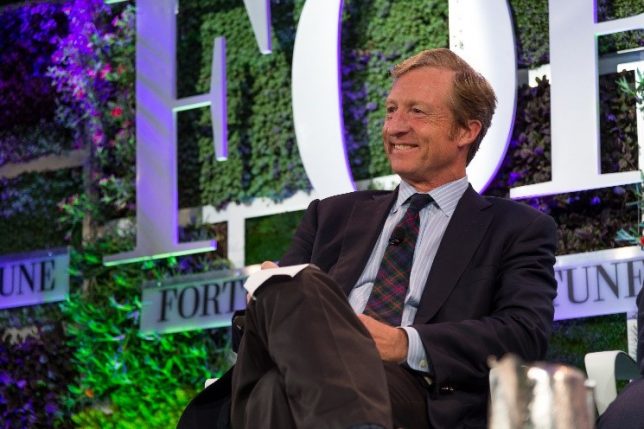 A comparatively small fraction of the Steyer crusade’s money—$4.1 million—was spent to directly influence races for Congress in 2018. NextGen spent one of every four of these dollars ($1.1 million) on two U.S. Senate races—Nevada and Arizona—that resulted in narrow and critical wins on a night when Democrats lost seats in the upper chamber. NextGen also saw its favored candidates win in 59 percent of the U.S. House races where it made direct spending.

Unrelated to direct spending, Need to Impeach claims to have sent 683 phone calls from its supporters to the office of U.S. Sen. Joe Donnelly (D-Indiana) during the confirmation hearings for U.S. Supreme Court Justice Brett Kavanaugh. Donnelly subsequently voted against the Kavanaugh nomination and then—like two of the three other vulnerable incumbent Democratic U.S. Senators—lost his reelection bid in 2018. The only vulnerable Democrat voting to confirm Kavanaugh, U.S. Sen. Joe Manchin of West Virginia, won reelection.

But candidates weren’t the big spend for Steyer in 2018. As noted above, there was the $50 million put into Need to Impeach (plus a related effort to get his impeachment signatories out to vote), and then another $33 million was sunk into NextGen Rising, a young voter mobilization drive that reportedly deployed 750 staffers and 15,000 volunteers.

Put that together and the the clear majority of Steyer’s 2018 investment—more than $80 million—was spent on voter turnout infrastructure that can be both used and improved upon for future races. Unlike a one-shot boost for candidates and outcomes for just one election cycle, most of what he did last year could be defined as “building for the future.”

So, what’s in the future?

Steyer has clearly been enjoying himself. “[T]his is so much more fun than running an investment firm,” he told Vogue in November 2018.

Independently of one another, both money and politics have been known to cause many a man to gaze at a mirror and start believing that something other than a sun might occupy the center of our galaxy. This October 2018 description of Steyer in the Atlantic gives readers an idea:

Bring up his name with Democratic officials and strategists, and the answer is a reliable variation of “Oh, God,” or an eye roll. They complain that he’s not interested in hearing what anyone else has to say, that it’s all about him, that the money could have been better spent. They point to how many operatives have come and gone from top positions on his staff.

The movement Steyer has built so quickly and is still improving upon is what free market and free society activists should be most concerned about.

He has $1.6 billion he plans to give away, says he’s having the time of his life, and has convinced himself he’s the savior of America and the planet. He is already spending at or above the level of a George Soros, but at age 61 is more than a quarter-century younger and—having given up his day job—has nothing else to do.

In the 2018 mid-term elections, Steyer broke with his own tradition of sitting out primary races and funded Tallahassee Mayor Andrew Gillum in his bid to run for Governor of Florida. Steyer spent $800,000 on Gillum, who ran on a platform far to the left of most Democrats, courting voters infatuated with Democratic Socialism in the style of 2016 Presidential candidate Bernie Sanders.