Can The Private Sector Do Disaster Relief Better Than The Government? 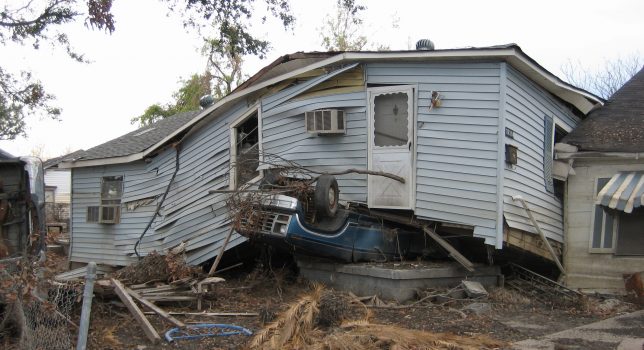 In 2014, the Centre for Research on the Epidemiology of Disasters estimated that over 140 million people around the world were victims of natural disasters. Those disasters killed 7,823 people worldwide. The United States is often one of the countries hit the most when Mother Nature attacks.

Traditionally, both here at home and abroad, government is often the major provider of disaster relief. Usually the state is the only entity that has the logistics and equipment to provide immediate relief. The state is also seen as the only entity that has the ability to pour enough money into a disaster-affected area in order to begin the process. But recent advancements in both the economy and technology are giving the private sector an increasing role in providing disaster relief.

When government has failed

The biggest failure of government when it comes to disaster relief in recent memory is Hurricane Katrina in 2005. The massive hurricane slammed into the Louisiana and Mississippi coast, killing an estimated 1,836 people.

The effects of the storm were magnified by failures of government in both storm protection infrastructure and evacuation. The city of New Orleans was surrounded by a system of levees designed to withstand a Category 3 hurricane. When Katrina was at its strongest in New Orleans, it was a Category 2 at most. The storm did not directly hit the city. The levees broke anyway, flooding most of the city and killing over a thousand residents. An independent investigation later determined that the levee system protecting New Orleans was poorly constructed.

Another major failure before the storm was when the city of New Orleans failed to evacuate its poorest and most vulnerable residents. The city had an evacuation plan for those who did not have cars, but the plan fell apart rather quickly. There were not enough buses for those who wanted to leave and even worse, the city did not utilize the large numbers of school buses available, which were later flooded in the storm. Provisions for evacuating patients out of nursing homes completely fell apart and many patients were killed in the storm and the aftermath.

When the cavalry did arrive, Louisiana’s suffering was not over. The homeless from Hurricane Katrina were housed in travel trailers provided by FEMA. Many of those trailers had toxic levels of formaldehyde in them. The trailer manufacturers and the FEMA contractors who installed them later agreed to a $42.6 million settlement with Katrina victims, and others.

The recovery process was also bogged down in red tape. The Road Home recovery program was a partnership between the Louisiana state government and the federal government. The state would run the program while the federal government funded it. It was designed to give grants for those who wanted to fix up their homes or buyout those who wanted to leave. The program turned into a bureaucratic nightmare. Many homeowners did not have their cases resolved for years and were often unable to contact someone to help them. The contractor responsible for administering the program was accused of winning the contract through an insider deal.

Louisiana would get another chance to get it right

In August 2016, a severe tropical rainstorm sat over much of Louisiana and dropped so much rain that it has been compared to “Biblical proportions.” The rainstorm, which has been described as a hurricane without high winds, was focused on Baton Rouge, which had become the largest city in Louisiana, and its surrounding areas. Homes and entire cities that have never flooded before were destroyed by the torrential flooding rains. So far, damage has been estimated at $8.7 billion as of writing and 13 were killed. 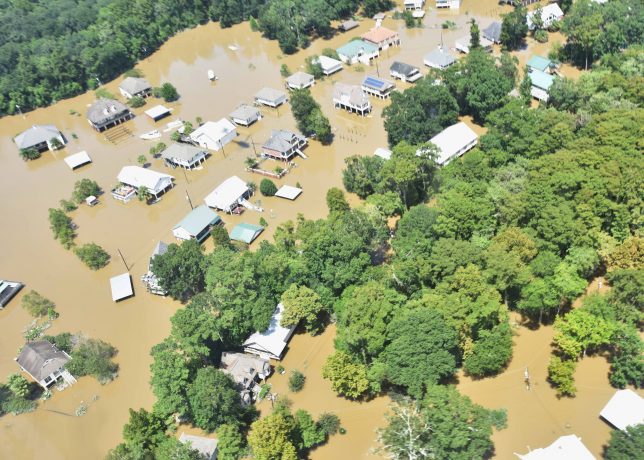 When the floodwaters began to rise, many people found themselves trapped in their homes. They called 911, but the local and parish first responders were unable to cope with the magnitude of the situation and often did not have the resources to respond. But the “Cajun Navy” was able to step up and respond to help their neighbors.

Louisiana is a state that loves to hunt and fish. The state even has “Sportsman’s Paradise” emblazoned on its license plates. In order to hunt and fish in the swampy parts of the state, flat-bottom boats are often required. These boats are powered by an outboard motor and travel in shallow waters. They can usually carry about 3-5 people and/or some gear depending on the boat.

During the flood, the flotilla of private boats that came to the rescue of their neighbors became known as the “Cajun Navy.” But they didn’t just go out into flooded neighborhoods all by themselves. Supporting this ad hoc rescue effort was a volunteer network powered by the latest in modern technology.

For starters, the Cajun Navy had a fairly sophisticated but decentralized dispatch system. If someone needed to be rescued, they would go into a quasi-official Facebook group and request pick up. The Cajun Navy also monitored police and other first responder radio bands and coordinated with local authorities as well.

A boat would then be dispatched via a smartphone walkie-talkie app such as Zello that allowed push to talk over 3G, 4G, and Wi-Fi. They kept track of which boats were in the water and where they were through smartphone GPS apps. Such smartphone technology was not available during Hurricane Katrina. This dispatched system rescued thousands of people and likely prevented further death and destruction.

Once the people were rescued, they had to have places to go. Instead of waiting on the Red Cross and the state government to establish shelters, local volunteers went to work themselves. Local churches all over the area were converted into emergency shelters. In some cases, churches were not enough.

The Celtic Media Centre in Baton Rouge is Louisiana’s largest media and film production studio. It was built to take advantage of Louisiana’s once generous film subsidies and many movies have been filmed there. Patrick Mulhearn, its executive director, saw the devastation and flooding around him and knew he had to do something. He opened the doors of his studio to as many as 2,000 flood evacuees and even their pets. During Hurricane Katrina, many people stayed behind and would not evacuate because their pets were not welcome at Red Cross shelters.

The studio provided a large, air conditioned shelter for flood victims. Displaced doctors and nurses even set up a mini-hospital inside the studio. Local volunteers donated items such as food, clothing, and blankets for the displaced. Other churches and community organizations prepared hot meals for those who had to temporarily reside there. Social media was used to request needed items and ask for volunteers.

Once the rains stopped and the streets began to dry out, more immediate needs such as delivering relief supplies had to be met. Once again, the private sector and civil society have proven to be far more efficient than the government.

One of the few success stories from Hurricane Katrina was how Walmart was able to deliver food, water, diapers, baby formula, and other needed essentials into the storm ravaged areas. The retailer was able to utilize its impressive logistical infrastructure to send trucks where they were needed to deliver goods when their customers needed them.

Walmart proved to be a miracle worker once again. The corporation has its own on-staff meteorologists that gave constant weather updates in order to determine where trucks needed to be. Plus, the company was able shift deliveries from nearby distribution centers and stores to the disaster area. Finally, the company was able to prioritize deliveries of products such as water and diapers while shifting other items to other stores.

There were numerous stories of private individuals and companies stepping up to help their neighbors in need. Sarah Joy Hays became a one-woman FEMA, delivering tens of thousands of dollars’ worth of relief supplies. She set up a GoFundMe account and ensured transparency by listing the items she needed on an Amazon Wish List. Her operation was so successful that Trader Joe’s Community Outreach used her to distribute supplies to their employees. She got those supplies around by using Uber to move volunteers and goods, on Trader Joe’s dime. Ironically, she became the point of contact for the local mail carriers’ union as well.

Another interesting story comes from Michelle Forte, who owns Fleet Feet Baton Rouge. She used her store to distribute thousands of pairs of shoes to people in need. The shoes were donated from fellow Fleet Feet franchises across the country and shoe manufacturers. One manufacturer was looking to exit the running shoe industry and donated much of their remaining inventory to Forte.

Why did the people of Louisiana step up like this? Much of it was due to their experiences during Katrina when they waited for help, and it never came. But a part of it resulted from the strong moral character of the people of Louisiana. Their ingenuity enabled them to use technology developed for fun to be put to use saving lives.

The lesson out of Louisiana is that the private sector can provide immediate disaster relief in a timelier manner than the government. In most cases, all that is needed to empower ordinary people is keeping government out of the way. When government expands, it crowds out the civil society and the private sector. That can be a problem, even in a disaster.