Eleven people were killed and six were wounded at the Tree of Life Synagogue in Pittsburgh, Pennsylvania, on Shabbat during several services including a bris (a ceremony for a child’s birth) on October 27th, 2018. It was the deadliest assault against Jews in American history according to the Anti-Defamation League (ADL). So far as it can be determined from the evidence available at the time of publication, the perpetrator acted alone. Police apprehended the shooter, but not before he spent 20 minutes terrorizing the congregants inside. Sylvan and Bernice Simon, a retired accountant and nurse, respectively; Dr. Jerry Rabinowitz, a family practitioner; and Rose Mallinger, a 97-year-old “fixture of the congregation,” are among 11 people dead.

Over the past several weeks, civility in politics has become a major talking-point, an issue for each side to step up onto the podium and attempt to take the moral high ground. Earlier in the week, Democratic Party leaders, donors, and pundits received bombs through the mail. Two summers ago, Republican Majority Whip Steve Scalise (R-Louisiana) was critically wounded while practicing for the 2017 Congressional Baseball Game, and Antifa regularly harasses conservative speakers at universities and Republicans at restaurants.

Identifying parallel problems on the extreme Left and the extreme Right is not “whataboutism.” The unnecessarily temperature-raising rhetoric on one side does not justify the same on the other, but both sides are stuck in a prisoner’s dilemma; neither can back down or the other could take advantage. As a result, both factions choose the worst option—continuing the cycle of violence and blame—instead of mutually agreeing to calm down. If the goal is to blame “the other side” for dangerous and violent incivility, then there is plenty of material to work with.

Major media outlets chose to use the Pittsburgh attack to critique President Donald Trump’s partisanship and harsh rhetoric, especially rhetoric aimed against the professional Left. Alex Soros (a son of left-wing mega-donor George Soros) and his advocacy group, Bend the Arc, published an open letter condemning Trump. (This group, whose former director, Hader Susskind, worked at the left-of-center J Street, may not actually attend the Tree of Life Synagogue, but they are confident enough to proclaim who can and can’t pay their respects.) Major media outlets such as the Washington Post and USA Today reported on this letter, to suggest that there was an organic consensus in the Jewish community that Trump’s rhetoric at least tacitly endorsed white nationalism.

These outlets doubled down on the narrative by circulating heated statements from Lynette Lederman, the former president of Tree of Life synagogue. She said Trump is “the purveyor of hate speech,” and that their community believes “not just Jewish values, but believes in values—and those are not the values of this President and I do not welcome him to Pittsburgh.”

The narrative didn’t have to be extreme. When Rabbi Jeffrey Myers, who was actually leading services during the shooting, was asked on CNN (just after proclaiming “[he] will not let hate close down [his] building”) if the President is welcome, the rabbi responded, “I’m a citizen. He’s my president. He is certainly welcome.”

The reality is that the person who killed Sylvan and Bernice Simon, Rose Mallinger, and almost killed holocaust survivor Judah Samet, was an apparent internet-radicalized anti-Semitic loner who believed President Trump was controlled by the Jews. This flies in the face of the prevailing narrative—despite claims by cable news pundits, who consider Trump to be an extremist. For example, when President Trump said he was a nationalist instead of a globalist, many voices on the left sounded the alarm that the statement was really a dog-whistle for anti-Semitism.

Yoram Hazony, an Israeli scholar from the Herzl Institute and author of The Virtue of Nationalism (reviewed here by CRC’s Michael Hartmann and Dan Schmidt), wrote on October 28th, 2018, that the terms that have been called dog-whistles such as “nationalist,” “globalist,” and “Anglo-American” are clearly defined academic terms. These terms stand for important ideas more complicated than the talking heads who shout “dog-whistle” make them out to be.

Hazony stands by nationalism as the political movement that gave specific groups of people their freedom and independence, such as Greece from the Ottoman Empire or the Belgian Revolution. On October 11th, 2018, when discussing his book with the Young Jewish Conservatives about the benefits of nationalism and how it protects classical liberalism, he argued it was only in the late twentieth century that nationalism became a de facto synonym for Nazism. In Hazony’s view, conflating nationalism with fascism is an intellectually dishonest attempt to silence a viewpoint—this is important when considering President Trump’s ideas and rhetoric.

While this is Hazony’s position, there is a clear attempt to read something different into Trump’s statement on nationalism, like New York Times columnist Paul Krugman, who published an op-ed on October 29th, declaring that the GOP is solely and intentionally responsible for the rising political temperature and the violence. The choice to mine for hidden meanings instead of trying to honestly understand the other side shows how flawed it is for media outlets to simply blame Trump and the GOP for the cultural dilemma. President Trump saying that he is a nationalist did not make that man kill Jewish people, and to say otherwise is simply false.

This latest act of anti-Semitic violence should be one of the few issues that unify Americans. But we cannot be unified, even in grief, when enough people with big platforms argue that their political opponents are secretly supporting the worst in human society. This is unsustainable. Like all prisoner’s dilemmas, it has no easy answers, but we should start at least with the basic acknowledgment of the real problems, both of violent extremism and each side’s selective horror at it. 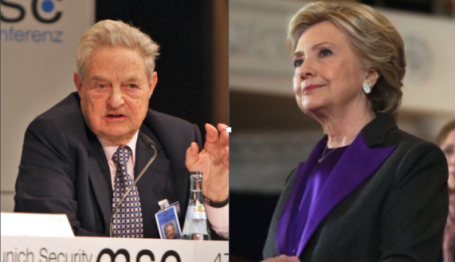