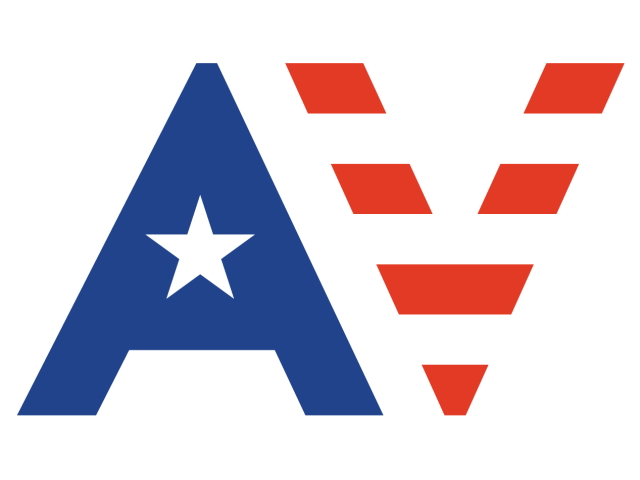 Every cycle it’s the same thing: a new crop of groups urging Christians to “vote their conscience” in the coming election—translation: vote for Democrats—as if they weren’t already doing so. These groups always present themselves as world-weary, politically homeless conservatives beleaguered by immoral extremists in the Republican Party. Dig a bit beneath the surface, though, and they’re just another front for the Left.

The Left’s Crusade Against Justice Thomas

So it goes with the latest deceivers at the American Values Coalition, anti-Trump political activists on a holier-than-thou crusade to smear Virginia “Ginni” Thomas, wife of Supreme Court Justice Clarence Thomas. Like the rest of the Left, the American Values Coalition is on a mission to destroy Justice Thomas—a conservative hero and the only non-white justice on the nation’s highest court—by targeting his wife, who is active in Republican circles and aims to halt President Joseph Biden’s Court-packing schemes.

Hence, Vox’s cheap exposé on the Thomas’s “long fight against fair and democratic elections,” the New York Times’s fears about “how Ms. Thomas may have leveraged her marriage to Justice Thomas . . . Trump’s staunchest ally on the Supreme Court,” and the tirade against the couple and suggestion that Justice Thomas should resign over his wife’s activism from the “conservatives” at the American Values Coalition:

It is hard to read Ginni’s texts and not recognize a sense of entitlement. It is almost as if it is easier for Ginni to believe that there is a grand conspiracy against Donald Trump than to accept the simple truth that more people voted for Joe Biden. The actions of Ginni Thomas, and those like her, are like a child who, whe told they have lost a game, decides to take their ball home.

“We have people who are married to the most powerful officials in government perpetuating Donald Trump’s insane (and unfounded) claims of election fraud,” the group recently tweeted. “This is a grave threat to our democracy and needs to be treated as such.”

But “news” that gets Washington’s talking heads tweeting is ho-hum to normal Americans. This may be a ploy to distract the nation from Supreme Court nominee Ketanji Jackson’s confirmation hearings, which have embarrassingly revealed the massive “dark money” lobbyists who ran her name up the flagpole in a scant few years.

“Be careful during the Judge Jackson hearings to not be tricked by politicians who are manipulating facts to push a narrative,” the group tweeted of Sen. Josh Hawley’s (R-MO) “disingenuous attack” on Jackson.

There’s no shortage of conservatives for hire to fight the Left’s battles for them. David French, who’s apparently most comfortable among the militant atheists at the Atlantic, accuses genuine conservative Evangelicals of replacing Jesus with Donald Trump. Last year’s Stop the Steal rallies are false churches, in his eyes, where those who profess Christ are transformed into idolaters. Concerns about how compromised American elections have become is verboten. If you disagree, you’re just a zealot. End of discussion.

The American Values Coalition Is Not What It Seems

But there’s nothing conservative about the true zealots at the American Values Coalition. The coalition fundraises via the fiscal sponsor Panorama Global, which funds left-wing causes such as the LGBTQ Victory Institute, which aims to increase “the number of openly LGBTQ officials at all levels of government”; Arabella Advisors’ multi-billion-dollar “dark money” network; and VoteRunLead, which trains Democratic women to run for public office, with support from Reps. Rashida Tlaib (D-MI) and Alexandria Ocasio-Cortez (D-NY). Panorama Global’s staff come from George Soros’s Open Society Foundations, the Equal Justice Center, and the Gates Foundation.

According to the Office of the Texas Secretary of State, the coalition was formed in July 2021, which is why it doesn’t have any IRS Form 990 disclosures. 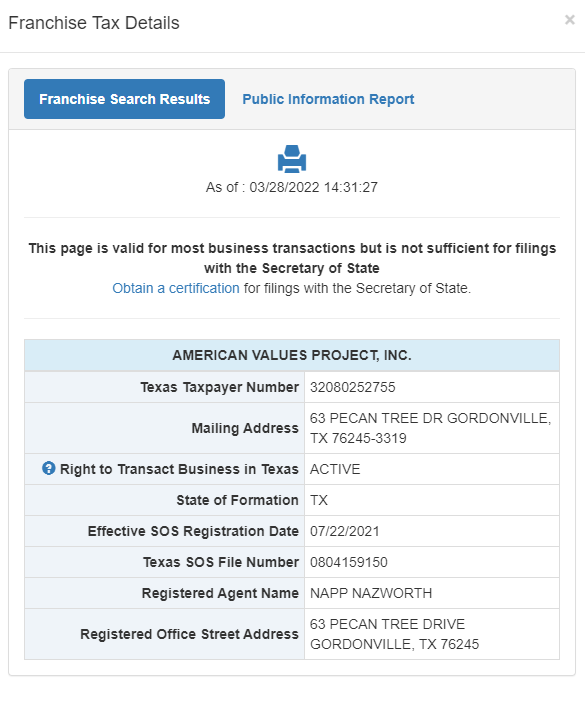 The American Values Coalition is run by Napp Nazworth, who quit his job as editor for the Christian Post in 2019 after the paper endorsed Trump’s reelection campaign. Nazworth is viciously opposed to Trump and anyone who voted for him. In 2020, he contributed a scathing article (“Race-Baiter, Misogynist, and Fool”) to the book The Spiritual Danger of Donald Trump: 30 Evangelical Christians on Justice, Truth, and Moral Integrity, which was edited by arch-liberal activist Ron Sider. To Nazworth, it’s impossible to be a Trump-supporting Christian, “a walking repudiation of all that Christianity holds dear.”

It’s a short jump from there to accusing antiwar Republicans of shilling for Vladimir Putin (check), denouncing parents furious over wokeism in mediocre public schools as virtual terrorists (check), declaring conservatives guilty of spreading “misinformation” and “fake news” (check), and even condemning pro-life students as hateful for pointing out the biological reality that men cannot conceive (check) because it’s a “slight” against transgender people.

That last point was written by coalition co-founder Daniel Green, a Democrat who uses the old trick of claiming that “pro-life” means supporting mass illegal immigration, global warming policies, and transgenderism. “If being Pro-Life means only protecting the unborn, then the term is essentially meaningless,” he wrote in November. These are the same folks who say that they’re defending “family, tradition, and integrity,” by the way.

This isn’t our first run-in with self-proclaimed Evangelicals carrying the Left’s water. I’ve documented how these front groups are funded by left-wing foundations to push “creation care”—code for extreme climate activism—and “social justice.” As always, the enemy comes dressed in sheep’s clothing.