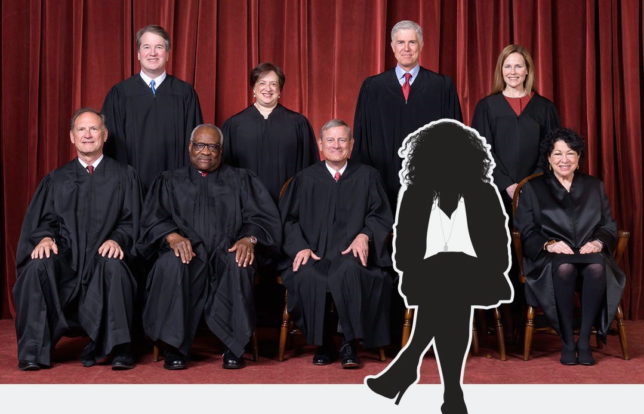 Biden vowed on the 2020 campaign trail to nominate a black woman to the Supreme Court in the event of a vacancy during his administration. Egging him on was Demand Justice, a far-left judicial pressure group incubated by the $1.7 billion “dark money” network run by Arabella Advisors, a top consultant to left-wing funders in Washington, DC, and the activists behind Biden’s shortlist of judicial nominees. 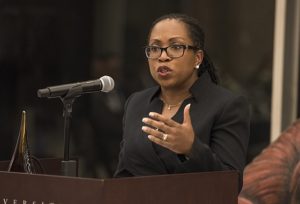 Now Demand Justice has pledged a $1 million ad campaign backing Jackson’s confirmation, though the spending spree could range far higher than that.

“Supreme Court confirmations have gotten too political,” Demand Justice wails. “We need structural court reform to depoliticize the Court once and for all.”

Demand Justice is the key activist group behind the professional Left’s latest push to pack the Supreme Court with radical justices. It also spearheaded a group of 13 left-wing progressive organizations that called on Justice Breyer to retire before the Republicans could retake the Senate in the 2022 midterms.

These same activists helped fast track Jackson from a DC lower court to fill the seat on the U.S. Court of Appeals for the District of Columbia Circuit that Attorney General Merrick Garland vacated last June. The DC Circuit is widely considered a “proving ground” for future Supreme Court nominees. She was confirmed in June by a vote of 53-44 in the Senate. On February 25, 2022, Biden announced he was nominating Brown—after a scant eight months on the appellate court—to the nation’s highest court.

Justice Breyer intends to retire from his position at the end of the current term (June or July). The nomination sets up a showdown in the (barely) Democratic-controlled Senate, just before the 2022 midterm elections.

Of People and Money

Demand Justice only recently (May 2021) became an independent 501(c)(4) nonprofit. It was originally formed in 2018 as a front for Arabella’s 501(c)(4) Sixteen Thirty Fund—though like most Arabella creations that connection is unmentioned on its website and donation page. However, “Demand Justice” is listed among Sixteen Thirty Fund’s trade names.

The group’s super PAC arm spent $470,000 in independent expenditures in the 2020 election—95 percent of which went back to the Sixteen Thirty Fund as “fundraising event” fees and “staff time.”

That’s par for the course, by the way—Arabella Advisors has made over $182 million since 2008 by renting out its staff, office space, and consulting services to its in-house nonprofits in this fashion.

After spending untold millions of dollars in lost judicial battles, Demand Justice deserves credit for advancing the “dark money” Left’s preferred nominee up the judicial ladder, possibly onto the Supreme Court itself.