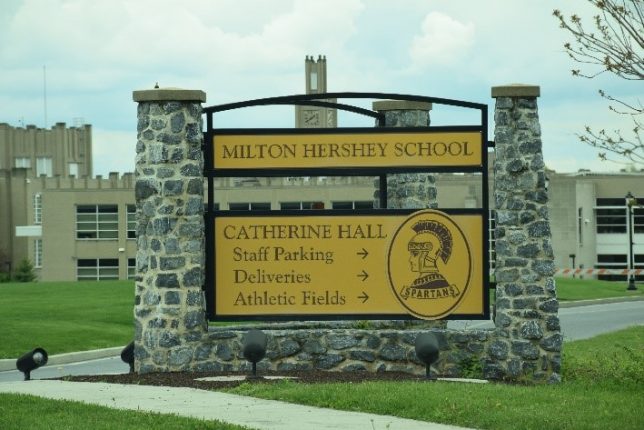 What Should Hershey Spend Its Money On?

The 2016 Hershey Trust settlement, like the earlier ones in 2013 and 2003, instituted marginal reforms that did not address the fundamental problem of the arrangement Milton Hershey set up back in 1909: that the Milton Hershey School, whose endowment is currently 25 percent larger than that of the University of Pennsylvania, had far too much money for its intended purpose. As Florida State law professor Robert H. Sitkoff told the Philadelphia Inquirer in November, when a charity “has resources out of proportion to its mission, you invite waste and mismanagement because there is all this slack. The trend in the law is to expand the charitable purpose, not buy golf courses.”

One month later, two Hershey Trust board members, former Pennsylvania insurance commissioner M. Diane Koken and James Brown, who had served as chief of staff to both Democratic Gov. Bob Casey and his son, Sen. Bob Casey Jr. (D-Pennsylvania) were nominated to the Hershey Company board. Unlike past practice, Koken and Brown agreed to only accept the $240,000 Hershey Company board fee as compensation, as they declined to double-dip and accept the additional $80,000 fee from the Hershey Trust board.

In August 2017 the Hershey Trust announced it was selling 4.5 million of its Hershey Company shares for $475 million, reducing its holdings in the chocolate company by 6 percent. The trust still owned 8 percent of the voting shares of Hershey Company common, worth $7.8 billion.

The Trust’s fundamental problem is in the way of a negative-positive: It has too much money for its intended purpose. Milton Hershey wanted to help poor, struggling children succeed in life. He did not intend for his wealth to be spent on lavish buildings, fancy clothes, expensive land deals, first-class travel, and white-shoe lawyers. (Indeed, the alumni association stated in one 2006 court document that the Milton Hershey School could serve 8,000 students instead of the 1,750 it was enrolling at the time and that if the school had “prudently husbanded its resources” and expanded its scope it “could today end Pennsylvania foster care as it is now known.”)

The spirit of donor intent stresses that modifications to a will should be done cy pres, or as close as possible to what a donor would have wanted were he still alive. With that in mind, the 1909 Deed of Trust should be modified in two ways:

First, Hershey’s will limited the Trust’s spending to Derry Township, which includes the town of Hershey. One modification would be to expand the spending limit to encompass all of southeastern Pennsylvania, an area that would include the cities of York, Lancaster, Harrisburg, and Philadelphia. That said, the recipients of the Trust’s grants should not expand beyond these cities. Milton Hershey did not want to create a national organization with his fortune, he wanted to help his fellow southeastern Pennsylvanians.

Second, Milton Hershey’s will further limited grants to the Milton Hershey School only. This grantmaking restriction should be removed, as long as his mandate that the funds be use for the benefit of deserving low-income children remains in place. Hershey’s fortune should be used to create a private operating foundation, albeit one where the Milton Hershey School remains its largest single recipient. Here’s a suggestion: Hershey’s wealth could be used to enable a needy student to pay half the tuition at a qualified private school, even if that school isn’t Hershey. Since the goal of donor intent here is to distort Milton Hershey’s wishes as little as possible, such scholarships make a more superior vehicle than creating new charter schools or funding schools in Pennsylvania with a similar mission.

Without these simple changes, the vast endowment of the Hershey Trust will continue to be squandered on frills Milton S. Hershey could not imagine and would not want.

The trust needs to be modified, in relatively small but necessary ways. The goal should be to help children—not mismanage the organization and benefit.