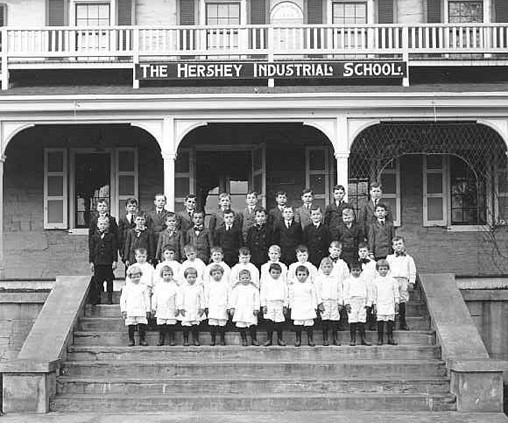 The continuing Hershey Trust case influenced the 2012 Pennsylvania attorney general’s contest, with Republican David Freed promising to appoint an independent prosecutor to handle the case because his father-in-law was LeRoy Zimmerman. Democrat Kathleen Kane responded, “I am an independent prosecutor, and Mr. Freed would have to hire one.” She won the election.

In May 2013, Kane announced that the state’s investigation of the Hershey Trust had concluded. The state found no improprieties in the trust’s purchase of the Wren Dale or Pumpkin World properties, but still imposed a requirement that it should notify the state of any property purchase that cost more than $250,000 or had a lease of more than three years. Compensation for members of the Hershey Trust board was reduced to $30,000 a year, with the chair of the trust being able to earn an extra $10,000. The ability of board members to serve on more than one board was sharply curtailed, and board members were required to fly coach while engaged on any Hershey business. Finally, the state said the trust should use its “best efforts” to find experts on at-risk students or residential education to serve on the board.

The Lancaster New Era, in an editorial, approved Attorney General Kane’s decision, but added that the decision didn’t explain why the Hershey Trust felt compelled to spend a lot of money on land that the Milton Hershey School might never need. “The Trust’s wheeling and dealing up to this point has emitted an odor,” the newspaper said, “and it doesn’t smell like chocolate.”

The settlement between the Pennsylvania Attorney General’s office and the Hershey Trust lasted only three years.

From Settlement to More Lawsuits

Ridiculously, the chief accomplishment of the Hershey Trust board from 2013 to 2015 was to spend vast amounts of the trust’s funds suing each other.

After other board members complained about Cavanaugh Sr.’s nepotistic efforts to use his position with the Hershey Trust to get his son a summer job, they hired the law firm of Weil, Gotshal, and Manges to investigate the matter. The lawyers eventually released a 17-page report stating “we do not believe undue influence was applied” to get Robert Cavanaugh Jr. an internship, and that John Milne “followed his typical hiring process” in awarding the internship to him. Weil, Gotshal then billed the Hershey Trust $650,000 for their work!

Meanwhile, Robert Cavanaugh Sr., according to the New York Times’s David Segal, continued his machinations. Segal obtained a memo written by Hershey Trust chief compliance officer Marc Woolley in which Woolley summarized a conversation he had with Cavanaugh in September 2015. In the memo, the content of which Cavanaugh disputes, Woolley said that Cavanaugh claimed he wanted to “take out” board members who were conducting a “smear campaign” against him. Woolley also claimed that Cavanaugh was going to use a “suicide parachute,” although it’s not clear what Cavanaugh meant by this.

Woolley was then fired by the Hershey Trust in July on the grounds that he was a “disgruntled employee” who had repeatedly badmouthed his employer. But he wasn’t the only member of the Hershey Trust legal staff pushed out the door. Bob Estey, the trust’s general counsel, resigned after he plead guilty to one count of wire fraud. Estey, a top adviser to Democratic Gov. Ed Rendell from 2003-07, had been enlisted in an FBI sting operation that took place shortly before being hired by the Hershey Trust in October 2011. The FBI operation had Estey posing as a lobbyist handing out corporate campaign contributions—an activity forbidden by Pennsylvania law. Prosecutors also charged Estey with taking $20,000 from the government for these “campaign contributions” and keeping $13,000 of that money. In 2017, Estey was sentenced to probation and was disbarred.

The Hershey Trust, again per Fernandez’s reportage, is also currently facing lawsuits concerning student conduct at the Milton Hershey School. These include:

In July 2016, the Pennsylvania Attorney General’s Office issued a new agreement regarding the Hershey Trust and the Milton Hershey School. Among the new provisions of the agreement:

The Hershey Trust board was asked to “use their best efforts” to find new board members “whose education, training, and experience reflect the full range of the board’s responsibilities, including, but not limited to: at risk/dependent children; residential childhood education; financial and business investment; and real estate management.” [1]

[1] Ironically, Attorney General Kane could not make the public announcement of the most recent settlement with the Hershey Trust: she had been disbarred. In August, she was convicted of nine counts of perjury, criminal conspiracy, and obstruction of justice over a 2014 incident. The Philadelphia Inquirer found she had shut down a sting operation which found Democratic elected officials from Philadelphia accepting gifts, money, and jewelry from undercover operatives. Kane retaliated by leaking grand jury testimony to the Philadelphia Daily News about the finances of former Philadelphia NAACP leader J. Whyatt Mondesire, who was never charged with a crime. Kane then lied about leaking the testimony. As of February 2018, Kane is appealing her conviction and has not spent any time in prison.

In the final installment of Milton’s Bittersweet Legacy, we look at possible ways to right the ship of the Hershey Trust.