Job Murder Most Foul, Brought to California with a Union Label 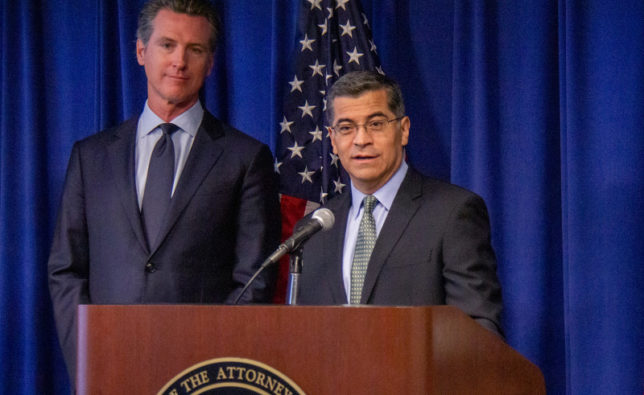 This week, in response to a court decision, Uber and Lyft announced that they would at least temporarily shut down their operations in California. At issue is the controversial union-sponsored law Assembly Bill 5 (AB5), which the court held requires the rideshare platforms to classify their drivers as employees, not independent contractors. Rideshare drivers face losing their incomes, though an appeals court has granted a temporary stay that will allow the rideshare applications to continue operating.

But one thing is clear: A prospective shutdown and the attendant job losses are not some unintended consequence of the Left not understanding market economics. The unions and the union-backed politicians who sponsored AB 5 wanted Uber and Lyft to suffer, and they mean for the war on “gig workers” to spread nationwide.

The technical policy at issue concerns “worker classification.” In broad terms, there are two kinds of workers: employees and independent contractors. And businesses and workers have different responsibilities depending on which type of worker the workers are.

The clear-cut cases are fairly obvious and illustrative. Consider a factory line-worker: The business decides how he works, which shift, how long, and the pay. Often the business also limits his ability to conduct similar work for other businesses. This worker is an employee: He is not “free from control and direction in connection with the performance of the service, both under the contract for the performance of service and in fact.” Easy.

Consider instead a hired handyman. He works on a project stipulated by the homeowner, but under his own direction pursuant to mutually negotiated terms. He is “free from control and direction in connection with the performance of the service.” The homeowner only stipulates basic rules and protocols that last only until the completion of the service at which point the relationship naturally expires. This handyman is an independent contractor—a businessman working for himself performing services for others.

The rideshare companies have argued that their drivers are independent contractors, and they have a solid case under this classical “common law” standard. Drivers set their own hours and shift timing, employ their own cars in their work, and in many cases can work for multiple competing platforms semi-simultaneously. The drivers are plausibly “free from control and direction” even though they operate within certain parameters set by the platforms. The rideshare driver is an independent businessperson, employing his or her own private car to serve customers using the ridesharing application as a sort of brokerage.

Seeing this non-problem, California decided to “solve” it by changing the test for independent contracting to the “A-B-C Test.” The A-B-C Test adds two additional criteria to the common-law employment test (which it calls “A”): It requires using the “employee” classification unless “the service is performed outside the usual course of the business of the employer” (known as “B”) and the worker “is customarily engaged in an independently established trade, occupation, profession, or business of the same nature as that involved in the service” (the “C” criterion).

The restrictiveness of the A-B-C test was demonstrated in December, when sometime AB5 cheerleaders Vox Media released all the company’s paid freelancers based in California. Since Vox Media’s “usual course of the business of the employer” is publishing written journalism, it determined that it could not contract with freelance—independent contractor—writers, so its California-based ones had to go.

So, if AB5 and the A-B-C test lead businesses to shut down operations and cause former contract workers to lose their jobs, who benefits? One special interest does, and it “sponsored” AB5. Big Labor—in the case of AB5, the California Labor Federation AFL-CIO—stands to gain in two ways. The simplest way is in the classification itself: Employees can be forced to unionize in a monopoly-bargaining forced-dues arrangement, as exists in California and other states that allow forced dues; independent contractors cannot.

The other way Big Labor benefits is by kneecapping competitors to old, sclerotic Big Labor–compromised business models. Uber and Lyft compete with the often unionized (and widely criticized) taxicab monopolies. Freelance writers for online media outlets compete with the combat groups of “woke” ideology in the journalist unions at metropolitan newspapers. The unions are following the hardest-edged strategy in the long and sordid history of special-interest politics: If you can’t beat them, ban them.

With Big Labor seeing dues dollar signs and the opportunity to enforce its social and moral codes even deeper into the workforce, no one should be surprised that unions and their front organizations are actively campaigning to copy AB5’s A-B-C test in national labor law. This is a key provision of the unions’ Christmas-wish-list PRO Act, along with curtailing secret ballots in union organizing, increasing the amount of personal information handed over to Big Labor’s organizers, and expanding forced-dues arrangements to all 50 states.

Among the groups spearheading the campaign is the militant union front Working Washington, a recipient of millions of dollars in funding from the Service Employees International Union (SEIU) for its work pushing substantial minimum wage hikes and other employment mandates in the Pacific Northwest. Its PayUp campaign canvassed in support of California’s AB5 and has since expanded nationally in support of A-B-C rules and other mandates.

For now, Uber and Lyft are threatening to close in California alone, but Big Labor is aiming higher. They want to make the whole country a “Hotel California,” where you can check in any time you like but you can never leave.