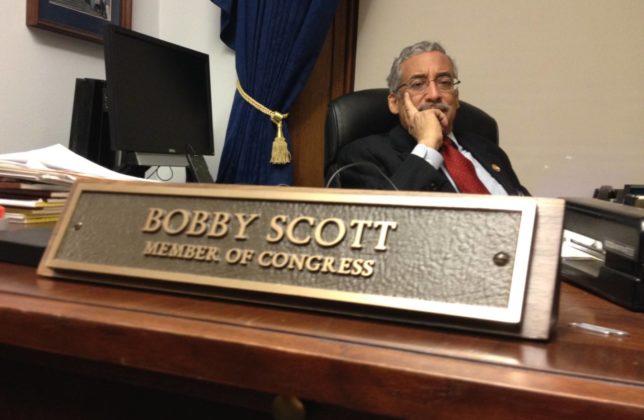 The Washington Examiner reported bad news on March 30 for those watching California destroy its gig economy. House Democrats are trying to take that state’s bad idea and nationalize it.

Bobby Scott, chairman of the House Education and Labor Committee, told reporters: “We intend to expand the scope of this legislation to require [the Occupational Safety and Health Administration] to protect other at-risk workers, including [Transportation Security Administration] workers, direct-care workers, first responders, pharmacists, grocery store workers, and other workers at essential establishments that remain open. We’re concerned that self-employed workers, including the so-called gig economy workers who are frequently misclassified as independent contractors rather than employees, are excluded from coverage of OSHA and have few legal protections from unsafe working conditions. These workers are keeping our communities going right now. They also need to be protected.”

According to federal public health authorities, for at least the next month, “social distancing” rules will continue. And one of the few things making the civic-minded cabin fever tolerable is the availability of delivery services for groceries and restaurant food, often provided by independent contractors through so-called “gig” services such as Instacart, Uber Eats, and DoorDash.

For workers and cooped-up citizens, the benefits of such services are obvious. Restaurant deliveries help keep restaurants afloat as states order them to close their dining rooms. Grocery deliveries allow those considered most at-risk from coronavirus infection, such as the elderly, to remain home, limiting their potential exposure to infection. And for workers able to take such risks, the ability to independently make money on the side could prove crucial to making rent, paying bills, and keeping what passes for “normal” life ongoing. After all, nearly 10 million people have applied for unemployment assistance in the last few weeks.

Unfortunately, for Big Labor and its allies in Congress, this worker independence is a problem. It is an alternative to the dues-paying cartel model that unions have operated under since the federal government recognized mandatory monopoly bargaining in the 1930s. So, as with the federal government worker unions that sought kickbacks in the third coronavirus relief bill that passed in late March, Big Labor’s allies on the House Education and Labor Committee are promising changes to independent contractor laws.

Although legislative language has not been released, state-level initiatives and the guts of Big Labor’s Christmas wish list PRO Act bill can give guidance as to what unions and their allies will seek in the next round of bailouts. The state law in California, known as “AB5,” essentially banned most independent contracting work and freelance writing; Vox, a left-leaning online media outlet, responded to the law by laying off its California-based freelancers.

The PRO Act would duplicate California’s rules and take them nationwide, spreading cutbacks by freelance-reliant firms and independent delivery-style services right when businesses and workers need them most. To condition relief for citizens and businesses on severe restrictions on their ability to find and provide work would just exacerbate the crisis.

Perhaps it’s not enough to suggest the House aid bill drafters were following Rahm Emanuel’s maxim, “Never let a serious crisis go to waste.” They are acting like they have never seen a good crisis they don’t want to make worse.

This commentary first appeared in Washington Examiner on April 7, 2020.