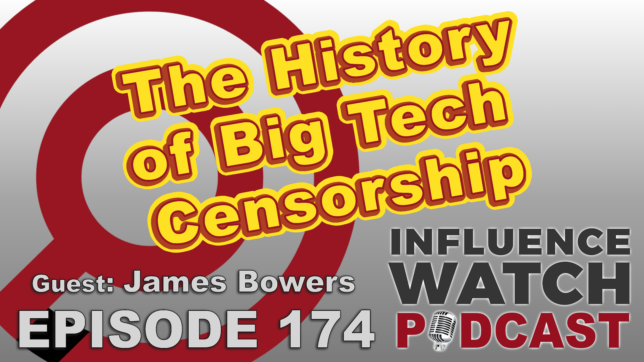 Hello, I’m Michael Watson and this is the InfluenceWatch Podcast. “Big Tech”—the major social media and online communications companies like Facebook, Apple, Amazon, Netflix, and Google—FAANG, for short. Especially since Facebook and Twitter banned the then-still-sitting President Donald Trump from their services after the riot at the U.S. Capitol in January, conservatives have expressed increasing alarm at the power of Big Tech to remove voices not in alignment with Current Year liberalism from the internet. Joining me to discuss the history of Big Tech censorship and the prospects for reform is James Bowers, managing director of Challenge Censorship.