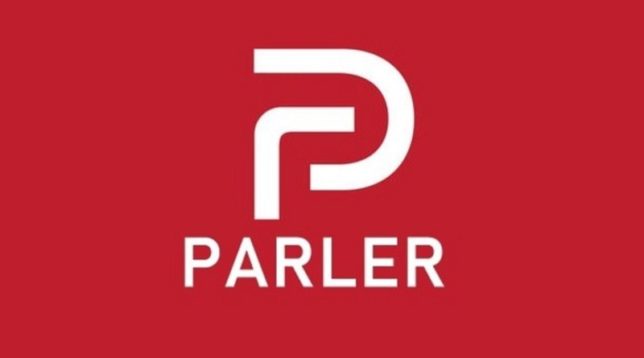 Apple followed Google’s lead on the morning of January 9, a Saturday. Apple announced Parler’s removal from the App Store stating:

We have always supported diverse points of view being represented on the App Store, but there is no place on our platform for threats of violence and illegal activity. Parler has not taken adequate measures to address the proliferation of these threats to people’s safety.

More than 99 percent of Americans use an Apple or Android phone. Two companies unilaterally decided the number one app in the world should not exist. Several months later, in mid-April, Apple reversed its decision and reinstated Parler’s app, but the damage was done.

Amazon completed the censorship trifecta. They notified Parler that it would be removed from its web servers on Sunday, January 10. Amazon web servers are home to 40 percent of the internet’s websites. After Amazon removed it, Parler was left completely unreachable via app or internet browser.

Over a single weekend, the executives of Apple, Amazon, and Google—along with all of their attorneys and public relations officials—supposedly decided independently of each other that Parler should not exist and its 15 million users should be silenced.

Americans were justifiably jarred by the riots on January 6, and Big Tech executives were eager to place blame on Parler.

Sandberg made her statement before much was known about the riot or how it was organized. Apple, Google, and Amazon also made their decisions to remove Parler before they knew anything about the riots. The House Committee on Oversight and Reform launched an investigation into Parler for its role in the riots, without considering Facebook, Twitter, YouTube, or any other social media platform that may have been home to the rioters.

By February, the picture of the riots was becoming clear. The Justice Department had made dozens of arrests and conducted preliminary interviews with many of the alleged rioters. According to an analysis of the charging documents by Forbes, Parler was mentioned eight times by the rioters. Facebook was mentioned 73 times. YouTube, a product of Google, was mentioned 24 times. Instagram, a product of Facebook, was mentioned 20 times.

In a letter to Congress as part of the House Oversight Committee’s investigation, Parler highlighted the records from the Justice Department and noted that it had been in direct contact with the FBI ahead of the riots. Parler had warned the FBI more than 50 times prior to January 6 that users were discussing a possible attack on the U.S. Capitol.

The corporations and politicians who maligned Parler had two main motivators. Liberal politicians wanted to silence Parler because it became the obvious home for conservatives who had suffered years of censorship on Twitter and Facebook. Big Tech executives wanted to silence Parler because it was quickly growing into a major player in the social media industry. Parler’s competitive edge was one Facebook and Twitter had proven they couldn’t tolerate: uncensored speech.

To be clear, rioters planned and bragged about their destruction online, including on Parler. But it’s hardly unique for criminals to misuse social media platforms. Last summer, criminals exploited the Black Lives Matter movement to coordinate rioting and looting on Facebook in response to the death of George Floyd. YouTube, Facebook, and Twitter have all faced criticism for allowing pedophiles to abuse their platforms while preying on children.

As Sandberg said after the Capitol riots, Facebook, Google, Twitter, and others have resources and focus-grouped policies to stop this violence, but they haven’t been able to succeed. Now, Parler, a start-up with fewer than 50 employees, is being held to a higher standard by both the media and Congress.

In the next installment, learn why Big Tech might think it can act with impunity.