A past, and perhaps still present, opportunity. 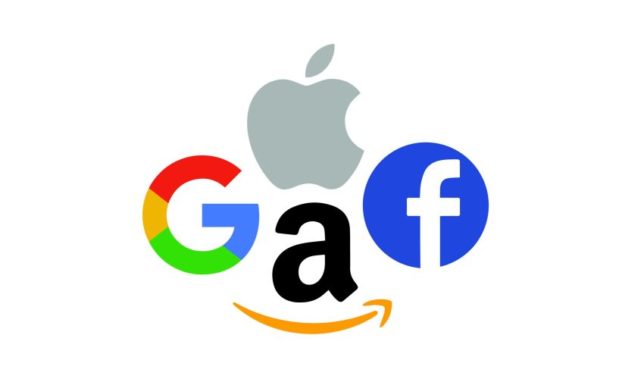 Big Tech sure seems to be in big trouble, with a lot of people and for a lot of reasons. During the past couple of years, it’s variously angered liberals and conservatives, Republicans and Democrats. And in the past couple of weeks and months, it’s been the subject of further fury. And there may be much more in coming months and years.

In the midst of this tumult over tech, we’ve thought back to the forward-looking article below. It was originally published as “An Opportunity for Conservative Givers” by InsideSources on October 23, 2017.

We’re not that far away from an all-out war on Big Tech. This war—or perhaps wars—is shaping up to be some combination of cross-ideological and bipartisan. The Left and the Right may have different specific complaints with the most-powerful sector in global business, but the concerns about the unintended consequences of monopolies are strangely similar.

Given the mantra of “creative destruction” we’ve heard from Big Tech for years, it’s ironic to consider the opportunities that could be created if the sector stumbles.

To oversimplify, many conservatives plausibly believe that the liberal Silicon Valley-headquartered Facebook and Google discriminate against them and their viewpoints. They increasingly see it in corporate culture wars (the intolerance of diversity of thought at Google or Apple), and in complicated algorithms that pick what content is “OK to be viewed” (Twitter banning Marsha Blackburn’s pro-life campaign ad), among other things.

This disparate treatment of conservatism is exaggerated by the Big Techies’ very Bigness. This bigness also raises the barrier to entry for any center-right or conservative-minded competitors.

Conservatives ask: Can’t we do something about this kind of monopolistic behavior?

Meanwhile, across the aisle, a growing number of liberals and progressives are fighting mad at Facebook and Google, along with Amazon, Apple and Microsoft, and maybe even Uber. To oversimplify, they worry that a menacing and moneyed Big Tech is snuffing out competition and oversight. There have been several good long-form articles on the issue, but the most self-contained analysis can be found in an influential new book World Without Mind: The Existential Threat of Big Tech by Franklin Foer of The Atlantic and formerly a fellow of the New America think tank.

On the Left, these tensions finally came to a head when Google overbearingly forced New America to fire Barry Lynn after he wrote a post criticizing Google, a donor to New America. At the time, Lynn directed the think tank’s Open Markets Program. He broadly argues that liberals and Democrats have become far too comfortable with corporate money and power, and he advocates for a policy of breaking up monopolies.

Liberals ask: Can’t we do something about this kind of monopolistic behavior?

Open Markets had an idea or two about rethinking monopolies. Helped by the attention Google gave it by its own aggressive over reaction to criticism, Lynn’s think-tank project is now its own separate, free-standing nonprofit—the Open Markets Institute. Foer sits on its board of directors.

If some liberals are talking respectfully about competition and open markets, conservatives should actively seek out common ground. At core, the many conservatives and the Lynn-like liberals are both against the Bigness of Big Tech—including the way Big Tech uses the arsenal of weapons that bigness brings with it. (To be sure, the Open Markets’ argument is much more expansive and would involve more market controls than conservatives would ever want to see.)

As Politico’s Danny Vinik notes, the conservative legal scholar Robert Bork developed the “consumer-welfare” framework of antitrust enforcement that Lynn thinks too weak. Yet even that “weak” framework would allow for more action—if not outright “war”—on Big Tech.

Open Markets—both the larger concept and the specific new nonprofit endeavor—will continue to exacerbate tensions within liberalism. If conservatives (read: conservative donors) are truly worried about Big Tech’s unfair treatment of conservative culture and messaging, perhaps one or two should consider what opportunities there could be in working together on some well-defined projects and research.

This could mean departing from Bork’s narrower antitrust framework—or working within a broader version of it to see if Big Tech’s monopolistic bigness is actually harming the welfare of consumers. (Some economists are already trying to broaden the way in which that welfare is measured.) Perhaps a conservative foundation could directly support a specific Open Markets Institute program to explore this question (assuming it would be willing to accept funding). Perhaps another funder could envision a separate, complementary project or group that taps into the same issue or larger sentiments surrounding it.

A few conservative supporters of this war on Big Tech could prove both strategic and effective. Who will be the first to lead?

This article first appeared in InsideSources on October 23, 2017. Subheadings added.