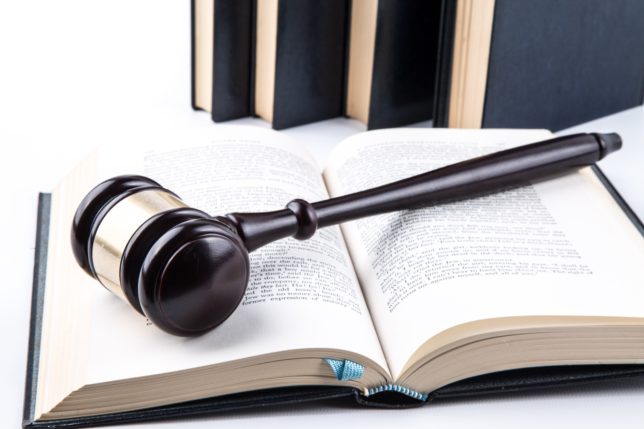 Right-to-work laws are often misunderstood. They do not prohibit unionization or interfere in the union organizing process or limit unions’ powers to strike or conduct other industrial action. What they do is deny unions that choose to engage in monopoly representation of a workplace the power to force non-union members in that workplace to pay for the “representation” they do not want.

When Indiana enacted a right-to-work law, Operating Engineers Local 150 sued to have it struck down as literal slavery. (The union lost).

This makes the latest National Right to Work Legal Defense Foundation (NRTWLDF) case update extremely curious. The foundation is a public interest law outfit that represents workers oppressed by unions that they are typically trying to leave. In this case, the foundation petitioned the National Labor Relations Board to allow a unit of Indiana workers forced to accept Carpenters Union representation to vote to oust the union.

That isn’t unusual. Unions often file “blocking charges” to delay decertification votes or have petitions thrown out for alleged improper management intervention. What is unusual is how emphatic the anti-union sentiment is in this Indiana bargaining unit:

With free legal aid from the National Right to Work Legal Defense Foundation, Halkias submitted a decertification petition to Region 13 of the National Labor Relations Board (NLRB), signed by every member of his unit, to remove IKORCC officials from their workplace.

Despite unanimous agreement by the unit’s workers to hold a vote to oust IKORCC bosses, Region 13 officials rejected the decertification petition. The Board is demanding that the Indiana employer bargain with IKORCC bosses, even though none of its employees want the union to “represent” them.

So, all the workers quit the union (making them eligible to refrain from paying the union anything under Indiana’s right-to-work law) and petitioned to remove its monopoly bargaining power and the union . . . said no and insisted on bargaining “on their behalf” anyway. Incidentally, a rule under federal labor law makes it “illegal for an employer to engage in monopoly bargaining with a union that it knows lacks the support of at least a bare majority of workers,” according to NRTW.

Now, if the union really were impossibly inconvenienced, nay, literally enslaved, when it represented nonmembers, presumably the Indiana Carpenters Union would simply have declared “we are free” when the last unit member quit the union and stopped purporting to represent its now non-existent members. But it didn’t and has fought all the way to Washington, DC, to continue negotiating for the unit.

The “why” dispels the entire fiction of unions’ “free rider” claims about right to work laws—and it was seen by the Indiana Supreme Court in its ruling tossing the challenge to the state’s right to work law. Federal labor law gives certified unions a powerful privilege: The authority to compel the employer to negotiate with the union as the sole representative for all the relevant employees. The “duty of fair representation” for covered nonmembers applies only in this monopoly setting, as the court noted:

The Union’s federal obligation to represent all employees in a bargaining unit is optional; it occurs only when the union elects to be the exclusive bargaining agent, for which it is justly compensated by the right to bargain exclusively with the employer.

The power of exclusive monopoly representation is a substantial benefit to the union. That is why the Carpenters have fought NRTW’s clients all the way to Washington. That a union would fight to represent a unit with no dues-paying members puts the myth to the claims that workers forced to accept union representation they would rather reject are somehow “free riders.”