If Obamacare is Hurting You, There Are Alternatives 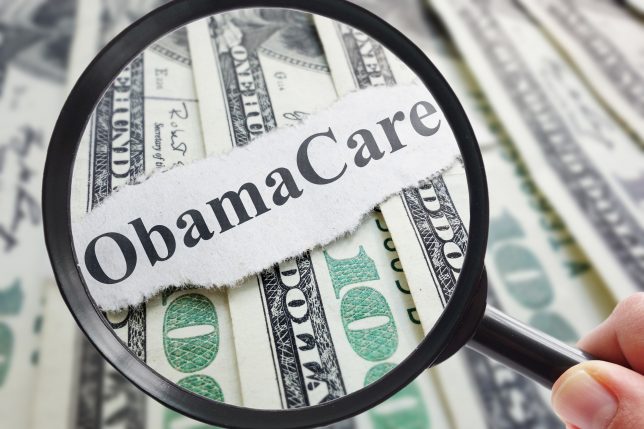 Summary: Controversy continues to swirl around Obamacare and its problems. The scariest issue: the skyrocketing costs many Americans will face this year. But there are real alternatives, including some private-sector efforts that harken back to the mutual aid societies that once flourished in the U.S.

The Affordable Care Act, aka Obamacare, has transformed American healthcare. Some of these changes have benefitted some Americans, but the Act’s vast expansion of the welfare state has stuck many other Americans with the bill. Recently, news broke that Obamacare premiums are set to increase by 22 percent. That is a significant burden for many families. Concerns continue to grow that Obamacare is not affordable for middle class families.

Obamacare includes an “individual mandate” that requires most Americans to have health insurance or pay a penalty. The amount of the penalty is 2.5% of the total household adjusted gross income. That can be a big chunk of change, yet for many Americans paying the penalty could be a better deal than purchasing the high-end insurance Obamacare demands.

If you decide it’s cheaper to take the Obamacare penalty, you have two choices. You can hope you don’t get sick or you can buy short-term health insurance.

the bureaucracies that insurance companies working under government mandates have set up.

For example, “cash clinics” have exploded over the past few years. ese medical clinics take only cash and/or credit cards but do not accept or submit insurance claims, and they do not work with any health insurance companies (although patients can try asking their own insurance company to reimburse them for expenses incurred at cash clinics). Unlike most healthcare providers, cash clinics are upfront with their pricing. And since they have to compete with more conventional clinics, cash clinics have an incentive to keep costs down.

Cash clinics may be an adequate option for everything except emergency care. But buying short-term insurance still doesn’t prevent you from being whacked by Obamacare’s fines. Is there a solution for those who want to completely opt out of Obamacare?

Over the past few years, so-called “health shares” have become popular. They are run by religious organizations. The most popular one is called Liberty HealthShare, run by Gospel Light Mennonite Church Medical Aid Plan, Inc. With health-sharing, members pay monthly “contributions” that go into their “share box,” and when a member submits an eligible bill, it is paid out of multiple members’ share boxes. In other words, health-sharing functions more or less like a conventional insurance program, but it technically is not insurance.

If Liberty HealthShare applicants are overweight or suffer from manageable pre-existing conditions, they will be asked to agree to enroll in Health Trac. In exchange for paying

an additional fee, Health Trac enrollees work with a coach to make lifestyle choices such as changing diets and setting realistic goals. Participants are required to contact their coach at least once a month, but they have access to their coach at their convenience. Finally, once the health goals are achieved, the participant can leave the program.

Most importantly, members of Liberty HealthShare and other religion-based organizations do not have to pay Obamacare fines. Yet that has not stopped some state regulators from trying to outlaw them.

The concept of health sharing is not much different from the “mutual aid” societies that existed before the welfare state. In exchange for monthly dues, the organization would cover medical expenses and other benefits. It would also help members find a job if they became unemployed, and it would discipline members who neglected their families and other responsibilities.

The concept of health sharing is not much different from the “mutual aid” societies that existed before the welfare state.

Many of these societies had local lodges that had formal meetings. Members—who were often poorly educated—were taught at the meetings to balance books, keep minutes, and do other tasks required to hold meetings. The gatherings and the education received at them gave members self-respect in a society where they often had no power. Most importantly, they gave their members a sense of community. Health sharing networks like Liberty HealthShare try to do the same.

In short, persons who do not want to participate in Obamacare can find ways to opt-out of the system even before it is fully repealed. Many of these opt-outs could lay the foundation for an entirely new healthcare system.