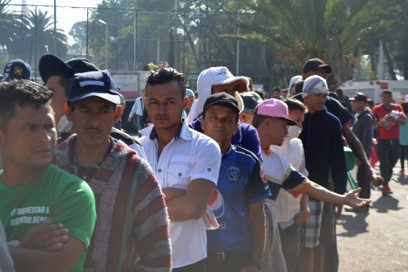 Open Society Foundations are extremely active in Latin America, having spent more than $100 million in 2015–2017, with another $36 million budgeted for 2018, to influence societies, politics, and economics in the region. OSF intervention in Latin America also coincided with the “pink tide,” a wave of new left-wing governments throughout much of Latin America.

Guatemala, in particular, seems to have attracted OSF’s attention, likely because it elected a conservative populist president in 2016. In fact, OSF dispersed millions in grants to Guatemala-based organizations that support various aspects of the Soros philosophy, including open borders. Judicial Watch has identified at least 14 organizations active in Guatemala that received funding from both OSF and the U.S. government. This raises the question of whether OSF was using these organizations to redirect U.S. funding toward Soros’s objectives—which appears to have happened on a large scale in Europe, especially in Ukraine.

It is in this environment that the 2018 caravans assembled. The 2018 caravans were the latest waves of an ongoing migration that nonprofits have been facilitating for at least 15 years. In 2018, political unrest in Honduras after the rigged presidential election contributed to larger numbers of Hondurans deciding to migrate.

Despite claims that the caravans were spontaneous migrations, the involvement of U.S. and Latin American activist organizations suggests otherwise. Referencing a caravan that started in San Pedro Sula in northern Honduras, Guatemalan officials were more blunt, stating that it was an “elaborately planned” migration that had been infiltrated by a number of Special Interest Aliens from the countries such as Bangladesh, Sri Lanka, and Angola; MS-13 gang members”; and other criminals. Guatemalan President Jimmy Morales and other officials explicitly blamed “Leftist organizations” for the caravans. The extent to which the officials political interests colored their statements is unknown.

Indeed, media narratives of desperate migrants—including many women and children—spontaneously deciding to flee their homes appear naive. Granted, NBC News reported that members of one caravan in April 2018 were overwhelmingly Honduran and included 400 women and 300 minors. Yet in October, Judicial Watch investigators came across “a rowdy group of about 600 men” marching north near Chiquimula, Guatemalan, seeking jobs in the United States—not exactly poster children fleeing unrest at home.

Again, the linkages from the caravans back to OSF and Soros are unproven, but there are credible grounds for suspicions, with the added concern that U.S. government funding was co-opted for OSF purposes. Especially during the Obama administration there was considerable overlap between OSF grants and U.S. government funding of Guatemalan organizations.

At the very least, Congress should audit government funding that went to organizations also funded by the Open Society Foundations to ensure that they were used as intended by the U.S. government.

Similarly, the executive branch should investigate whether U.S.-based nonprofits conspired to break U.S. laws or the laws of any Latin American countries, prosecuting any serious violations.

The author is grateful to Chris Hull, Hayden Ludwig, and the InfluenceWatch staff for their research, which provided much of the foundation for this article.