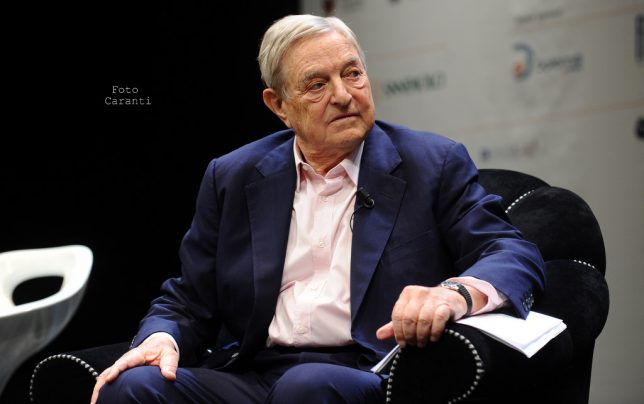 Over the years, George Soros developed a theory of reflexivity that has guided his investments and his philanthropy. While studying at the London School of Economics, he was greatly influenced by philosopher Karl Poffer’s idea of the “open society.” The following quotes and paraphrases highlight some aspects of Soros’s philosophy:

Soros’s theory of reflexivity focuses on “the gap between perception and reality” and explains why markets can at times “tend toward excesses” rather than equilibrium.

“Each form of social organization was found wanting in something that could be found only in its opposite: totalitarian society lacked freedom; Open Society lacked stability.”

“Permanent and perfect solutions are beyond our reach.”

“Temporary solutions are much better than none at all.”

International capitalism “favors the haves over the have nots.”

International capitalism will collapse because “in its present form [it] has proven itself inherently unstable because it lacks adequate regulation.”

Chinese “state capitalism” economic model is a novel and perhaps even desirable approach to economics.

Soros argues, “the spread of market values into all areas of life is endangering our open and democratic society” and that “the main enemy of the open society,” is no longer communism but rather capitalism.

In the next installment of the series, look at the origins of the migrations.