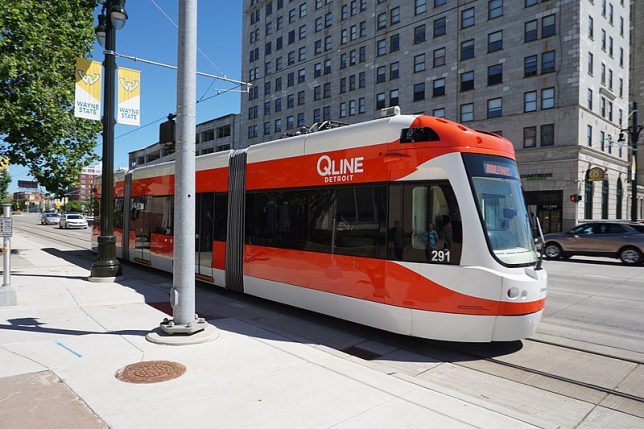 Mike Cox, Michigan’s Attorney General from 2003-2011, was one of those kids born in the ’60s. By 2006, he had had enough of the Ford Foundation’s snubbing of Detroit. Pointing out that the Foundation had originally been organized to assist the region where it was from, his office embarked upon a very public investigation into whether a foundation incorporated in Michigan had an obligation to give a reasonable fraction of its aid within the state.

A year after Cox’s agitation, the Ford Foundation ponied up $25 million for an economic development project. And then in 2013, trustees pledged $125 million over 15 years toward the so-called “grand bargain” that led the city out of bankruptcy.

But this renewed interest in the Motor City from the Ford Foundation quickly bore the hallmark of the foundation’s fetish with failed central planning schemes and taxpayer-funded boondoggles.

Ford will make strategic investments in key metropolitan areas to expand the most promising initiatives and develop models for other regions throughout the nation,” read the release. “Examples of such early investments include support for: Transformative public transportation projects that connect residents to jobs and other opportunities, including the M1 rail in Detroit . . . .

The Foundation’s $4 million M1 donation went toward the $187 million needed to create what has become Detroit’s QLine. Various other private organizations and government entities contributed the rest.

In early May 2017, soon after the 3.3-mile long streetcar began operating, an irreverent rabble of runners began looking at it not as public transportation, but instead as a wounded deer in need of a wolf pack to finish it off. The Atlantic’s CityLab reported on the “Race the QLine 5k,” in which all the runners outran the anachronistic streetcar.

Somehow, the Ford Foundation called this embarrassment an investment in “transformative public transportation.”

QLine trips were free until the end of its inaugural summer. When riders were eventually charged a modest fee—just $1.50 for a three-hour pass—ridership swiftly plummeted far below projections, making the whole project financially unsustainable. By August 2018, after a mere 16 months of QLine operations, Detroit Mayor Mike Duggan announced he already wanted to rip up and reroute the tracks (which are laid on a major city thoroughfare) so as to speed it up.

There’s a powerful symbolic irony. Millions of dollars from the fortune of a Detroit entrepreneur and transportation revolutionary—a carmaker no less—was brought home to be sunk into a ponderous mass transit boondoggle that was hyped as “transformative,” yet obsolete before it ever got moving.

Nevertheless, it’s true Ford Foundation grants to causes in the city of Detroit have increased in recent years. Total donations made to Michigan amounted to $24.9 million for 2015, with $21.7 million of that going to organizations within the Motor City. There was also a resumption of support for the foundation that manages the Henry Ford Museum.

But an institution communicates its missional priorities through its spending. When compared to the Ford Foundation’s other “philanthropic” investments, the city of Detroit barely registers as an area of concern.

For comparison, grantees in just the city of Oakland, California’s eighth largest city, received $16.4 million in 2015. Oakland—a peculiarly favored destination for Ford Foundation giving—had a 2017 population of 425,000, while Michigan’s Oakland County (in the Detroit suburbs) had more than 1.2 million.

Then there was the Foundation’s support for left-wing political advocacy, left wing economic policies, environmentalist activism, and activist labor union causes. That was $50.2 million for 2015—twice that of all grants sent to the state of Michigan.

What’s more, this is a conservative estimate of the leftist spending, filtered narrowly on economic and partisan political causes. It excludes many millions in Ford Foundation grants for organizations involved exclusively with what can be characterized as left-wing social policy programs geared towards abortion access, LGBT issues, criminal justice reform, legal protection for undocumented workers, and immigration policy reform.

For example, the Ford Foundation’s $1.8 million in support for pro-abortion causes in 2015, and the $5.2 million transferred to the left-wing Tides Center and Tides Foundation, are both examples of funding that has not been included in the $50.2 million tabulation.

It also excludes 2015 grants to colleges and universities for projects that correspond with left-wing political and policy agendas. An example of what doesn’t make the list: $300,000 given to the Auburn Theological Seminary in New York City for media training designed to “enhance the multifaith progressive movement for social Justice [sic].”

Examples of the sort of causes that are included in the $50.2 million estimate are as follows:

$1,850,000 for the Center on Budget and Policy Priorities. The policy priorities include defending ObamaCare and sustained criticism of the 2017 tax reform law.

$2,820,000 for the Center for American Progress. Progress is defined as defending ObamaCare and opposing federal tax cuts.

$2,605,000 for the Center for Community Change. One desired change is reflected by an essay on the website entitled: “Why progressives need to mobilize against Trump’s Supreme Court pick.”

$2,400,000 for the National Employment Law Project. Among other projects, they advocate for a $15 minimum wage.

$1,675,000 for Faith in Action (formerly known as the PICO National Network). The actions include a September 4, 2018, news release encouraging voters to save ObamaCare by lobbying U.S. Senators to oppose Brett Kavanaugh’s nomination to the U.S. Supreme Court.

$2,302,729 for the Leadership Conference Education Fund. Leadership calls for a $15 minimum wage and a white paper advocating Medicaid expansion.

The six organizations listed above and six others like them received a total of $24.3 million from the Ford Foundation for 2015, meaning just a dozen left-wing advocacy groups received almost as much as the Foundation gave to all organizations within the state of Michigan during the same year.

Lori McGlinchey is a senior program officer where her “grant making supports civil society organizations and networks working at the intersection of social justice and technology.” Before coming to the Ford Foundation to do that, she “oversaw the Open Society Foundations’ US Internet policy, journalism, and government accountability grant making.”

Vera Mshana “leads the [Ford] foundation’s work on encouraging greater government transparency” and “promoting more participatory and progressive tax and budget systems. . .” Before that, she “was a program officer in the Open Society Foundations’ Fiscal Governance Program.”

Luna Yasui is a senior program officer for civic engagement and government. Before coming to the Ford Foundation, she “worked at the Open Society Foundations, where she managed a portfolio focused on advancing gender justice, LGBT rights, and low-wage worker rights.”

In the conclusion of Ford Abandons Detroit, learn about the donations the Ford Foundation makes that could ultimately hurt its home city.