Federal Rulemaking: Some Are More Equal Than Others 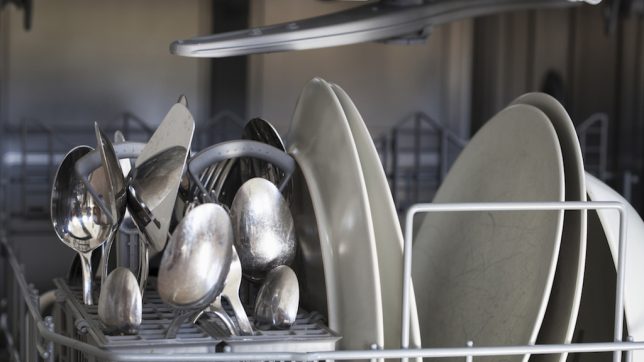 Contrary to myth, frogs don’t swim around, unaware of danger, as the water around them gradually heats to a boil. Only humans are that stupid.

One degree at a time, with Americans little aware, our constitutional republic has morphed into a regime largely controlled by bureaucrats, who propagate far more rules than Congress passes laws. In 2015 alone, federal agencies made 3,554 new rules versus 224 new laws passed by Congress.

In making each rule, the bureaucracy uses a process that shuts out most Americans.

First, an agency consults with “stakeholders,” those with a special interest in an issue, as it cobbles together a proposed rule. Regular people aren’t included.

Consider the rules on dishwashing machines. Beginning in the 1980s, federal regulations dramatically increased the price of dishwashers while slowing them down. (It used to take an hour on average to wash and dry dishes. Now it takes two and a half hours.) Dishwasher manufacturers, “greens,” and other well-organized groups were consulted during the rulemaking process, but not typical American consumers. Today, most people with dishwashers know that the machines work poorly—manufacturers get piles of complaints—but few people have any idea that their own government is the reason for this irritating change.

After an agency proposes a rule, there is a period, usually 30 to 180 days, when members of the public may comment. Comments are supposed to represent the voice of the people, but they’re really the voice of a small segment, those with Washington lobbyists or with staffers who pore through the Federal Register (the government’s journal) looking for proposals that threaten or promote their interests.

In August, I testified at an Environmental Protection Agency hearing on the Renewable Fuel Standard, which requires that gasoline be blended with “renewable” fuels such as ethanol. Within limits, EPA bureaucrats set the level of that requirement.

The hearing was held at the Hyatt Regency near the U.S. Capitol. Some 150 other people also testified, representing the American Coalition for Ethanol, the Iowa Renewable Fuels Association, the National Biodiesel Board, the American Petroleum Institute, and the like, along with environmentalist groups. Those of us who attempted to represent consumers, who are forced to buy this stuff, could be counted on the fingers of one hand.

During my testimony, I noted that the fuel rule obliges “members of the federal bureaucracy—who are neither elected nor accountable to the voters—to do the job that the Constitution gives to Congress. In place of republican democracy, we get hearings, and we get the gathering of comments from those who are well-organized enough to follow the course of proposed regulations and to provide written or oral remarks.” I pointed to row after row of special-interest representatives seated behind me at the hearing. “Not exactly grassroots America,” I said.

“Testing the Limits” of Lobbying Law

When the comments don’t go their way, bureaucrats cheat.

That happened with the Waters of the United States, one of the few proposed sets of rules to which millions of Americans paid attention. The federal government is supposed to make the rules for waters that carry people and goods between countries or between the various states of our nation, but the EPA wanted to expand its power, giving itself control of virtually every stream, creek, pond, and ditch in the country.

The New York Times exposed the EPA’s attempt to manufacture the appearance of public support for the rule. “In a campaign that tests the limits of federal lobbying law, the agency orchestrated a drive to counter political opposition from Republicans and enlist public support in concert with liberal environmental groups and a grass-roots organization aligned with President Obama.”

The EPA “sponsored a drive on Facebook and Twitter to promote its proposed clean water rule in conjunction with the Sierra Club. At the same time, Organizing for Action, a grass-roots group with deep ties to Mr. Obama, was also pushing the rule. They urged the public to flood the agency with positive comments to counter opposition from farming and industry groups.” EPA Administrator Gina McCarthy pointed to the favorable response. “We have received over one million comments, and 87.1 percent of those comments we have counted so far . . . are supportive of this rule,” she told a Senate committee.

Meanwhile, they threw away comments they didn’t like. The Washington Times reported that, when Ken Kopocis, head of the EPA’s Office of Water, was pressed by a member of Congress “to divulge the ratio of positive comments to negative comments on the rule, Kopocis demurred. He said many of the comments both pro and con were part of mass mailing campaigns, and the EPA discarded them.”

Normal people, upon learning details of the “public comment” process, quickly recognize it as a fraud, as a way of subverting the democratic, constitutional system that is supposed to be the foundation for government in this country.

A bureaucrat friend explained to me her thinking and that of her colleagues: American democracy is broken, with billionaires like the Koch brothers electing Republicans to Congress and state legislatures even though Republicans are awful people. Real democracy, she said, is represented in the rulemaking process, in which “everyone has a say,” and all interests can be weighed fairly before the final rule takes effect. Those rules, she said, are written by knowledgeable people who have Americans’ best interests at heart.