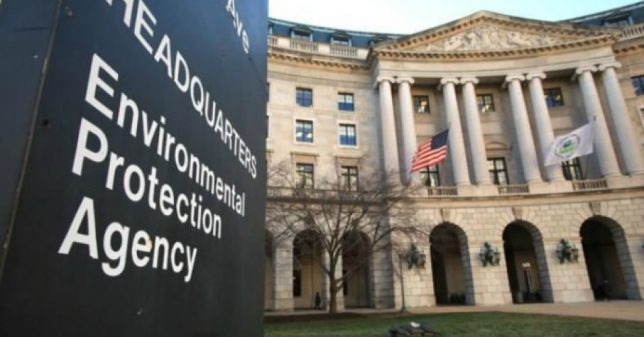 Capital Research Center Vice President and Chief Investigative Officer Dr. Steven J. Allen testified before a government hearing on the Renewable Fuel Standard (RFS) on August 1. The hearing, held by the Environmental Protection Agency (EPA), was aimed at providing a forum for discussing aspects of the policy, which requires a a particular amount of “renewable fuel” (such as ethanol) to be blended into gasoline and other commercial fuels in increasing volumes each year, until it reaches a peak in 2022. The policy was implemented in 2005 and amended under the Energy Independence and Security Act of 2007.

Dr. Allen delivered his remarks before the hearing, which you can read here:

To a great degree, it obligates members of the federal bureaucracy – who are neither elected nor accountable to the voters – to do the job that the Constitution gives to Congress. In place of republican democracy, we get hearings, and we get the gathering of comments from those who are well-organized enough to follow the course of proposed regulations and to provide written or oral remarks… not exactly grassroots America.

RFS reduces the mileage of motor vehicles, funnels money from consumers to well-connected “crony capitalists,” raises the price of food, including food for the world’s poor, destroys rain forest and wetlands, and expands the dead zone in the Gulf of Mexico.  It was supposed to make us more energy independent and it was supposed to protect the environment, but it does harm to the environment, while other types of technology such as horizontal drilling and fracking have actually put us on the road to energy independence.

Meanwhile, RFS has become, it seems, politically immortal, with countless businesses and big sections of the country dependent on it economically – or that’s how those business people and people in those areas see it, and they’re well-organized politically, perhaps well enough to protect the program for a long time to come.

At least it can be said that the corn ethanol part of the program has established itself, that refiners would continue to blend large quantities of corn ethanol even without an RFS.

But there’s a significant problem for those in the ethanol part of the program. There’s no specific requirement for corn ethanol, and, after 2022, EPA can set the volume obligations for cellulosic biofuel, biomass-based diesel, and advanced biofuels in perpetuity. In February 2016, EPA’s Acting Assistant Administrator for Air and Radiation acknowledged that Congress “did not set a specific standard for corn ethanol” after 2022.

So, without reform, we could end up with a war between different segments, with all the regulatory uncertainty that that entails. And, post-2022, the bureaucracy could shift all biofuel requirements to advanced and cellulosic, creating a de facto Low Carbon Fuel Standard that would drive up the price of gasoline and cut GDP by tens of billions of dollars.