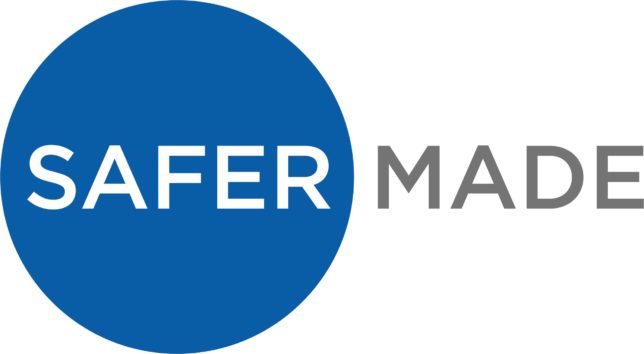 Forsythia’s Investment in Safer Made

What makes Forsythia unique, though, is that the foundation may have a financial incentive to push anti-PFAS propaganda.

In 2018, the foundation announced it was investing $2 million in Safer Made (archived here), a private venture capital firm that “invests in safer products and technologies.” Forsythia is credited with paying $25,000 to fund Safer Made’s March 2019 report on the effects of PFAS in food packaging. The report also credits the “insights and connections” offered by the Green Science Policy Institute—a major recipient of Forsythia Foundation cash. Arlene Blum, the Institute’s executive director, is an adviser to Safer Made.

Theodore Gannett, a Forsythia board member responsible for the foundation’s investment oversight, briefly worked for Safer Made in 2016 where he “conducted research for a $20 [million] venture capital fund focused on advancing technologies that eliminate the use of hazardous chemicals in consumer products,” according to his LinkedIn profile.

Forsythia’s involvement doesn’t end there. Documents obtained via public records request expose an effort in March 2019 by senior officials in the Toxics Action Center (a Green New Deal supporter) and Conservation Law Foundation (a Massachusetts environmental litigation nonprofit) to sway officials in Rhode Island’s Office of the Attorney General against PFAS citing The Devil We Know:

I’m not sure if we’ve discussed PFAS—it’s a class of toxic chemicals receiving increasing attention. You may have seen the documentary “The Devil We Know.” Conservation Law Foundation and Toxics Action Center petitioned the RI [Rhode Island] Department of Health seeking a regulation for PFAS (toxic chemicals) in drinking water. 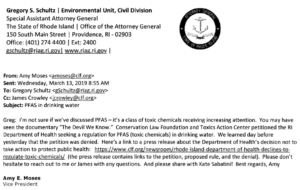 Another exchange from July 2019 obtained by public records request reveals Kelley, Drye & Warren—a law firm actively engaged in anti-PFAS litigation in four states—calling The Devil We Know “a nice summary” of the PFAS “problems nationally” in an email to public officials in eight different states. The lawyers favorably reference Robert Bilott, the trial lawyer played by Mark Ruffalo in the PFAS lawsuit that formed the basis for Dark Waters.

Consider what we know:

Taken together, the evidence suggests that the Forsythia Foundation has a stake in how the government regulates PFAS.

Far from the work of genuine grassroots consumer activists, the anti-PFAS campaign is a scheme concocted by two pillars of the Left. It’s an ugly brew—cash from rich, coastal foundations with an ideological axe to grind mixed up with professional anti-consumer activists.

And they’re bringing this campaign of hysteria to a theater near you.