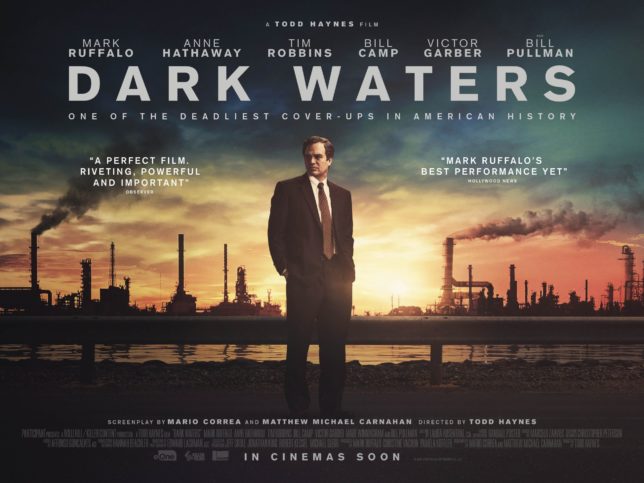 A multi-million-dollar pipeline of “dark money” is flowing to Mark Ruffalo’s scare film Dark Waters that Hollywood doesn’t want you to know aboutMost the groups behind Dark Waters share one thing in common: funding from the Forsythia Foundation and Passport Foundation. Forsythia was founded by Alison Carlson and seeded with money from the Passport Foundation, which was founded by John Burbank, a California hedge-fund manager, and his ex-wife, Alison Carlson.

Money mogul John Burbank, a former hot dog vendor turned entrepreneur, made his millions managing the multi-billion-dollar hedge-fund firm Passport Capital. He and his ex-wife turned their wealth toward funding political activism. Together they—through Passport Foundation in San Francisco and Forsythia Foundation in Washington, DC—have funded the professional Left’s environmental agenda for over a decade to the tune of tens of millions of dollars. Burbank’s Passport Foundation, endowed in 2007 with $30 million, seeded Alison Carlson’s Forsythia Foundation in 2010–2011 with a $22 million endowment.

(Interestingly, Forsythia is headquartered in the Connecticut Avenue offices of Arabella Advisors, a consultancy that we’ve exposed for running a $600 million “dark money” empire; since 2010, the foundation has paid Arabella $745,000 in management services.)

They fund the same environmental groups year after year. Since 2007, Passport and Forsythia have given grants to huge environmental lobbies such as the Environmental Defense Fund and Natural Resources Defense Council (NRDC), groups best known for pushing a global warming narrative and blocking Americans’ access to cheap and abundant electricity.

But these foundations’ real specialty is funneling vast rivers of “dark money”—hard-to-trace cash—to an array of obscure fronts that lobby for countless new regulations. These mysterious groups share one goal: restricting everyday products from nonstick pans to dental floss to the fire-retardant chemicals in household fire extinguishers.

The whole scheme is arranged to keep Americans in the dark about the funding sources and fool them into supporting the very laws and regulations that would leave them poorer and less safe—all in the name of consumer “safety.” But there’s more to this strategy than meets the eye.

In the next installment of “Eco-Hysteria in the Theater,” learn about the fearmongering tactics used in Dark Waters.