Eco-Hysteria in the Theater: They’re Poisoning Us 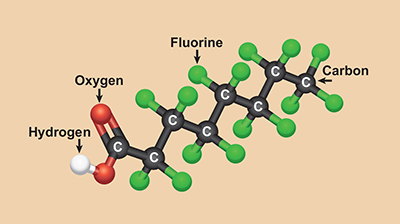 Enter Dark Waters, Hollywood’s latest effort to scare moviegoers into voting against their own interests. The film details how one trial lawyer, Robert Billott, faced down chemical giants DuPont and Chemours for “pollut[ing] the environment” with what the film calls “forever chemicals,” owing to their long lifespan. The story is based upon Billott’s 2016 class action lawsuit alleging that a DuPont chemical plant knowingly contaminated the drinking water near Parkersburg, West Virginia, with these “forever chemicals,” affecting some 70,000 people in two states. Ultimately, DuPont and Chemours settled with 3,500 plaintiffs for $670.7 million, though they admitted to no wrongdoing.

Public health concerns should never be ignored. But the movie’s agenda goes beyond seeking justice, tickling liberal audiences with caricatures of corporate greed in a tale of bogeymen bent on “nothing less than the poisoning of American life,” as Variety’s review puts it. That’s quite an exaggeration.

“Have you ever seen a commie with a glass of water?” Ripper asks. “Do you realize that fluoridation is the most monstrously conceived communist plot we have ever had to face?”

The idea that Big Business is out to poison you is ridiculous, but it’s a core belief of the leftist war on everyday chemicals. Just consider the fearmongering tactics used to create this echo chamber. “Forever chemicals” isn’t a scientific term—it’s a political term coined by eco-activists whose job it is to scare you. The panic generated by Dark Waters and its allies is astounding, as illustrated by a Google search for “forever chemical” before and after 2018.

Dark Waters targets PFAS, a group of chemicals in use since the 1940s and widely used in commonplace products: stain-repellant fabrics, food packaging, paints, Teflon (nonstick) pans, and fire-fighting foams, according to the EPA. Some PFAS chemicals have been voluntarily phased out by industry manufacturers and are no longer produced in the United States.

But in its rush to condemn PFAS and exploit genuine health concerns, Dark Waters conveniently ignores recent research showing no causal links between the chemicals and dental cavities. As John Fund writes in National Review, “The real agenda behind Dark Waters is to try to vilify chemical companies and characterize them as the next ‘Big Tobacco’”—easy pickings for the circling trial lawyers.

Mark Ruffalo, the film’s lead star, is an axe-grinding environmentalist who’s said that “we need to band together as a community right now and make sure the Green New Deal becomes a reality . . . in order to save ourselves from climate change.” In November, the actor and self-appointed chemical expert was the main witness who testified before the Democrat-controlled House Oversight Committee on the supposed horrors of PFAS, demanding Congress restrict PFAS.

Ruffalo is not alone in his crusade.

In the next installment of “Eco-Hysteria in the Theater,” explore the network of organizations behind the film.