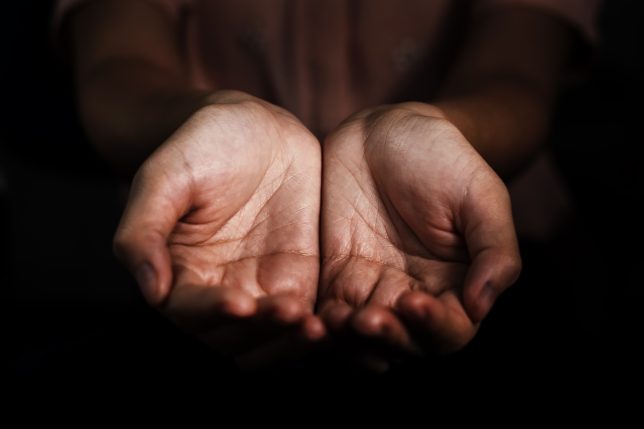 In a recent American Enterprise Institute survey on poverty, over 70 percent of Americans said that even if government had the resources to eliminate poverty, it lacks the competency to do so. That’s a reasonable view, given that although the federal government spends hundreds of billions of dollars (over a trillion, if you count health care) each year to provide aid to the poor, the nation has not come close to eliminating poverty since President Lyndon B. Johnson declared war on it in 1964.

The charity was founded in 1994 when a group of individuals were praying and a man came and asked for food.

The deficiency of government welfare is structural, not just functional, even though its gross inefficiencies are no small thing. The government has little incentive for efficiency since bureaucrat A is always spending taxpayer B’s money on recipient C. By anyone’s standard of success, government welfare has failed.

Worse, as the Nobel economist Milton Friedman observed in Free to Choose, “a private firm that makes a serious blunder may go out of business. A government agency is likely to get a bigger budget.” When a government program fails to produce results, politicians keep the taxpayer-funded lifeline alive. This is evident in foreign and domestic programs. While the government has over seventy different anti-poverty programs, finding effective solutions to problems is secondary to expanding government control. Of course, increasing funds without changing our approach to combating poverty will not produce different results but only deepen the failure.

The biggest obstacle to combating poverty is the fact that every case is specific to the person. The solutions, then, must be dynamic and tailored to individual circumstances. I am convinced that if progress on poverty is to occur, it will require the work of local people and institutions, not nationwide, one-size-fits-all government programs. Local efforts by concerned citizens will better administer relief than faceless governmental bureaucracies for this profound, structural reason.

The government has little incentive for efficiency since bureaucrat A is always spending taxpayer B’s money on recipient C.

A classic example is Christ Central Ministries, which has a proven success rate in helping persons in poverty that the federal government has not, and likely never will, equal.

Christ Central Ministries, or CCM, is a charity based in South Carolina with over 50 locations, and it uses local resources to help South Carolinians in poverty. The group’s workers feed the hungry, shelter the homeless, and educate those who need more skills to enter the labor force. The charity was founded in 1994 when a group of individuals were praying and a man came and asked for food. After word spread of the man’s being fed, more people came to them seeking the same resources. To address the community’s need, the charity was created. The services continue today, spearheaded by Pastor Jimmy Jones.

I was interested in the work of this charity because some years back I had visited this state for missionary/philanthropic service. I saw persons in poverty on a daily basis. While I was there, economic prosperity seemed blocked by three main obstacles: mental health, substance abuse, and employment.

Christ Central Ministries actively addresses all those issues. The fundamental structure of local charity is different and more effective than government-run aid. CCM is supported by people who share its vision, and the personal involvement of volunteers makes the charity more effective in scope and application.

For example, when I was ministering in South Carolina, I came across a man named George, suffering from severe mental illness. Often he could not even recall his own name. We were able to put him in contact with a local church willing to help him with basic living necessities. By contrast, no government program had actively gone out to find George. Because of his mental illness, he was unable to work or even find assistance on his own. I only knew George for about a month until I left the area, but it left an enduring impression on me: persons with mental illnesses are not receiving proper treatment because they live outside of normal society. People, especially bureaucrats, do not see them.

Like the volunteers I worked with, Christ Central Ministries operates on a personal level, and this method is much more effective than governmental processes. CCM is locally strengthened by donations and volunteers. Members of the community have an increased incentive to provide real aid, and they are also more aware of persons in poverty.

The annual care can amount to six million dollars, and these efforts are accomplished without any government funding or insurance reimbursements.

Christ Central Ministries has free medical, dental, and eye care, all supervised by their department president, Ted McGee. The group coordinates with other “physicians, dentists, medical professionals, service organizations, and hospitals” to better provide the appropriate health care for adults without insurance. The annual care can amount to six million dollars, and these efforts are accomplished without any government funding or insurance reimbursements.

Since 12 percent to 13.9 percent of people in South Carolina don’t have health insurance, Christ Central Ministries is instrumental in helping uninsured people. Mental health is one factor that frequently keeps people in poverty, and individuals like George are often neglected.

Substance abuse is another major problem that keeps Americans from rising out of poverty. People addicted to various substances have a harder time finding employment and usually waste income on the addiction. Many addicts are well aware of the many resources available to them but refuse to give up the habit. They understand the costs, but their aim is only to satisfy their addiction.

Treating this problem requires helping the addict change his thinking and way of life. Christ Central Ministries has a recovery support program that assists people in escaping these damaging addictions. It provides a stable environment with recreation, teaching, exercise, and counseling. They have more than 150 beds to provide a transitional home for recovering addicts. Counseling can help individuals escape addiction and can target some of the personal struggles of addicts, as well as the triggers for relapse. This change of environment helps addicts by giving them a chance to establish good habits and strong mental defenses to combat and replace former habits.

Persons struggling with substance abuse need a local support group that can help them to stay clean. Drug use places emotional, mental, and physical burdens on addicts. Without family, friends, or associates to help, it is much more difficult to escape.

God It Made Ranch is another resource that specializes in recreation for youth struggling with addictions and other issues. The ranch began as a project for Dan and Jan White, who were connected with Christ Central Ministries. The ranch provides equine therapy; Jan White explains that

“Emotionally, the riders learn to bond with their horse, and it builds trust. It also works on social behaviors, and physically, there’s a rhythmic natural motion that works with your core muscle balance and posture. Mentally, the riders develop a very high level of concentration and thought processing skills,”

Christ Central Ministries is constantly seeking different kinds of outreach. CCM effectively helps the struggling to build a network of friends that can help them achieve the goal of sobriety.

While I was in Allendale, South Carolina, many people shared their concerns over unemployment. Allendale had a high unemployment rate then, and it remains incredibly high compared to the national average.

Part of the problem is state licensing, which creates major barriers to work for many impoverished people. Occupational licensing costs about $127 billion each year at the state level and an average of over $1,000 for American households.

Licensing laws masquerade as protection for the consumer but in reality allow businesses to operate with less competition. The diminished competition in turn creates higher costs for consumers. In other words, these laws prevent people from entering the labor market mainly to protect the wages of those who already have a job.

Government can play a role in helping the unemployed by passing new legislation that overturns these protectionist laws. But in spite of such barriers, Christ Central Ministries educates people and teaches skills that will help them overcome these obstacles. The training makes the unemployed laborer more competitive in the job market.

Knowing this, the charity has donated a large portion of its resources to the Christ Central Institute.  Founded in 2002, the Institute provides various classes like medical training, culinary art, welding, and computer repair that help the poor meet state certification requirements. Housing, tuition, and meals are provided, and this opportunity gives individuals the chance to gain the skills needed for employment. Individuals can also receive GED training and certification.

Caring for the mentally ill, counseling for the addict, and training for the unemployed are all undertakings that require detailed personal attention. Through local groups like Christ Central Ministries, the needs of the poor can be addressed successfully in ways that are structurally superior to what a centralized, bureaucratized government can accomplish.

Ian Johnson is a development associate in Washington D.C.

Ian Johnson is a development associate in Washington D.C.
+ More by Ian Johnson