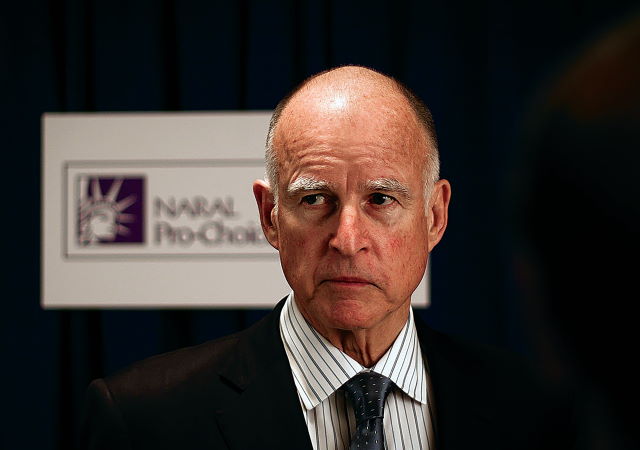 The bill was signed by a Republican former union president serving as the state’s governor, Ronald Reagan, who had defeated former Gov. Pat Brown (D) in the 1966 election. David Crane of the Hoover Institution describes the political logic of the time:

Local public safety workforces in 1968 were dominated by personnel who were overwhelmingly affiliated with the GOP. By granting them collective bargaining rights, Reagan created a piggy bank to help finance GOP legislators.

Local school employees were initially excluded from full collective bargaining powers, but that exception did not last. Pat Brown’s son Jerry was elected governor of California in 1974, and he repaid the support of government worker labor organizations by signing the Rodda Act, which expanded collective bargaining to public school employees and established the state’s government worker employment relations authority, known as the Public Employee Relations Board.

Brown’s gambit paid off much more successfully for his party than did Reagan’s, and both gambits contributed to the state’s growth of government. The Manhattan Institute’s Steven Malanga identified three major wings of California’s government worker union machine: the California Teachers Association (CTA), the state’s large and powerful teachers union; the state’s correctional and police unions, which have supported more liberal and soft-on-crime candidates against candidates considered tougher on crime but weaker on union privileges; and the Service Employees International Union, which has agglomerated major state employee unions and bolstered its numbers through a “dues skim” under which independent home health workers paid through Medicaid were declared state employees subject to unionization and, until a 2014 Supreme Court decision banned them, forced-dues payments.

The effects of the government worker union political machine are perhaps most visible in the administration of CalPERS, the state’s pension fund for government workers who are not teachers. Malanga writes:

Six of the board’s 13 members are chosen by government workers, and as union power grew in California, those six increasingly tended to be labor honchos. Two more members are statewide elected officials (California’s treasurer and controller), and another two are appointed by the governor—so by 1999, when union-backed Gray Davis became governor and union-backed Phil Angelides became state treasurer, the CalPERS board was wearing a “union label,” noted the New York Times.

This union control of the pension board led to two major threats to state finances: Ideologically motivated investments (a prototype version of the modern “ESG” movement, in which CalPERS participates) that accompanied poor investment performance and increasingly risky investment strategies to chase increasingly generous pension promises. Taxpayers have been left on the hook for these union-aligned schemes to the tune of billions.

In addition to general collective bargaining, California government worker unions have extensive powers to strike that are often not available to similar workers in other states. The CTA struck extensively during the 1980s, and recent years have seen major strikes in Los Angeles and Sacramento.

The radicalism of California government worker unions cannot be understated, especially in the case of United Teachers Los Angeles, the public school teachers union in America’s second-largest city. The union issued an extensive list of radical demands (including defunding the police) as part of its obstruction campaign against reopening schools after the COVID-19 pandemic. When questioned about the delay in reopening, UTLA head Cecily Myart-Cruz defended the union’s position saying, “Are there broader issues at play? Yes, there are […] Education is political. People don’t want to say that, but it is.” In the same interview, Myart-Cruz infamously dismissed evidence of student learning loss ostensibly from COVID-induced closures with a clearly political view:

In the next installment, California labor unions have made extensive use of the ballot measure.