“Beyond Relief”: The Importance of Ownership for Generational Change 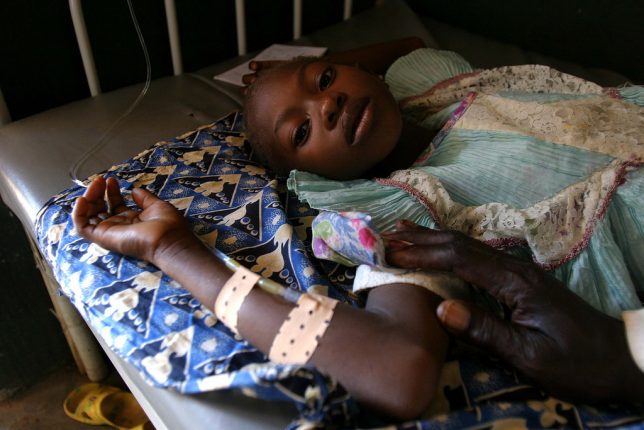 Failed aid projects litter the countryside of the developing world: Broken latrines, dried up wells, and empty clinics. These modern ruins tell the story of well-intentioned westerners who thought they’d try their hand at developing the third world. But when the local community can’t access materials or isn’t trained to maintain these fixtures, Western installations meant to combat poverty are left to deteriorate, leaving a looming, physical reminder of what might have been.

But OneWorld Health (OWH) recognized the problems created by short-term thinking and formulated a different approach to helping deeply impoverished countries. In the mere eight years since the organization’s conception, OWH erected ten fully functional medical clinics in both Uganda and Nicaragua, grew a staff of roughly 170 employees, and served 100,000 patients a year. The best part? Decreased U.S. donations or volunteers won’t result in another abandoned clinic. OneWorld Health’s facilities are completely self-sustainable after 18 months.

OneWorld Health’s mission is “to provide quality, affordable care to the communities who need it most.” According to executive director Michael O’Neal, “The goal is to go beyond relief-based care to enter into sustainable growth. . . . the only way to enact generational change.” Of course, he says, “In the wake of natural disasters and in the midst of political and economic instability,” relief-based care is necessary. “At some point, though, you have to transition from relief into development work. To do that it takes ownership.”

For OWH, ownership means the doctors, nurses, and administrators who run clinics were born and trained in the country where they serve. Americans make up only ten of OWH’s 170-person staff. “Local empowerment is everything for us. It’s at the very core of who we are” O’Neal explained. “We use local building material and local craftsmen and builders to build our facilities. We buy equipment locally and we use local vendors to source all our medications . . . We’re here to support incredibly brilliant and talented folks who live in the context, day in and day out, who have a heart to serve their own communities.”

This isn’t just an artificial way to boost local self-esteem—it’s actually the best way to help people. “No matter how much we educate ourselves about the cultures that exist in the context where we are serving, a 5-year-old still has better understanding than any of us,” says O’Neal. “In the collectivistic societies where we are working, their thought process and framework for problem solving is different from ours, as westerners.” Over time, OWH has been able to cultivate an honest, trusting relationship with local leaders, who will “push back on us when we are looking to implement a programmatic objective that is not in line with the mission of our organization.”

From the beginning, O’Neal, along with OWH health founders Matt Alexander and Ed O’Bryan, spent a great deal of time and energy researching and developing strategic plans to delegate more and more autonomy to national leaders. For instance, when O’Neal and his wife moved to Uganda to help set up their first clinic, they lived right on the campus of the facility. But they knew their mere presence on the property would create a power dynamic, rendering them the default authority. So, after a few years, they moved their regional offices to Kampala, the capital of Uganda. Simply moving the Americans 200 miles away allowed the “local leadership to rise up and lead and take the organization to the next level.” And according to O’Neal, “That’s just what they’ve done. They’ve totally exceeded any projections we had in terms of growth, quality, and sustainability.”

In fact, part of this growth is actually due to the Ugandan team’s willingness to push back against the American board’s original plan. O’Neal shared the following story:

“In Masindi, our initial project has grown from an outpatient facility into a full regional referral hospital, so there’s a wide scope of services that are available there. We, the western leadership team, had some hesitations in terms of when we needed to scale services and geographical locations, and the Uganda team on the ground pushed back pretty hard on that, because culturally, the way people perceive quality and access to care is that they need to get it all in one place. It’s not because they have a skewed view on things, but because transportation can be as limiting as cost of care . . . Early on, we would have said the plan was to have more geographical locations and less scope of care—so a whole bunch of outpatient facilities. The pushback was, we need to have a centralized place with a full scope of services to meet the demands of the community, because travel is an issue. And so we did that, we built out this hospital before we started moving into bigger geographical locations.”

The local medical staff brings value to the organization not only through the cultural sensibility of the practitioners but also through excellence in their respective fields. “We work very hard to identify the most talented people we can in the country,” says O’Neal, “and often we are bringing them in from somewhere else.” At first, it was difficult to sell Uganda and Nicaragua’s best and brightest on moving to more impoverished areas to practice medicine. But after years of developing a reputation, O’Neal said, “folks want to work for us now.” Because OWH offers continued education for their staff, the organization is “getting the people who want to learn and grow…and they have a deep desire to serve their communities.”

OneWorld Health’s model encourages ownership at every level. Instead of imposing themselves on people they believe need aid, the team becomes part of the existing community, providing a platform for local leadership to meet the needs of their neighbors. Ownership is not only essential from the staff, but also from the patients. O’Neal explained, “one of the easiest ways to apply ownership is to have people ‘have some skin in the game,’ so to speak. We think it is really important that folks are contributing and taking ownership of their health for themselves and for their families.”

This is why OWH facilities charge for their services. While the rates are very discounted, it is critical to the OWH model that clients feel this sense of dignity as they provide for their families. Additionally, patients tend to be more compliant with a clinical order when they have invested financially. There is an incentive for the patient to take the prescribed amount of medicine or follow a physical therapy plan when he or she can’t simply return in a couple weeks for free. Indeed, the goal is not temporary relief but sustained development. This commitment to ownership not only benefits the patient but also allows each of OWH’s clinics to meet, if not exceed, their operating costs.

This model of ownership provides high-quality care, cheaper prices, and operates completely within the market of the local area. Why, then, isn’t every aid group doing this? While he didn’t have a definitive answer, O’Neal suggests that part of the discrepancy comes down to a history of relief-based care in developing countries, and, more importantly, the necessity of commitment on both ends. “We have to commit to communities and they have to commit to us. . . . This success for us is generational. So when we get pushed up against situations like we are having in Nicaragua right now, where there is some political and economic instability happening, we have to be dynamic enough in our approach to support folks when things look different than they have in the past. A lot of organizations just aren’t set up for the long haul.” Put simply, this way of doing things is difficult. It takes time and effort to get to know communities for what they are: groups of real people with real skills and challenges. Establishing deep relationships is never easy, but that is where the change happens.

OneWorld Health’s model is unique. Rather than importing building materials and medical equipment, they invest in the national economy by buying local products. Rather than perpetuating a false sense of Western superiority, they value decisions made by local leadership. They have created deep roots that allow them to be committed to the long haul. This means that when storms come, the community knows how to rebuild, and when donor funds dry up, the clinics’ water supply won’t. Thanks to OneWorld Health, these places of healing will be around for years to come. No more unfulfilled potential. No more abandoned hospitals.