America’s Response To Disaster: The 20th Century’s Imprint on the American Red Cross

The American Red Cross was founded as an independent nongovernmental organization but over time it lost its independence and became a quasi-governmental entity. This article examines how the group grappled with the Mississippi River Flood of 1927 and other disasters.

The donor is not told that his contribution will not be used to aid victims of Hurricane Hugo, but will be used for the Disaster Relief Fund. This became official Red Cross policy in 1991. A memorandum from Red Cross Chairman George F. Moody stated that, while the agency would honor donor intent for donations made to aid victims of a specific disaster, “the following language must be used on solicitation materials to encourage donations to the relief fund: “You can help the victims of ________ and other disasters by contributing to the American Red Cross Disaster Relief Fund.”
“When contributions received exceed the cost of a job, ” Moody added, “contributions designated by donors for the American Red Cross Disaster Relief Fund and not designated for a specific job will be placed in the fund.” The Red Cross dutifully followed this policy after 9/11 and got into a great deal of trouble.
The 9/11 policy followed a common pattern. In1989 the Red Cross raised $52.5 million to aid victims of the Loma Prieta earthquake in the San Francisco Bay Area. It spent only $12 million. After numerous complaints, the agency agreed to spend the remaining $42.5 million on earthquake victims rather than use the donations as a reserve for future disasters. San Francisco Mayor Art Agnos told Business Week that the Red Cross was still selling “Earthquake Relief Fund T-Shirts” several months after the quake, but the t-shirts did not say, “We may or may not use this money for the earthquake.”
In 2003 the Red Cross announced that its disaster relief reserve fund was in crisis, falling from $68 million in 2002 to $5 million in 2003–the lowest level since 1992. The reason, Red Cross spokeswoman Dana Allen told the Chronicle of Philanthropy, was “a series of low-visibility disasters” that drained the fund. “When smaller disasters nickel-and-dime the fund,” Allen said, “then donations don’t come in.”

Lessons From History
What can donors and grant makers learn from this survey of a century of disaster relief aid? Here are five lessons.
1.  Stop believing that Americans won’t give. In the aftermath of Hurricane Katrina, far too many commentators claimed that the debacle showed Americans’ stinginess and greed. “The world looks on in stunned amazement,” Washington Post columnist Harold Meyerson wrote, “unable to understand how a once great nation has grown so indifferent not just to its poor and its blacks but even to the most rudimentary self-preservation.”
These notions are false. Americans gave generously after Hurricane Katrina, just as they have after every major disaster. And, as studies from the Indiana University Center on Philanthropy have shown, giving for disasters supplements, but does not displace, other giving.
2.  Scrutinize the Red Cross more. For an organization as large, as prominent, and venerable as it is, the American Red Cross has received surprisingly little scrutiny from the press. While its fundraising mistakes have been rightly criticized, no newspaper or magazine has investigated of the Red Cross in a way comparable to major stories on large corporations. With the exception of one book about the Red Cross blood program, no one has written an independent analysis of the Red Cross’s strengths and weaknesses.
The Red Cross should not be above criticism. An investigative journalist looking at the agency would no doubt find plenty to write about.
3.  Search for alternatives. When the Red Cross was granted its quasi-governmental status in 1905, the third sector in America was tiny. There are now so many disaster relief organizations in the U.S. that they have their own trade association,the National Voluntary Organizations Active in Disaster.
Perhaps in future disasters the Red Cross could shed some of its burden to its rivals, such as the Salvation Army. Perhaps large Christian charities such as World Relief can play a bigger role.
4.  Improve fundraising. The Red Cross, as we’ve seen, gets large contributions after disasters but struggles before each calamity. Its time-honored method of misleading donors should end. But surely fundraising experts could come up with ways to persuade donors to contribute before a disaster. The first step, of course, should be absolute honesty with donors about how their contributions will be used.
5.  More analysis. There has been surprisingly little attention paid by the academic world to the performance of nonprofits in disaster relief. Because outsiders don’t analyze disaster relief nonprofits, we don’t know how these agencies can improve.
When the next major disaster strikes America, charities will respond, often admirably. But these suggestions might help America’s disaster relief nonprofits do even better. 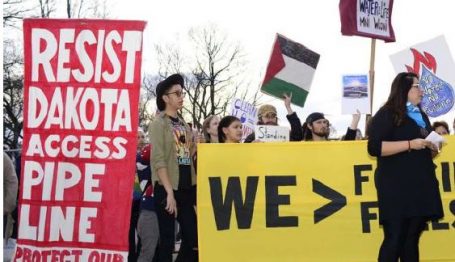