2020 shattered records for funding the slaughter of the unborn. 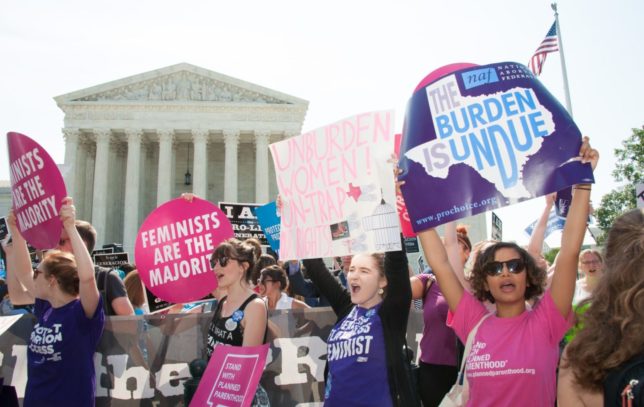 For evidence that the abortion industry is perhaps the single most powerful player on the left, look no further than its mountains of cash.

In 2020 alone, pro-abortion activists raked in a stunning $3.4 billion and spent nearly $3.8 billion. That is quite a leap from the $1.9 billion the industry spent in 2019—undoubtedly a consequence of the huge amount of money it spent on the 2020 election. It is a stunning display of wealth and illustrates the abortion industry’s enormous impact on our politics.

Using the latest IRS disclosures, we can trace the funding of 188 activist groups, think tanks, litigation nonprofits, and PACs in 2020 to get a sense for the sheer size of one of the professional left’s strongest pillars. Few of these groups are household names. Some even receive federal funding. A number are trying to normalize at-home abortions, while others fund research into second- and third-trimester abortifacients overseas. Many are lobbying desperately to preserve abortion “rights” in a post-Roe v. Wade world. Most, if not all, oppose any limits on abortion access.

By the way, the $3.8 billion figure is a conservative estimate. To show the scale of this industry and preserve transparency, this research (available online) doesn’t include groups like the Center for American Progress or Sierra Club, which support expanded abortion policies but aren’t substantially engaged in abortion advocacy. If we included all pro-abortion groups in this analysis, we would have had to include every group on the left. We also did not include the major funders and foundations backing the abortion industry to show the scale of the activist network. Adding both categories would probably double or even triple the sums.

At the top of the list is the Planned Parenthood empire, which encompasses at least 79 nonprofits and PACs that together spent a staggering $1.5 billion in 2020. NARAL Pro-Choice America—the oldest abortion lobbying group in the country—and its state affiliates together spent $32 million that year. EMILY’s List, a leading abortion PAC, spent just under $80 million in the 2020 election cycle bashing Republicans.

Ipas, which lobbies for expanded abortion access in Africa and Asia, poured out $67 million in 2020. Add $129 million to the pot from DKT International, a birth-control provider funded by the erotica company Adam & Eve and named for D.K. Tyagi, one of India’s leading population control gurus.

The Population Council, which spent $61 million in 2020, is one of the oldest groups on this list. It was founded in 1952 by John D. Rockefeller III to stave off global overpopulation. Continuing this legacy (now rebranded as “family planning”) is Family Health International, a $694 million behemoth which has pledged tens of millions of dollars to the UN’s global depopulation crusade, Family Planning 2030. Ditto Medicines 360, which spent $238 million that year aiding overseas abortion providers.

I’ve documented how Pathfinder International—one of the left’s most powerful and least-reported-on groups—uses your tax dollars to fund abortions in Africa, Asia, and Latin America. That monster spent $121 million in 2020. Worth noting is Pathfinder’s close connection to Planned Parenthood: Its founder, Charles James Gamble, was a Margaret Sanger ally and major funder of population-control policies in their heyday.

Although little known in America, the legacy of Marie Stopes, Britain’s equivalent of Margaret Sanger, lives on in the massive abortion provider Marie Stopes International. Mrs. Stopes’s fondness for eugenics and hatred of Jews—she personally sent Adolf Hitler copies of her poetry—is an embarrassing connection the group would rather forget. It quickly rebranded itself as “MSI” during the peak of Black Lives Matter’s demonstrations in late 2020.

The above organizations are just the tip of the iceberg. Other notables include: the Clinton Health Access Initiative ($199 million), a Clinton Foundation spin-off; the Hopewell Fund ($128 million), which sponsors radical abortion groups under Arabella Advisors’ $1.7 billion “dark money” network; EngenderHealth ($34 million), formerly the Sterilization League of New Jersey; the Population Connection and associates ($13 million), founded in the 1960s as Zero Population Growth; and the Center for Reproductive Rights ($36 million), currently lobbying for a female, pro-abortion replacement to Justice Stephen Breyer.

Remember, too, that most of these groups are tax-exempt 501(c)(3) nonprofits and private foundations whose contributors are entitled to a tax deduction for their generous support. Many on the left consider tax exemption a government subsidy, and by that logic, every American is effectively financing Abortion, Inc., regardless of their beliefs. Is that just? Or wise?

This isn’t what philanthropy—the Christian love of man—is for. Nor is it faithful to the original reason Americans chose to reward charitable groups with tax exemption, something we pioneered practically unheard of anywhere else in the world. It’s time to restore the true meaning of charity to America’s charitable sector.

So, who’s bankrolling this army of lawyers, activists, and professional organizers? Here’s a hint: Their last names are all “foundation.”

Warren Buffett is famous for making money…and spending it frugally. But the Wizard of Omaha is almost certainly the biggest funder of abortion in human history, bankrolling the industry with close to $5 billion since 2000 from his Susan Thompson Buffett Foundation—enough to pay for close to 4 million 20-week abortions.

Activists also rely on a steady stream of cash from the William and Flora Hewlett Foundation, the philanthropy of the late co-founder of Hewlett-Packard; John D. and Catherine T. MacArthur Foundation, which has tilted decidedly left since its conservative founder’s death; Ted Turner’s Turner Foundation, which supports extreme environmentalist causes; and the Bill and Melinda Gates Foundation, a critical funder behind campaigns to freeze global population growth.

Yet for all that money, the left is still losing the debate on abortion “rights.” Its future is on the ropes in the Supreme Court, which just recently heard arguments in Dobbs v. Jackson Women’s Health Organization and is expected to give its decision this summer. Don’t take my word for it. Even far-left Daily Beast admits that “abortion rights groups won the money game and lost the war.” Others estimate the left outspends the pro-life right as much as ten-to-one. Expect that margin to grow as the Dobbs decision looms closer.

This article originally appeared in the American Conservative on February 14, 2022.