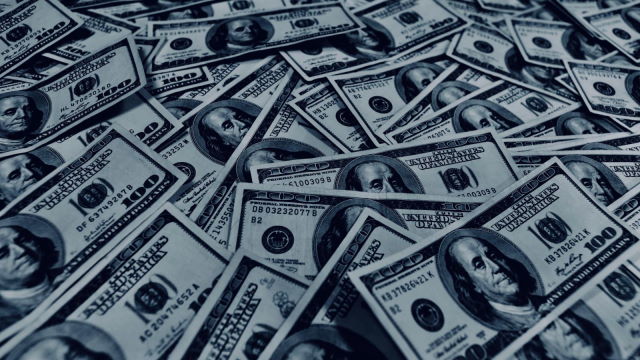 If there was any doubt that the Left’s biggest “dark money” network had its way with the 2020 election, this should silence it.

Newly obtained filings reveal a record-smashing $1.7 billion haul in 2020 for the activist network run by Arabella Advisors, the shadowy consulting firm behind what is arguably the world’s most powerful and influential “dark money” empire.

The company oversees a set of four nonprofits known as the “sisters,” all run from its swanky headquarters in downtown Washington. Since the network’s creation a decade-and-a-half ago, these four groups—the Sixteen Thirty Fund, New Venture Fund, Hopewell Fund, and Windward Fund—have poured out a combined $3.3 billion into countless groups that fight for the Left on a wide array of public policies, including court-packing, environmentalism, gun control, and abortion.

The Capital Research Center was the first to expose Arabella’s vast empire in 2019, and if there’s one thing we’ve learned after nearly three years of reporting on this behemoth it’s this: Wherever Arabella’s involved, you’re sure to find the Left’s deepest pockets and top operatives.

That goes for the 2020 election, with left-leaning Politico noting last week that the Sixteen Thirty Fund—Arabella’s sole 501(c)(4)—aided “Democratic efforts to unseat then-President Donald Trump and win back control of the Senate” using “massive get-out-the-vote and issue advocacy campaigns” as well as “attack ads against Trump and vulnerable Republican senators.”

In a single year, this “dark money” network more than doubled its revenues, from $731 million in 2019 to a stunning $1.68 billion. In total, the Arabella network’s revenue increased by roughly $945 million, or 129 percent.

At this point almost nothing is known of the major donors behind this staggering ocean of money. But we’ve identified huge sums shuffled between the various “sisters,” with roughly $91 million flowing to the advocacy group Sixteen Thirty Fund from its siblings and another $13 million distributed among the other three nonprofits.

The North Fund—a mysterious Arabella-linked group which pushes for D.C. statehood, packing the Supreme Court with “progressives,” and abolishing the Electoral College, among other causes—pulled in $30 million from New Venture Fund and Sixteen Thirty Fund.

Arabella Advisors itself netted over $45 million for providing “consulting” services to its in-house nonprofits in 2020. Nice work, if you can get it.

Nearly as massive as the network’s revenues was its spending: More than $1.2 billion, roughly $896 million of which went to left-of-center groups active in tilting elections, warping the 2020 Census, and pushing “progressive” policy in Congress and state legislatures.

So far we’ve traced grants from Arabella groups to state-level leftist groups totaling at least $10 million in Pennsylvania, $3.6 million in Arizona, $3 million in Georgia, $2.5 million in North Carolina, and $2 million in Michigan—all of which were crucial to the outcome of the 2020 election.

Other grant highlights include:

Stay tuned for further analysis and reporting on this left-wing spending spree to be released in the coming weeks.