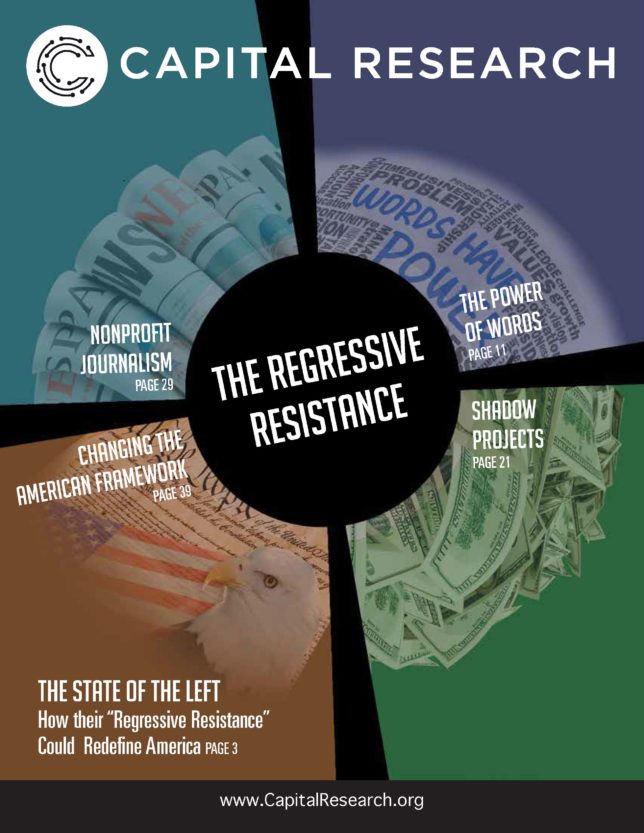 We are proud to announce that Issue 3 of Capital Research Magazine is now available.

CRC President Scott Walter describes the evolution of the nation’s left-wing movements in a Special Report. Can conservatives and libertarians find ways to beat the “Regressive Resistance” at its own game?

When it comes to winning hearts and minds, the Left has an advantage. Even though conservatives have history and logic on their side, well-reasoned arguments aren’t enough to be persuasive to most Americans. Dr. Timothy Daughtry lays out ways to make emotional appeals with solid arguments to help conservative improve their messaging.

The advent of the internet was good for almost everything–except print journalism. As print media suffers a general decline, Michael Watson looks at alternative funding models for journalism. What does this mean for specifically conservative outlets?