The State of the Left: The Movement Evolves 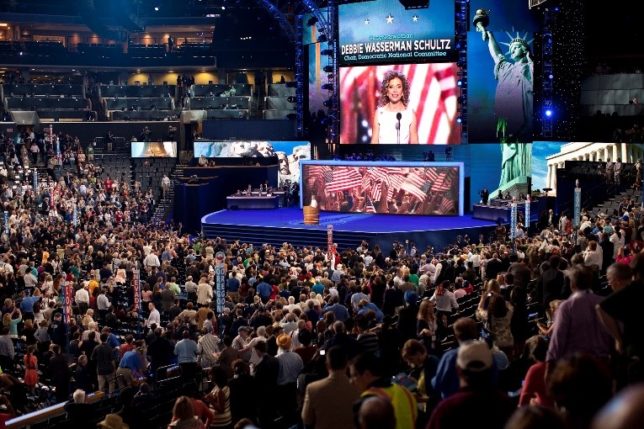 The Left has always been a hydra. It’s encompassed media companies and universities, unions and activists, celebrities and scholars. It’s difficult to keep up with, and harder to track. For a long time, conservatives needed something like the Encyclopaedia Britannica to catalog all the heads. In 2017, CRC unveiled InfluenceWatch.org—our answer to the Center for Media and Democracy’s SourceWatch—to try to fill the knowledge gap. In building out this important resource, CRC has tracked numerous trends and advancements the Left employs to further its cause.

Conservatives and libertarians need to ask if they’re not witnessing the birth of, call it, the “Regressive Resistance” or even the Left 3.0. (The terms Old Left and New Left were already taken!) When CRC last took a 30,000-foot view of the Left in 2013, the biggest development was the growth of nonprofit organizations. The party—principally the Democratic National Committee (DNC)—is less important than it used to be—and that’s the fault of the Left 2.0. Driven by a desire to “get money out of politics,” arch-progressives of the late 1990s and early 2000s like Sen. Russ Feingold (D-WI) teamed up with the late Sen. John McCain (R-AZ) and other misguided centrist Republicans to pass the McCain-Feingold “Bipartisan Campaign Finance Reform Act” in 2002. The effect of McCain-Feingold was not “getting money out of politics”—the money and the power moved from parties and party committees to independent, often radical organizations, even as partisan loyalty surged.

That appears to be even truer today. The DNC isn’t fundraising well and still owes nearly $3 million in debt. Independent nonprofit organizations—their donors, their leaders, their tactics, and even a few of their for-profit friends, are more important. And while the Left focuses on the independent-advocacy “501(c)(4)” space where conservatives had a mild advantage back in 2014, liberals’ own, larger advantage in the charitable nonprofit “501(c)(3)” sector powered is largely ignored. The liberals’ 501(c)(3) advantage—a three-to-one dwarfing of conservative expenditure in a nearly $10 billion game, as identified by a CRC report—overwhelmed conservatives’ advantage in 501(c)(4) organization spending, which was a mere 56 percent to 44 percent in a $538 million universe.

Let’s consider a few specific differences between the Left 2.0 and 3.0, and then go into the history.

In the next installment on the State of the Left, learn how donors banded together to create a new left-wing infrastructure.