The Battle for America’s Unconscious Mind: The Language Game 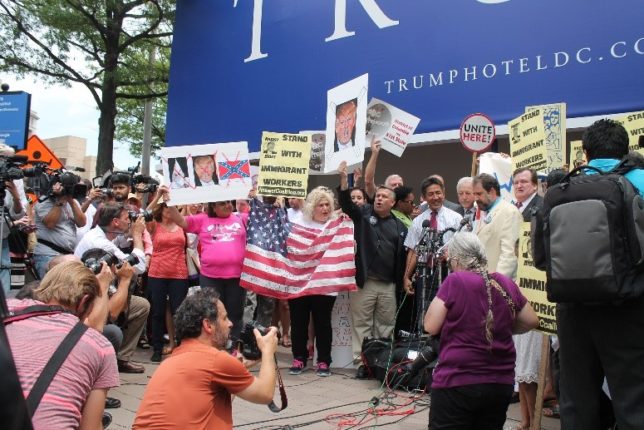 That is sage advice indeed, but how do we win the argument?

Political communication is ultimately a fight for the moral high ground in an argument. And the emerging picture in the field of cognitive science reveals that much of the argument is won or lost, not at the level of conscious reflection, but at the level of unconscious reaction to the language we use and the ideas associated with that language.

In fact, it is not overstating the case to say that the battle for America’s political future will be won or lost in the unconscious minds of voters.

In talking about the unconscious mind, we are not talking about the Freudian theory of repressed urges that push their way to the surface in disguised and symbolic forms. The modern scientific understanding of the unconscious mind has to do with rapid, automatic reactions that do not involve conscious, deliberate reflection. Those reactions can be shaped by subtle shifts in word choice or by the context within which an idea is framed—all without conscious awareness.

Hard as it may be for conservatives to accept, conscious reasoning and weighing of evidence are only part of political communication. Of course, you have to win the mind, but you cannot win the mind if you lose the heart. Touchy-feely though that might sound to conservatives schooled in the efficiency of free enterprise or the finer points of what the Constitution permits, scientific advances in understanding of how the mind processes political communication lend strong support to the power of emotional reactions, especially when moral concerns are involved. And the emerging scientific picture makes it clear that most of our mental processes are of the rapid, automatic type that bypass conscious thought, and the implications for political communication are profound.

The Left understands this fundamental principle, and they have applied it masterfully. Mountains of historical and economic evidence stand in testimony against socialism, yet socialism is growing in acceptance, especially among younger people. Socialism might not work well, but it sounds good, especially if its proponents can get people to see socialism as grounded in caring and free enterprise as grounded in greed.

The Left’s habit of labeling opposing opinions as grounded in hatred and bigotry may be nonsensical when looked at in the light of reason and objective evidence, but the Left is not inviting people to reflect on the accusation. They want people to react to the accusation. The left does not use those words to communicate but to intimidate and silence anyone with different points of view. As we will see, the tactic is intended to claim the high ground of “tolerance” by redefining its very meaning.

What follows is not a call for conservatives to stoop to the level of the Left’s tactics. Conservatives should not make false claims or false accusations against our opponents; given the left’s historical record, we do not need to do so. But we do need to understand the methods they are using to challenge and change the meaning of words such as “equality,” “fairness,” “tolerance,” and even “freedom,” the very language of our political discourse.

In order to understand the ground on which our political arguments are waged today and how conservatives can be more effective in winning those arguments, advocates on the right need to first understand the fundamental differences in the underlying worldviews of left and right. Because those worldviews shape our moral framework, they also shape our reaction to political ideas and language. The Left has been waging a long and sophisticated campaign in our cultural institutions to weaken the ideas on which the Republic stands and to replace them with ideas more supportive of its agenda. As a result, a word such as “justice” can have a very different meaning depending on the underlying worldview of the speaker or listener.

And then we need to understand and apply some recent scientific insights into how the mind processes political ideas. The Left has been skillfully using those insights to control the language of political debate, and conservatives have some catching up to do.

The Left’s Long March Through Our Culture, Morality, and Language

When Andrew Breitbart said that “politics is downstream from culture,” he summed up in five words the insight behind the Left’s longstanding cultural strategy.

Those who control the culture shape the political future, and while conservatives focused on winning the next election, the Left focused on winning the cultural institutions that shape the worldview and the moral values of the next generation. In the long term, it will do little good for conservatives to win elections if the people who lost the election teach our children, report the news, entertain the public, preach our sermons, and run our businesses the next day.

Political positions are answers to moral questions, and cultural institutions shape our answers to those questions:

Drawing from the Sharon Statement of 1960 and numerous other sources, we can say that most schools of conservatism are grounded in the Judeo-Christian view of human origins and nature. Humans exist because of the intentional action of a Creator. Essential to that worldview is the understanding of human beings as, on the one hand, made in the image of our Creator and, on the other hand, as fallen and therefore not to be trusted with centralized power. Also essential to that worldview is the idea of human beings as having worth as morally responsible individuals and not as mere faceless members of an economic or demographic class.

Conservative political principles flow downstream from that moral worldview: A fair and just society values individual liberty. Government is established with defined and separated powers in order to protect that liberty. Free enterprise is the only economic system consistent with individual liberty. The purpose of foreign policy is to protect America’s interests and existential threats such as Communism must be defeated.

As Mark L. Melcher and Stephen R. Soukup detail in the first volume of their outstanding history, Know Thine Enemy: A History of the Left, however, a central theme on the Left has been a rejection of the Judeo-Christian worldview in favor of the materialist view, ostensibly based on science and reason, that humans are evolving and capable of progressing toward an ideal state with full equality in every sense of the word. As Melcher and Soukup put it in describing today’s cultural civil war, the goal of progressives, socialists, and Marxists is “to demolish the entire Judeo-Christian belief system upon which Western Civilization was founded.”

From the worldview of the Left flows a different set of political beliefs. A fair and just society is one that is evolving toward a state of full equality across all measures. An activist government is needed in order to detect and correct inequality wherever it is found. The best economic system is a centrally controlled one that redistributes wealth to promote absolute equality. And America, as a deeply flawed nation, should give way to other nations when necessary in order to promote a global vision of worldwide equality.

Because political ideas are downstream from cultural ideas, including ideas of justice and fairness, the political struggle between left and right is at heart a struggle for our culture and the very language we use to talk about politics. Even our understanding of a word such as progress depends on our worldview. To “progressives,” humans are better and wiser now than in the past, and limitations on governmental power in our Constitution are outdated barriers to true progress. To conservatives, the tremendous improvements we see around us represent technological progress, but not progress in human nature itself. Conservatives note that politicians with something to hide in the past burned incriminating papers while today’s politicians delete incriminating emails and destroy hard drives. The technology has changed, but the tendency of power to corrupt flawed human beings has not. Consequently, limits on centralized power are as relevant today as they were when our Founders built those limits into the Constitution.

Starting a century ago, Antonio Gramsci and other Marxist intellectuals in Europe recognized the dependence of politics on worldview and abandoned violent revolution in favor of a cultural strategy that would later be dubbed the “long march through the institutions of power” by student activist Rudolph Dutschke. These Cultural Marxists, as they were called, understood that if they could weaken the confidence of the West in its political structures, those structures would collapse onto the ash heap of history. Fleeing the rise of Hitler before World War II, many of those intellectuals brought ideas and methods from the Marxist Frankfurt School in Germany to universities in the United States. Here, those ideas and methods mingled with those of progressives and other leftist academics who shared the rejection of Judeo-Christian values.

In the next installment of The Linguistic Battle for America, learn how leftists infiltrated the ivory tower.