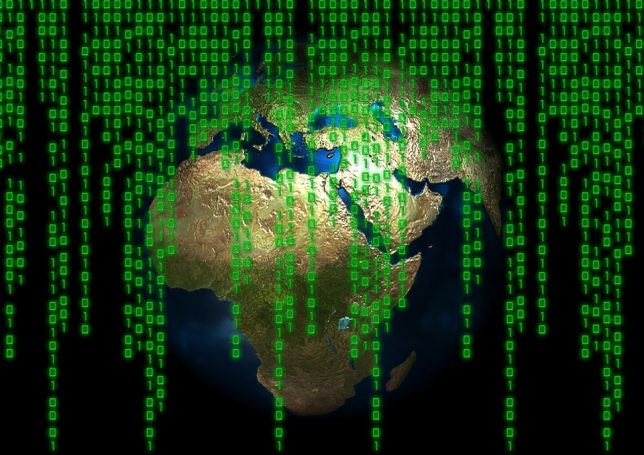 If you listen to liberals at the New York Times, you might think that climate change is a rapidly growing issue captivating Republicans. In 2017, the Times editorial board gushed that the Climate Leadership Council (CLC)—a supposedly conservative group pushing a carbon tax agenda—marks a possible “breakthrough for a party that has closed its eyes to the perils of man-made climate change and done everything in its power to thwart efforts to reduce greenhouse gas emissions.”

But other leftists aren’t buying it. When it comes to the CLC’s Exxon-backed plan for a tax on carbon dioxide (CO2) emissions, Vox’s David Roberts had this to say: “Wait… what?”

Far from CLC’s vision of a brave, bipartisan effort to “solve” climate change, Roberts saw the carbon tax for what it is: an unpopular item sold in gauzy packaging—brought to you by Big Oil.

And he has a point. CLC proudly trumpets its support from ExxonMobil, Shell, Exelon, and others as proof that Republicans, Democrats, environmentalists, and “fossil fuel” producers can boldly get behind its tax.

But maybe Vox is savvy to something. What if a massive tax—surprise, surprise—isn’t conservative? And what if Exxon actually wants the government to regulate global warming?

It wouldn’t be the first time Big Business has lobbied for more red tape. In fact, “fossil fuel” companies have tried multiple times to weaponize regulations in order to obliterate competition—especially if that competition mines coal.

Ground zero for this kind of cronyism is Enron, the $100 billion energy mega-conglomerate that shattered overnight in 2001 after it was discovered that the company had defrauded investors and regulators with fake profits for years. Enron was formed in 1985 from the merger of two Texas natural gas producers, and in the late 1990s it dazzled the public with an innovative global market for trading energy commodities.

What isn’t often remembered, though, is Enron’s attempt to gut the coal industry in order to promote its commodity of choice: natural gas.

The company loudly proclaimed natural gas the “green” energy of the future—which, of course, was actually true. Natural gas is far less carbon-intensive than oil and emits roughly half as much carbon dioxide when it’s burned than does coal. That’s why the natural gas revolution we’re currently enjoying has decreased America’s CO2 emissions by about 12 percent over the last decade—and much faster than supposedly eco-friendly nations in Europe.

Enron lobbied the George W. Bush administration to place caps on CO2 emissions in line with the 2001 Kyoto Protocol on global warming (the predecessor to today’s Paris Climate Accords), knowing that the harshest regulations would fall on coal producers. As Cato Institute climatologist Patrick Michaels observed shortly after its collapse, Enron had one goal in mind: “dial coal out of the economy.”

The company hoped that the void created by the destruction of coal—nearly 92 percent of which, by the way, goes to powering our national electrical grid—would pave the way for Enron to become the chief broker of emissions permits to CO2-emitting companies under the Kyoto Protocol. Internal correspondence later showed than Enron employees believed that Kyoto would “do more to promote Enron’s business” than any other single regulation.

Flash forward to the 8 oil-and-gas companies backing the Climate Leadership Council’s global warming agenda and you might spot a trend: they’ve sworn off coal.

Like Enron 20 years ago, could it be that these firms want to carve out favorable regulations—which clobber the competition? At CLC’s launch in 2017, one skeptical analyst observed that their support came just three weeks after President Trump announced he was withdrawing the U.S. from the Paris Climate Accords.

His conclusion: the companies “want to see a government-mandated increase to natural gas consumption at the expense of coal.”

Liberals at the New York Times shouldn’t be so quick to applaud Big Oil for recognizing the “perils” of man-made climate change; there’s more going on here than meets the eye.

Likewise, Exxon & Co. should remember that no amount of divestment will make them friends with the eco-Left, the arch-enemy of cheap and abundant energy. Appeasement never works with ideologues. Just heed Winston Churchill’s words: “An appeaser is one who feeds a crocodile, hoping it will eat him last.”