Who’s Behind the Big Election Money in Georgia? 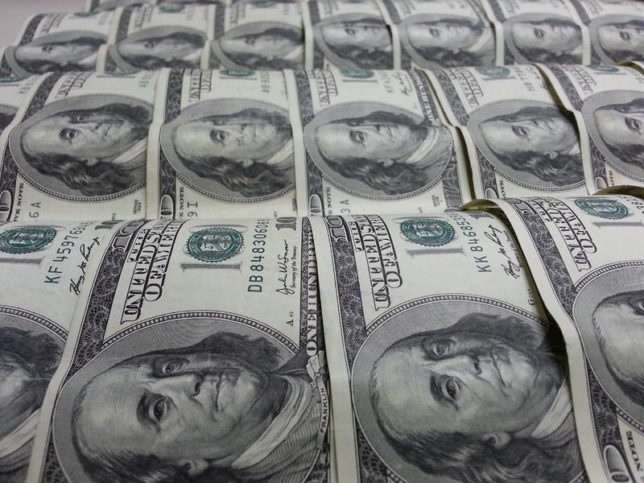 Georgia voters—Democratic and Republican—have doubtlessly become aware that, as the song lyrics go, the nation has turned its lonely eyes to them. Control of the Senate has never been more consequential, and as a result, Georgia has been flooded with outside money.

Just who are the groups footing the bill, which are affiliated with huge funding networks such as the Sixteen Thirty Fund or accepting money straight from the wallets of billionaires like Mark Zuckerberg and his wife, Priscilla Chan, who gave hundreds of millions to a nonprofit to help fund election efforts in several states including Georgia? Do these people care about what happens to Georgians after the banners and slogans have been packed up and the election is over?

Zuckerberg’s funding, for example, resulted in $9.4 million in grants to a single county in Georgia over this election season. John Ossoff (D-GA), running to unseat Republican David Perdue in the Georgia Senate runoff, took in three times as much from California donors as from Georgia donors over the span of a few months.

In fact, according to OpenSecrets, the race that forced the runoff between Perdue and John Ossoff was the most expensive in the 2020 cycle with over $67.5 million spent by outside groups supporting Perdue and $38.1 million spent for Ossoff.

Perdue initially had the advantage but Ossoff eventually outpaced him by raising $32.3 million through mid-October, with almost 40 percent coming from small, out-of-state donors.

Outside spending in the race shows a trend: Many of the biggest donations are coming from groups with huge national presences but not much local interest—names like Americans for Prosperity and Club for Growth on the conservative side and Black Progressive Action Coalition and Majority Forward on the liberal side. So who are these groups?

Even controversial Georgia Secretary of State Brad Raffensperger is interested in finding out, recently announcing an “investigation into several groups, including America Votes, Vote Forward, and The New Georgia Project, that have repeatedly and aggressively sought to register ineligible, out-of-state, or deceased voters before the January 5 Senate runoff elections.”

America Votes is a huge national coordinating hub for progressive policies, and Vote Forward was built specifically to increase nationwide Democratic voter turnout for the 2018 midterm elections. Only the New Georgia Project purports to have local interests at heart, but it has faced its share of controversy after being accused of improper voter registration practices.

Raffensperger, a Republican, said the New Georgia Project—led by Warnock until January, when he announced he would run for the seat held by GOP Sen. Kelly Loeffler—“sent voter registration applications to New York City,”

The Washington Free Beacon recently looked at Black PAC, a group that Capital Research Center’s InfluenceWatch shows is affiliated with the Black Progressive Action Coalition (BPAC). InfluenceWatch also determined Black PAC spent $300,000 on canvassing for both Ossoff and Warnock, representing the first instance of what observers say will ultimately be millions spent in Georgia by outside groups. The group is funded by liberal billionaires George Soros and Michael Bloomberg.

According to the Free Beacon,

[Black PAC] received $1.5 million from the Democracy PAC, a super PAC created by Soros, and $6.32 million from Bloomberg. The Sixteen Thirty Fund, which has been used as an avenue to push $55 million in secret cash into the 2020 elections, gave $2.25 million, while the Senate Majority PAC added $1 million. Other liberal groups, such as America Votes, Unite the Country, and various union PACs, have added millions more.

This kind of extravagant spending is happening in the Loeffler-Warnock race as well, with outside organizations giving Warnock $5.2 million to help him secure his runoff position by winning a plurality of the vote.

The question remains: Do these large, nationally affiliated groups descending on Georgia to help hold or flip the Senate have real, everyday Georgians in mind when they throw money at candidates? Or, after January 5, will they pack their bags and their bank accounts, content they achieved their goals, and leave the state never worrying whether the win or loss is good for the Georgia voters they relied on to achieve it?