Who Is Rating Our Movies? Inside the Corrupt MPAA Cartel 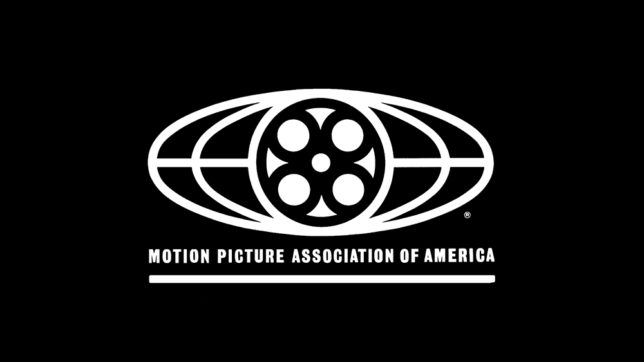 Note: Capital Research Center has a policy of editing profanities; the author wishes to make it known that he opposes such policies anywhere and everywhere, including in the article below.

Nearly all Americans are familiar with the Motion Picture Association of America (MPAA) rating system – the “G,” “PG,” “PG-13,” “R,” and “NC-17” classifications used in part to determine age restrictions theaters should impose on films. What is less well known is that this system is the descendant of illegal government censorship and the product of a corrupt cartel. It has also contributed to dangerous parenting trends.

The MPAA serves as the trade association representing the five major film studios (now Disney, Paramount, Sony, Universal, and Warner Bros.) and Netflix. As reported by CRC’s Hayden Ludwig, the MPAA has been instrumental in lobbying Washington for policies the film industry deems beneficial. It has supported numerous overzealous internet censorship bills for the purpose of preventing movie piracy, including the Stop Online Piracy Act (SOPA) and the PROTECT IP Act (PIPA), both wildly unpopular. Computer scientist Vint Cerf, one of the founders of the Internet, wrote of SOPA that it would begin “a worldwide arms race of unprecedented ‘censorship’ of the Web.”

Founded in 1922, until 1945 the MPAA was named the Motion Picture Producers and Distributors of America (MPPDA). At the time of its founding, many state and local municipalities required movies be censored. As of 1929, more than 50 percent of American moviegoers lived in an area with such censorship, but the laws for each jurisdiction varied, leading to difficulties for the industry and frequent reedits to meet the requirements.

In 1952, the Supreme Court unanimously decided that this censorship was illegal under the First Amendment. But by that point, the MPPDA was already heavily involved in the censorship of films and they would continue long after. To standardize censorship requirements, the MPPDA decided to self-censor. Between 1934 and 1965 the MPPDA rigidly enforced “Hay’s Code,” which dictated that “no picture shall be produced that will lower the moral standards of those who see it. Hence the sympathy of the audience should never be thrown to the side of crime, wrongdoing, evil or sin,” “correct standards of life, subject only to the requirements of drama and entertainment, shall be presented,” and “law, natural or human, shall not be ridiculed, nor shall sympathy be created for its violation.”

Hay’s Code was creatively restrictive and assisted in upholding societal ethical standards we now consider abhorrent; under the code until 1956 “portrayals of miscegenation were forbidden.” Additionally, references to homosexuality were forbidden, as was “the ridicule of religion.”

The absurd restrictions applied even to “excessive and lustful kissing,” a standard that dates back to the medium’s origin. Thomas Edison produced a silent film in 1896 entitled The Kiss which was only 18 seconds long and ended a brief, closed mouth kiss. A critic at the time referred to what would now be a G rated scene as “disgusting” and “indecent” and believed “such things call for police interference.” The film was denounced as pornographic, and the Catholic Church called for censorship.

In 1966, Jack Valenti became president of the MPAA at a time when Hay’s Code was antiquated and unpopular. Filmmakers actively pushed at the code’s boundaries or found ways around it. So by 1968, Valenti replaced it with the “voluntary” rating system under the Classification & Ratings Administration (CARA), which, with some minor changes, remains the system used today. Valenti argued the rating system was necessary in part because of “the possible intrusion of government into the movie arena,” despite the 1952 Supreme Court decision making the government’s ability to censor films constitutionally limited.

While the “censorship” is not as extreme as Hay’s Code, it is hardly as “voluntary” as the MPAA claims. The MPAA, which is the studios and exhibitors, knows well that America’s major cinema chains will not screen a film that is unrated. Nor will they screen a film that has an NC-17 rating, which cannot be widely advertised. An NC-17 rating is considered the financial death of a film. For that reason, most films receiving an NC-17 rating will self-censor to receive an R.

Filmmaker Kirby Dick attacked the ratings system in his 2006 documentary This Film Is Not Yet Rated. In the film, Dick hired a private detective to discover who the anonymous members of the rating board are (according to the film, every other film rating system in the world makes these names public). The first cut of the film, unsurprisingly, received an NC-17, but the finished film goes on to document the process of receiving that rating and appealing it.

Through that process—and interviewing other filmmakers negatively affected by the ratings process—Dick depicts a corrupt system that is utterly unhelpful to parents. An interview with Matt Stone, co-creator of South Park and The Book of Mormon, explains that when his early career independent film Orgazmo received an NC-17, the MPAA refused to explain its reasoning, making it impossible to know what changes were needed to get an R. But when his movie South Park: Bigger Longer & Uncut received an NC-17, which was produced by MPAA member Paramount Pictures, the ratings board told them exactly what changes needed to be made to receive an R.

The charge of independent films receiving unequal treatment and less transparency than major studio films is commonly aimed at the studio-run MPAA—it’s the sign of a cartel. There is an appeal process when filmmakers receive a rating they consider unfair, but Dick reveals it is made up of the same industry interests (with the addition of clergy), and filmmakers are not allowed to use examples of other films with similar content but a different rating as evidence.

Jack Valenti claimed “the basic purpose of the rating system is a simple one: to offer to parents some advance information about movies so that parents can decide what movies they want their children to see or not to see.” Dick, in an interview promoting his film, explained clearly how this is untrue:

This is not a moralistic ratings structure, it’s very much bottom-line driven. I think the MPAA, if they had their choice, wouldn’t have any ratings at all. But if there is going to be one they want to control it because they want to make sure their films get out to the widest possible marketplace and to do that they want to make sure their films get the least restrictive ratings. Which explains why violence gets off so easy—their target audience right now is adolescents, and violent films appeal to adolescents. That’s why they make sure those films get off easy in the rating system. But look at their competition, which is independent films and foreign films—they tend to make films with more mature themes and more adult sexuality. It’s those films that get the NC-17 rating.

This is a bottom-line driven system that helps the studio’s bottom-line and hurts the competition’s releases.

If it were truly a system designed to help parents decide what they want their children to see, it is doing an awful job.

The rating system is harsher on violence that includes blood than violence without blood. Is it better for children or teenagers to not understand that violence has consequences?

A PG-13 rating allows the use of the word “f**k,” but only if it’s used no more than once and not with a sexual meaning. Is there any reasonable argument that using it one additional time over two hours suddenly makes the film inappropriate?

Dick profiles the Iraq war documentary Gunnar Palace, which originally received an R rating for its 42 uses of “f**k” and its derivatives—which is likely a reduced portrayal of the rough language used by military personnel in a war zone. This film depicts reality and it is newsworthy; a 16-year-old can’t see an R rated film without a parent, but in only two years he or she would be able to make the decision to go to war themselves. Shouldn’t teenagers be able to learn about reality? Similarly, the 2011 documentary Bully received an R rating for profanity, but it follows children as young as 11 being bullied. The director intended it to be shown to middle and high schoolers to help prevent bullying. How could a film about the daily experiences of children be inappropriate for children?

Valenti once said, “I don’t have any child behavioral experts on that panel. I just want ordinary people.” This decision shows. In the appeals process for his film, Dick spoke over the phone with Joan Graves, chair of CARA:

Graves: Are you a parent?

Dick: I am a parent.

Graves: Do you feel there is material in your film you wouldn’t want your children to see?

Dick: It’s really all dependent on the child and the context in which they see it.

This lack of consideration of context is devastating for parenting. Many parents trust the MPAA to know what’s appropriate for a child, but the documentary shows that MPAA has no interest in understanding that every child is unique.

Prior to September 1990, parents couldn’t even easily know why a movie received an R, as only then were the explanations added along with the rating. The rating system makes it easy for a parent to ignore what is right for their child and instead lazily shift responsibility to a group that used to think miscegenation wasn’t fit to be seen by anyone.

For children who want to watch a movie rated for older ages, the desire to engage with ideas and content that is challenging ought to be encouraged. No one is advocating showing a five-year old a film that is going to frighten them, but for older children and teenagers, preparing them for the world in which such content is commonplace is one of the core responsibilities of a parent. Children are born to grow up. Delaying or preventing that isn’t being a good parent, rather it’s hindering a child’s ability to succeed in life. As Jonathan Haidt and Gregg Lukianoff explain in The Coddling of the American Mind, keeping children sheltered hurts and likely contributes to the rise of anxiety and depression among young Americans.

But the MPAA has even attempted to restrict communication of that message. Greg Lukianoff is featured in the family friendly No Safe Spaces, a film from Capital Research Center’s film brand Dangerous Documentaries, which the MPAA recently gave a PG-13 instead of our desired PG rating.

The MPAA may be of help to the film industry’s major players, but for independent filmmakers, parents, and children, it is probably best ignored.