Whither the Soros Foundations – After Soros? Part Two 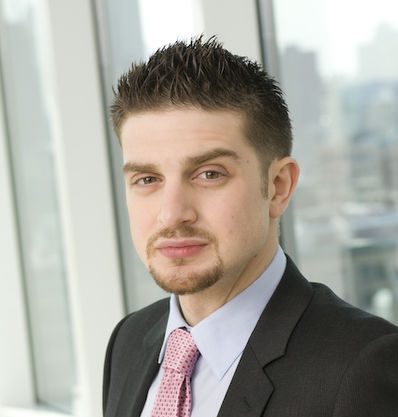 Alexander Soros, the second-youngest child of George Soros, is working on his PhD in history and philosophy at the University of California at Berkeley. In 2017, his political giving had exceeded his father’s by $40,000. Credit: Nathalie Schuller. License: https://goo.gl/p6jepV.
by Neil Maghami

In Soros’ Own Words

The shift from Open Society Foundations (OSF) president Christopher Stone to Patrick Gaspard (who only joined the OSF in January 2017, initially as vice-president for programs, reporting to Stone) raises the question of the long-term trajectory of the Soros apparatus. George Soros’ own thinking on this topic is perhaps the best place to begin.

As early as his 1991 book Underwriting Democracy, Soros offered thoughts about the future of the Open Society Foundations. He wrote: “I feel that the foundations cannot continue in their present form indefinitely and need to be replaced by a different set of institutions – like the Central European University [CEU] – which are to be run along professional lines. Still, I should like to preserve the spirit that imbues the foundations as long as possible; I am even trying to infuse it into the Central European University, at least during its formative state. When that spirit is gone I shall have little in common with the institutions I have helped bring into existence; but presumably I shall be gone, too.”

Founded in 1991, CEU calls itself “a global community grounded in a firm belief in the role for open and democratic societies that respect human rights and human dignity.” The institution claims 13,000 alumni in 130 countries.

As some Soros critics have noted, for a “university,” CEU offers a surprisingly narrow set of classes. There’s no physics department, no chemistry laboratories or space for the hard sciences generally – there’s a Department of “Environmental Sciences and Policy, however. What its offering lacks in terms of the hard sciences, it more than makes up in trendy leftist subjects such as “gender studies,” “network science,” “sociology and social anthropology” and “nationalism studies.”

It says something about Soros’ priorities, that he would so generously fund a school that prioritizes the social sciences over, say, providing a decently-provisioned school of engineering. Such a school could help energize an economic renaissance through the production of goods that could be exported, in a part of the world that badly needs jobs and a manufacturing base.

Also in Underwriting Democracy, Soros recalls a speech he delivered to an Eastern European audience in 1990 regarding the future of his philanthropic activities in that region. To underline his willingness to try new approaches and abandon old ones, Soros boldly told the audience:

I don’t like foundations. I think foundations corrupt the impulse that led to their formation. That is so because foundations become institutions and institutions take on a life of their own. A lot of people feel good when they have created an institution, but I feel bad. There is only one thing that can excuse the crime: if the foundations do something really worthwhile. Otherwise they have no business existing.

In his introduction to The Philanthropy of George Soros (published in 2011), Soros elaborates his thinking further:

When I established the Open Society Foundations, I did not want them to survive me. The fate of other institutions taught me that they tend to stray very far from the founder’s intentions. But as the Open Society Foundations took on a more substantial form, I changed my mind. I came to realize that terminating the foundations network at the time of my death would be an act of excessive selfishness, the equivalent of an Indian maharajah’s wives being burned on his funeral pyre.

A number of very capable people are devoting their lives to the work of the Open Society Foundations; I have no right to pull the rug from under them. More importantly, we have identified a sphere of activity that needs to be carried on beyond my lifetime and whose execution does not really require either Aryeh’s [Aryeh Neier, longtime OSF president] presence or mine. That niche consists in empowering civil society to hold government accountable…

What will be missing when I am gone is the entrepreneurial and innovative spirit that characterized the Open Society Foundations. I have tried to deal with problems as they arose through a process of trial and error. I was able to move fast and take big risks. The governing board that will succeed me will not be able to follow my example; it will be weighed down with fiduciary responsibilities. Some of its members will be faithful to the founder’s intentions; others will be averse; but the founder is anything but risk averse.

How would Soros re-organize the foundations to continue his vision? One idea he shares is:

As things stand now, a new [Open Society] president would have to spend several years just to get to know the organization. I should like to appoint six to eight vice presidents who could take charge of discrete portions of the organization and report to an incoming president – that would leave him or her time to formulate strategy and consider new initiatives. But we must avoid a centralized structure at all cost. At present most of the innovative ideas come from within the network of networks, not from the top.

Soros further observes that the foundation apparatus has “more money than ideas” and needs to be able to “generate more ideas in order to use our money more effectively.” One solution is to “outsource the process [of generating ideas] to the [School of Public Policy at Central European University], the school will produce public goods which count as output; if we did it internally, as most foundations do, that would count as overhead… To fulfill my hopes, the school would have to institutionalize the entrepreneurial and exploratory spirit that currently imbues the Open Society Foundations. That would involve taking a critical look at our prevailing beliefs and practices.”

Soros has evidently done more than just mused in print about the future of the School of Public Policy. One of his sons, Alexander, is on the School’s advisory board, perhaps indicating how much consideration Soros has given to further shaping its long-term evolution.

Another way Soros seeing the School as helping revivify the entire Open Society apparatus includes the following, again from The Philanthropy of George Soros: “Our main difficulty has been in keeping our network of national foundations and ‘legacy’ programs from going stale because that requires almost as much effort as stating new ones; yet my bias has been to focus on the cutting edge. That is where I look for relief from the School of Public Policy. It is meant to be exploring new programs; therefore it should be able to keep the legacy programs up to date even in my absence.”

In the third installment of “Whither the Soros Foundations – After Soros?” we look at the future heirs of the Soros foundations, and how they’ll continue their father’s left-wing vision.