Whither the Soros Foundations – After Soros? Part Four 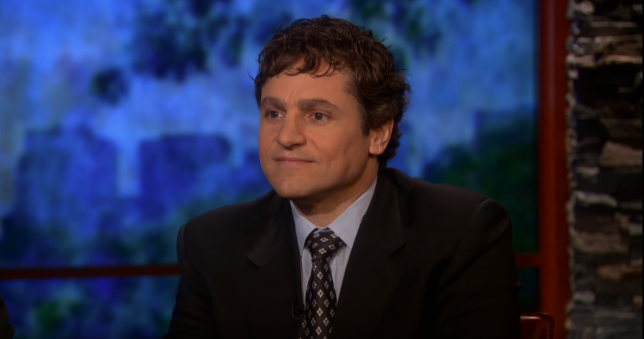 In 2015, Canadian author Anna Porter published a largely sympathetic (even sycophantic) book about George Soros entitled Buying a Better World: George Soros and Billionaire Philanthropy. Putting aside Porter’s admiration for Soros (and readiness to denigrate practically all Soros critics), parts of the book are helpful and informative regarding the Open Society Foundations’s (OSF) inner workings, giving observers a further perspective on its future evolution after Soros.

For example, at least one long-standing Open Society Foundations board member, Leon Botstein, goes on the record with Porter to say that: “I wish that there had been a sunset moment [for the foundations] despite how good some of [Soros’] people are.” Porter suggests Botstein believes that, without Soros himself around to provide guidance, the foundations will likely be unable to avoid becoming “bureaucratic.”

Porter analysis of Central European University is also worth noting – especially in light of Soros’ own statements on the institution as reviewed above. In summarizing CEU’s growth from its founding in 1991, Porter writes: “None of this came without the hiccups of fast growth and too much unquestioned funding, internal feuding, and occasional intrigue, although not more so than in most universities. [Istvan] Teplan [CEU’s executive direction from 1992 to 2007, whom Porter interviewed for the book] was still bitter about former Rector Yehuda Elkana, under whose autocratic reign there were lavish dinners, even more lavish conference, and some personal friends appointed to high positions.” (Elkana served from 1999 to 2009 as CEU’s third president; he died of cancer in 2012.)

Of CEU’s own operations, Porter notes the weakness of its publishing arm, Central European University Press, calling it “a bit player” in the US academic book market that suffers from “a lack of effective distribution.” (No doubt some of the $18 billion infusion of new Soros money can assist in this matter: The spread of Soros’ ideas might quickly metastasize if CEU were able to publish books and produce other materials to incorporate directly into the curriculum of other universities!)

Porter sees a bright future for CEU, as an institution that “may yet turn out to be the incubator of future leaders…” But she saves her most tantalizing comment on the Open Society Foundations for the very last page of her book: “Soros’ generosity has also had some unfortunate side effects: money often corrupts and large sums can lead to excessive corruption, or, at the very least, excessive pandering. As one insider said, sometimes during the past years the foundations resembled a royal court with a king and his courtiers,” she writes.

The Philanthropy of George Soros includes an afterword by former OSF president Aryeh Neier. In one section, Neier observes that

[t]he Open Society Foundations have played a leading role in the development of the international human rights movement. Because of my own background, George Soros has largely deferred to me to guide the network’s activities in this area. Thanks to the resources he has made available, we are today the largest supporter of the human rights movement worldwide. It is – along with the international environmental movement – one of the two largest, best organized and most influential global citizen movements.

Neier’s statement highlights what George Soros, in another context, has called the “moral capital” of the foundation/philanthropy complex he funds – from which flows its ability to exercise political and cultural influence.

A great deal of this “moral capital” is owed to the perception (carefully orchestrated through sympathetic media coverage, as well as Soros’ own loquacious public statements and interviews, and his many published books) that there is some kind of implicit unity of interest between what Soros’ “open society” values and the well-being of those nations where OSF is active in funding non-profits advancing these ideals.

But this narrative of a philanthropic organization founded by a super-hero activist billionaire who provides barrels of cash to human rights organizations out of the goodness of his heart, simply to improve the world, is wearing thinner as time passes:  Now, it is seen by many for what it has always been—an illusion, a magic trick.  The sooner the central myth of Soros’ philanthropic activities is called into question through public criticism and expressions of opposition to the OSF agenda, the faster the illusory “moral capital” of his works drains away.

In July 2017, for example, an Israeli government spokesperson singled out Soros as someone who “continuously undermines Israel’s democratically elected governments” and whose fortune funds groups “that defame the Jewish state and seek to deny it the right to defend itself.”

Soros’ image has taken a beating since the publication of a 2013 study detailing the links between OSF and organizations running campaigns intended to reduce global support for Israel; the study meticulously details OSF connections to anti-Israeli groups. Here are a few of them: Human Rights Watch (which received a $100 million commitment from Soros in 2010); Media Matters for America; the Center for American Progress (CAP) and the Iranian American Council—not to mention several obscure Palestinian organizations.

“It is unclear whether or not Soros and his family know of the Open Society Foundation’s role in supporting the global delegitimization of Israel,” write Alexander H. Joffe and Professor Gerald M. Steinberg in their report entitled Bad Investment: The Philanthropy of George Soros and the Arab-Israeli Conflict. The answer to that question may be unclear, but OSF’s links to the organizations listed in the report are made perfectly clear.

With this information widely publicized and freely available around the world, the implicit unity of interest between Soros interests and the nation of Israel’s has been vastly diminished. In this area, Soros is left looking less like a generous, well-meaning benefactor and more like a schemer and a condescending political meddler.

What was common knowledge in Israel (that Soros cares little for the populations of individual nation states, their elected representatives or what they may think of his efforts to impose his concept of an “open society” upon them) is quickly becoming apparent around the world.

As Jerusalem Post columnist Caroline Glick has eloquently put it – far from advancing some notion of the common good or general welfare, the influence wielded by Soros’ foundation/non-profit empire seems focused on “denying citizens of Western democracies the right to maintain any distance between themselves and” Soros’ ideas. And with Soros’ foundations reaching more than 100 countries, she concludes, there are no “safe spaces.”

Meanwhile, for much of 2017, Soros and his Open Society apparatus has been under constant criticism from Hungary’s elected government which, ironically, is led by Viktor Orban, who as a younger man benefited from a Soros-funded scholarship.

Orban and other Hungarian conservatives take strong issue with Soros’ cheerleading for the European Union to re-settle untold thousands of Muslim refugees in its member states, including Hungary. There especially concerns are running high about the possible spread of jihadist theology and terrorist infiltration such re-settlement could facilitate.

Soros has been vocal on the subject of Muslim refugees since 2015, when he published an op-ed demanding that “the EU has to accept at least a million asylum-seekers annually for the foreseeable future.” A year later, in an essay for Foreign Policy Soros reiterated his call for Europe to open its doors: “the EU and the rest of the world must take in a substantial number of refugees directly from front-line countries in a secure and orderly manner…”

In September 2016, the OSF announced a partnership with the Government of Canada and the United Nations High Commissioner for Refugees “aimed at increasing private sponsorship of refugees around the world…” The joint press release on the partnership made reference to how “[t]his project will complement other initiatives under development elsewhere in the world also aimed at mobilizing citizens and creating complementary pathways for admission of refugees.” This is a reminder of the OSF network’s long-standing efforts to normalize illegal immigration and oppose comprehensive immigration reform here in the US.

Hungarian critics of Soros’ refugee resettlement push have made their case in a manner that is, to say the least, out of step with conventional forms of political expression in Western Europe and the US: The raising of huge, satirical billboards of a smirking, cartoonish Soros, with the slogan “Don’t Let Soros Have the Last Laugh!” leaves some observers here uncomfortable.

The crudeness of this graphic approach aside, Soros’ Hungarian critics succeeded in starkly highlighting that Emperor Soros has no clothes; that the implied unity of interest between Soros and Hungary as a political community with distinct interests (such as not importing jihadi terrorists) simply does not exist. The billboards advertise the fact that he places his own views high above those with whom he disagrees; and that mere elected governments don’t count for much with him when they take issue with his imperial schemes.

For all we know, George Soros may have another $5 billion or $10 billion in additional funds deposited abroad that may ultimately fall into the already over-stuffed coffers of OSF operations. And he can bequeath any number of loyal retainers and advisers to whichever family members rise to take his place at OSF’s helm. He can leave extensive private guidance to the OSF Global Board; he can re-position the Central European University as a global think-tank for the OSF and provide CEU with a large endowment to that effect. He can do whatever he wants. He’s Soros.

But not even Soros’ billions can put the genie back into the bottle again. The word is out, and spreading around like never before: George Soros is not the “philanthropist” that he loudly claims to be. And the billions of dollars he has given away have nothing to do with loving humanity, and everything to do with the raw exercise of his own personal power and the imposition of his worldview upon the nations.