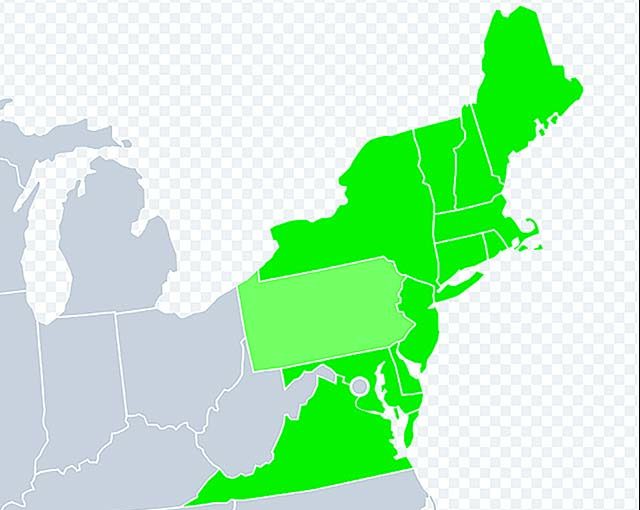 Outgoing Gov. Ralph Northam (D) entered Virginia into RGGI in 2020 in order to curb global warming, with the legislation taking effect in 2021.

Rapid hikes in electricity prices cost consumers an average of $2.39 per month and industrial ratepayers a staggering $1,554 per month, the executive order notes, pushing 100,000 households onto the commonwealth’s energy assistance program at a cost of $46 million in 2019. In total, Dominion Energy expects RGGI to cost ratepayers as much as $1.2 billion over the next four years.

A Tax on Both Your Houses

At RGGI’s core is a tax on carbon dioxide (CO2), which I’ve called a “master tax” because it effectively targets everything.

CO2 is a byproduct of burning oil, coal, natural gas, and most other forms of energy. Taxing it dramatically raises the cost of food, electricity, gasoline, water, construction materials, shipping and packaging, airfare, heating and air conditioning, plastics, and furniture—anything and everything demanded by a modern economy.

Yet if minimizing CO2 output is the Left’s priority, they shouldn’t look to Virginia. According to the U.S. Energy Information Agency, 61 percent of the commonwealth’s electricity production comes from natural gas—which when burned only emits half as much CO2 as coal and 71 percent as much as heating oil—and another 29 percent from its four nuclear reactors, which emit no carbon dioxide at all.

The irony is that Virginia is the environmental Left’s dream come true, at least circa 2000 when the Clinton administration and its eco-allies like Greenpeace proposed using natural gas to “dial coal [and oil] out of the economy.” These same groups reportedly described pre-scandal Enron “in glowing terms.”

Pennsylvania Republicans argue that RGGI should be treated as a tax, therefore requiring legislative approval under the state constitution. On January 10, Wolf vetoed legislation to block Pennsylvania’s participation in RGGI, arguing (with support from left-wing legal groups) that he has the authority to implement the compact because it merely introduces a fee. Some expect the long-running showdown to set up a constitutional crisis in the Keystone State.

In Virginia, the reverse is true. Left-wing groups and outgoing Attorney General Mark Herring (D) argue that Youngkin doesn’t have the power to withdraw Virginia from RGGI via an executive order. Their arguments will likely fail. The order instructs the Department of Environmental Quality to reevaluate the costs and benefits of participation and take steps to repeal the regulation enabling Virginia’s membership in the compact within 30 days.

For more on the Regional Greenhouse Gas Initiative (RGGI), see: