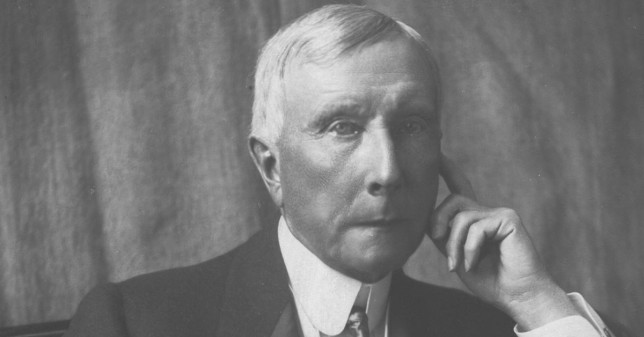 Based on the Rockefeller Foundation’s left-wing leanings, one would assume that John D. Rockefeller—the oil magnate who founded the foundation—was a bleeding-heart liberal. Not quite. Rockefeller was actually a devout Close Communion Baptist whose philanthropy was guided by “religious conviction and the old-fashioned concept of stewardship.” He was wary of giving money to professors “drifting, in cases, toward socialism and some forms of Bolshevism.”

Its president, Judith Rodin, is a close friend of the Clinton family and has steered the foundation ever closer to the Left. It is now primarily focused on so-called “resilience,” the primary goal of which is to make urban centers around the world more resilient to civil unrest, environmental disasters, and health problems. To carry out this mission, the foundation has pledged to pay 100 cities $1 million each to create a position called “chief resilience officer.”

And a major component of “resilience” is a renewed focus on “planetary health,” which includes punitive increases in taxes on “alcohol, tobacco, refined sugars, and ultra-processed foods.” Rodin’s Rockefeller now believes all of these products—even sugar and alcohol—harm the planet and its people, justifying massive tax increases to curb consumption.

It represents not only the drift toward socialism which John Rockefeller so greatly feared, but also the schism between “donor intent” and the foundation’s current objectives. What Rockefeller began as a nonpartisan philanthropic force has now become another conduit of a left-wing agenda.

You can read more about the Rockefeller Foundation in the April edition of “Foundation Watch.”

This blog post was adapted from the April edition of Capital Research Center’s “Foundation Watch,” by Martin Morse Wooster.

Terror of the Unborn: Billions for Millions of Abortions

Terror of the Unborn: A Quiet Malthusian