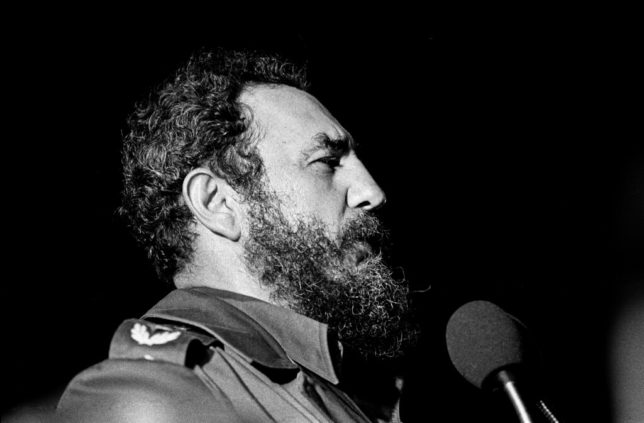 Over the next several weeks, from late July through early August 2019, a little-known pilgrimage of American radicals will take place. The Venceremos Brigade, a group that traces its history to the far-Left activism of the late 1960s, will be making its 50th anniversary trip to Cuba in order to labor in solidarity with that country’s communist government. Though the size, structure, and organization of its activities have changed somewhat over the decades, the Brigade still retains its affinity for Cuba’s authoritarian socialist society and its disdain for U.S. foreign policy. And today, it operates as a project of a multi-million dollar 501(c)(3) nonprofit organization with financial ties across the mainstream center-Left.

The first iterations of the Venceremos Brigade—which translates to the “We Shall Overcome” Brigade—traveled to Cuba in late 1969 and early 1970 at Fidel Castro’s invitation. Members of a left-wing U.S. group called Students for a Democratic Society formed two initial Brigades, transporting hundreds of American volunteers to the island via Mexico and Canada. Many of these young brigadistas were ardent believers in revolutionary socialism, and one of the people most closely involved with the planning of the first Brigades was Bernardine Dohrn, who spent three years on the FBI’s most-wanted list for her involvement in a far-left domestic terrorist group called the Weather Underground at around the same time.

The specific objective of these first two Brigades was to help the Cuban people fulfill Castro’s call for the largest sugar harvest in the country’s history—10 million tons—in 1970. This manifestation of the archetypical communist obsession with gigantic national production projects at the expense of elementary economics not only failed (the final tally was 8.5 million tons), but diverted a million Cubans from other vital sectors of the economy and so-flooded the worldwide sugar market that the harvest was actually one of the least-profitable in Cuba’s history up to that time. The American brigadistas, however, were undeterred. The Venceremos Brigade continues its yearly Cuba trip to this day, albeit with a contingent typically counting in the dozens and an experience apparently more akin to a sort of propagandized summer camp than to hard agricultural labor.

Still, just as in 1970, today’s Venceremos Brigade remains committed to solidarity with the Cuban people and their government, either willfully blind to or disturbingly accepting of that country’s history of brutal authoritarianism. Castro himself was an object of particular veneration, as evidenced by the Brigade’s reverential 2016 eulogy to the deceased dictator. The tribute even led with “Hasta Siempre Comandante,” a deeply-charged phrase similar to the one that recently generated so much controversy between Democratic presidential hopeful Bill de Blasio and Miami’s large Cuban-American community. Castro, the Brigade declares, spent his life in service to the “liberation, peace, and dignity of all people.” Strange words indeed to describe a man willing to consign his own people to annihilation for the sake of a surprise nuclear attack on the United States.

It is, of course, tempting in the post-Cold War era to dismiss today’s Venceremos Brigade as a small fringe group of deluded ultra-radicals. But through their fiscal sponsor, the Alliance for Global Justice, the Brigade is linked to a number of organizations not usually associated with the revolutionary Left. Fiscal sponsorship is a legal arrangement through which a nonprofit that has been granted tax-exempt status by the IRS provides support—chiefly financial administration—to a group that does not have its own tax-exempt status. (The Capital Research Center recently published a four-part series exploring this topic.)

The Alliance for Global Justice is a 501(c)(3) nonprofit based in Tucson, Arizona, that specializes in providing fiscal sponsorship, and lists many dozens of sponsored projects on its website. Potential projects are evaluated by the Alliance’s board of directors with reference to a set of core principles that include anti-capitalism, a belief that “group rights” are equal or superior to individual rights, and opposition to both the U.S. military and to “Western-style liberal democracy” in general. The Alliance even refuses to disavow armed revolution as a means of achieving these objectives; indeed, they explain that “[o]ur parent organization, the Nicaragua Network, was founded to support an armed revolution.” In short, it’s the perfect home for projects like the Venceremos Brigade, enamored as they are with revolutionary socialism.

If the Alliance for Global Justice operates at one extremity of the American political spectrum, it has nonetheless attracted substantial support from more nominally mainstream funders. Its most recent IRS Form 990 reported a budget of about $3.5 million, and in recent years it has received grants from numerous labor unions like the AFL-CIO, the American Federation of Teachers, and the SEIU, as well as other 501(c)(3) nonprofits like the Proteus Fund, the Silicon Valley Community Foundation, and the Tides Foundation. Additional benefactors include large private foundations such as the Surdna Foundation and the Charles Stewart Mott Foundation, both of which quite ironically owe their vast endowments to the sort of capitalism that the Alliance vigorously opposes. Though the Alliance also reported contributions from the University of Mississippi and the University of Arizona Foundation, the Capital Research Center has learned that the payments from the University of Mississippi were, in fact, for services rendered by the Alliance, and not contributions. The University of Arizona Foundation reported on its most recent Form 990 that the purpose of the payment was for “General Support.”

The funding that actually makes its way to the Venceremos Brigade itself is, by virtue of its status as a fiscally-sponsored project, more difficult to pin down. Undoubtedly much of it comes from the brigadistas individually, since trip fees run upwards of $2,200 per participant, which is significantly more than the average Cuban makes in a year. The Brigade also asks for contributions at college events, holds various fundraisers, and solicits donations on its website (routed through the Alliance for Global Justice for a 7 percent fee). Much of this money is used to provide financial assistance to prospective brigadistas unable to afford the full travel cost.

As the Venceremos Brigade gears up for its semi-centennial trip—projected to be the largest in recent memory—it’s worth remembering that American leftist solidarity with dictatorial regimes is neither a new nor a unique phenomenon. Broadly similar ideological precepts unite today’s brigadistas with their 60’s-era forbearers, and the recent occupation of the Venezuelan embassy in Washington, D.C., by groups like Code Pink remind us that such sympathies can transcend even the most egregious governmental failures. What merits special attention, though, is how few degrees of separation are required to get from revolutionary socialism to some of America’s most prominent labor unions, foundations, and universities. It’s hard not to wonder what they see as worth perpetuating from some of the saddest remaining vestiges of the 20th century’s tragic experiment in communism.