The Myth of the Conservative Carbon Tax: Creative Accounting and Redistribution 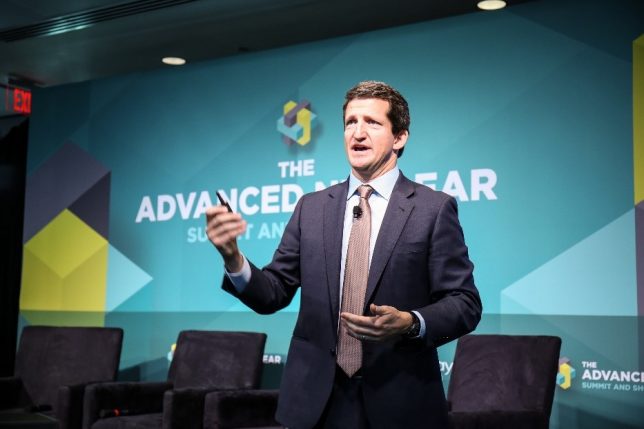 Perhaps the most active conservative climate change activist is North Carolina entrepreneur and philanthropist Jay Faison. In 2015, Faison sold the majority of his stake in the company he founded—SnapAV—to fund his climate change lobbying machine, the ClearPath Foundation, to the tune of $175 million.
by Daniel Lauer, Hayden Ludwig

So how do proponents justify calling a carbon tax “revenue-neutral”? The Citizens’ Climate Lobby (CCL), like virtually all carbon tax advocates, maintains that a “carbon dividend is the key to offsetting these cost increases” to consumers. Billions of dollars in revenues from a carbon tax would be “returned to households as a monthly energy dividend,” CCL maintains, “to help ensure that families and individuals can afford the energy they need during the transition to a greenhouse gas-free economy.”

Proponents like the Niskanen Center’s Jerry Taylor say a carbon tax is an easy sell for fiscal conservatives because those new revenues can offset existing taxes, lowering the overall tax burden on Americans, even with the hike in their electricity bills. By taxing the thing we don’t want, they say (channeling Friedman), the market will ensure that carbon dioxide emissions slowly disappear until one day they vanish altogether. In the process, the country will switch to alternative energy sources, like wind and solar, and that’s it—global warming is solved.

Not quite. Even if Americans got most or all of their energy from solar panels and windmills (the latter a finicky technology humans have struggled to master for some 5,500 years), it would present bigger problems than climate change advocates admit—most notably extensive brownouts, since wind turbines generally produce energy at about 34 percent capacity (compared with 85 to 89 percent for conventional natural gas, coal, and nuclear sources).

What about global warming, though? Advocates often cite a social cost to unborn generations resulting from excess carbon dioxide in the atmosphere while pointedly missing the social cost of their own policy to living generations. Since Americans derive their electricity overwhelmingly from carbons (oil, coal, and natural gas), a carbon tax would effectively be a tax on every product manufactured, moved, or distributed in America—in other words, every product in the country.

And far from offsetting these costs, a carbon dividend would only set the nation hurdling towards financial ruin. A key part of any carbon tax is an annual increase in the tax rate on every ton of carbon dioxide, in order to one day eliminate carbon emissions altogether. Even in the unlikely event that a carbon tax merely replaced existing taxes instead of adding to them, these tax hikes mean that America would hitch the federal revenues that pay for essentials like national defense to the very thing backers want to do away with: carbon emissions. The result would be diminishing revenues, falling dividends, and rapidly rising energy prices.

A carbon tax is a bad deal among bad deals for Americans; the fact that two Republicans—former Secretaries of State James Baker and George Shultz —proposed it, doesn’t make it any better.

The so-called Baker-Shultz plan (different from the Curbelo plan) might be called the father of all conservative carbon tax schemes. In a February 2017 op-ed in the Wall Street Journal, the pair called on President Trump and the Congress to enact a $40 per ton “revenue-neutral” carbon tax and dividend. Such a plan, they wrote, “could spur larger reductions in greenhouse gas emissions than all of President Obama’s climate policies” while strengthening the economy, buttressing national security, and “shrinking the size of government” by eliminating the EPA’s authority to regulate carbon emissions.

It should be remembered that “Obama’s climate policies” referenced above hinged on the annihilation of the American coal industry and preservation of the Paris Climate Accords—policies candidates Trump and Pence vowed to gut if they won the White House. As climate expert Rupert Darwall noted in National Review, “the Baker-Shultz carbon tax proposal is really about saving the Paris climate treaty.”

In order to add unimpeachable credibility to their plan, Shultz and Baker hailed “conservative thinkers Martin Feldstein, Henry Paulson Jr., Gregory Mankiw, Ted Halstead, Tom Stephenson and Rob Walton”—co-authors of a new and authoritative report, “The Conservative Case for Carbon Dividends,” published by the Climate Leadership Council (CLC), a Washington, D.C.-based advocacy group that debuted alongside the report in February 2017. The report itself attempts to appeal to the “populism” of Trump supporters, but succeeds only in a thinly veiled sneer against voters who “threaten the current policy consensus in favor of liberalized trade and investment.”

The best remedy is to redirect this populist energy in a socially beneficial direction. Carbon dividends can do just that based on a populist rationale: We the People deserve to be compensated when others impose climate risks and emit heat-trapping gases into our shared atmosphere. The new ground rules make intuitive sense: the more one pollutes, the more one pays; the less one pollutes, the more one comes out ahead. This, for once, would tip the economic scales towards the interests of the little guy.

And while CLC doesn’t shy away from calling itself bipartisan, even the most pragmatic Republican might be disturbed by the involvement of the Nature Conservancy and Conservation International in the group’s founding coalition—environmental activist groups funded by the left-wing Packard, Moore, Rockefeller, and MacArthur Foundations. (CLC report co-author Henry Paulson, it’s worth noting, once served as chair of the Nature Conservancy board of directors.)

CLC has set its sights on a congressional carbon tax after the 2020 presidential election through its PAC: the euphemistically named Americans for Carbon Dividends (AFCD), co-chaired by former Republican Senate Majority Leader Trent Lott (Mississippi) and former Democratic Sen. John Breaux (Louisiana). The campaign has received a $1 million funding pledge from nuclear power provider Exelon Corp. and support from Exxon Mobil, Royal Dutch Shell PLC, BP, and other major firms, presumably since the legislation AFCD proposes will protect oil and gas companies from other climate-related lawsuits.

Unsurprisingly, the Baker-Shultz plan is also supported by the left-wing Union of Concerned Scientists and the World Resources Institute, which hailed it as a “good starting point” for “cut[ting] emissions in line with the goals of the Paris agreement.”

Ex-NASA head James Hansen, an activist lionized by the environmental Left as the “father of climate change awareness,” likes it, too. Hansen didn’t think the Obama Clean Power Plan—which would have raised electricity prices by an estimated 250 percent—went far enough towards stopping global warming. But a carbon tax? You bet:

The only effective way of addressing climate change is to make the price of fossil fuels include their cost to society. . . .

I call it a carbon fee because you would give all of the money to the public, a dividend to each legal resident. [A group of Republicans] have adopted [this approach] almost precisely as I proposed it in 2008 [emphasis added].

Amazingly, Hansen credits himself for the supposedly conservative carbon tax proffered by these elder Republican statesmen. (To be fair, he does note one difference: where he called for a $55 tax per metric ton of carbon dioxide, the Baker-Shultz plan only mandates $40 per ton.)

Such an admission from a militant leftist should frighten any conservative. And Hansen is an undisputed militant: In 2008, he declared that the “CEOs of fossil fuel companies . . . should be tried for high crimes against humanity and nature.” The following year he wrote that “the trains carrying coal to power plants are death trains. Coal-fired power plants are factories of death.” It got so bad that in 2012, 49 former NASA astronauts and scientists accused NASA of “sullying its reputation” under Hansen’s leadership by taking “extreme” positions on climate change.

With a veritable endorsement from such a radical extremist as Hansen, one might imagine that climate change conservatives would shun the carbon tax as a radioactive left-wing idea. Instead, they’ve built a cabal around it.

In the conclusion of The Myth of the Conservative Carbon Tax, get familiar with the organizations and leaders trying to make climate change a conservative talking point.