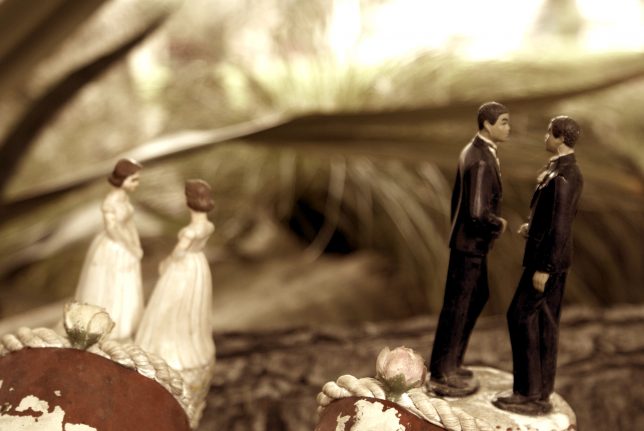 The United States Supreme Court’s ruling in Masterpiece Cakeshop v. Colorado Civil Rights Commission marked the end of an onerous legal battle between Jack Phillips, a cakeshop owner and devout Christian, and Charlie Craig and David Mullins, a same-sex couple who attempted to order a custom cake from Mr. Phillips.

When Phillips politely declined to design a cake for Craig and Mullins’ wedding, citing his personal religious objections, the couple filed a complaint with the Colorado Civil Rights Commission. The Colorado Civil Rights Commission and the Colorado Court of Appeals agreed with the couple, finding that Phillips illegally discriminated against Craig and Mullins and violated Colorado’s “public accommodations” law. As a penalty, Phillips’ bakery was subjected to sensitivity training and other invasive regulations, causing Phillips’ business to struggle financially.

After Colorado courts ruled against him, Phillips pursued his last resort and appealed to the United States Supreme Court, which agreed to hear the case. With a vote of 7-2 in favor of the baker, the Supreme Court gave a narrow victory to Phillips—and an even smaller one to advocates of religious liberty.

The case set First Amendment rights guaranteeing the free exercise of religion, speech, and association, against the Fourteenth Amendment, which guarantees equal protection under the law. But the Supreme Court’s decision did not answer any broad constitutional questions concerning either. Its verdict was a mild slap on the wrist for the Colorado Civil Rights Commission, which the Supreme Court argued, failed to review the case with religious neutrality and introduced anti-Christian bias and hostility into their original review.

Amidst the comprehensive coverage of the case by the mainstream media, many missed the  influential players with skin—and money—in the game.

The Alliance Defending Freedom (ADF), a mainstream conservative 501(c)(3) nonprofit committed to protecting religious freedom, provided legal counsel to Phillips in the court proceedings. (For providing this and other similar services, the discredited Southern Poverty Law Center smeared the ADF as a “hate group.”)

The “respondents” technically comprised two parties: the same-sex couple and the Colorado Civil Rights Commission. The taxpayer funded agencies and associates of the State of Colorado, Colorado Attorney General Cynthia Coffman and Colorado Solicitor General Frederick Yarger, represented the commission, which was fighting to preserve its own non-discrimination law.

Meanwhile attorneys, like Legal Director David Cole, from the American Civil Liberties Union (ACLU) defended Craig and Mullins. The ACLU is a 501(c)(4) civil rights organization funded by left-wing grant makers, including the Tides Foundation, billionaire George Soros’s Open Society Foundations, and the Ford Foundation. The ACLU filed lawsuit on behalf of Craig and Mullins back in 2013, but both the ACLU and the Colorado Civil Rights Commission submitted briefs to the Supreme Court.

According to CRC’s Hayden Ludwig, one of ACLU’s foundation donors, the Tides Foundation, operates more like a legal money laundering machine, washing away the connection between a donor and their grants to left-of-center initiatives. Tides is known for generously giving to Democratic Party operation groups like the Associations for Community Organizations for Reform Now (ACORN), which closed its doors in 2010 after extensive reports revealed voter fraud and other suspicious activities.

Several organizations showed their support for Phillips or the couple, respectively, by filing amici curiae, or “friend of the court” briefs. The activities of some of these groups reveal outright hypocrisy when it comes to discriminating against protected classes.

Among those backing the couple and the commission were the left-leaning Freedom From Religion Foundation (FFRF) and the National LGBTQ Task Force. FFRF is notorious for demanding that the State of Ohio remove the Star of David emblem from the Holocaust memorial at the Ohio State House in 2013.

According to the Washington Times in 2017, an altercation transpired at a Seattle coffee shop where its gay owner confronted and expelled a Christian pro-life group from the business’ premises. Yet the ACLU was silent. Evidently, this was not discrimination in ACLU’s eyes. Although the ACLU has a storied legacy of defending civil liberties, in recent years has compromised its reputation by picking and choosing which minority groups it finds worthy of defending.

With the Supreme Court’s decision, Phillips avoided an obtrusive order from the Colorado Civil Rights Commission. While the most serious questions remain unanswered regarding the First Amendment, it’s clear that high-profile left-leaning forces are at work to undermine this pillar of American freedom. Moreover, the case exposed a glaring double standard on religious freedom on the part of those supposed champions of civil rights, the ACLU and some of the other organizations who filed amici briefs on behalf of the same-sex couple.

The baker got to have his cake and eat it, too. But outside public spotlight, other actors involved in Masterpiece Cakeshop v. Colorado Civil Rights Commission sought to erode the first amendment with political influence. With this knowledge, the baker’s triumph suddenly seems a little less meaningful. The future fight to counteract these threats and safeguard constitutional freedom will require, as always, constant vigilance.