The Left’s Campaign for Socialized Housing 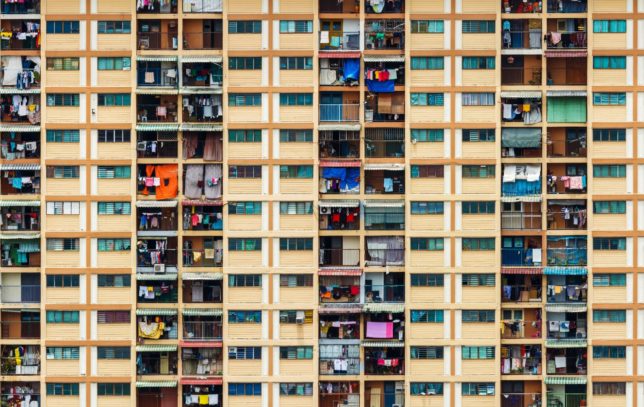 For the increasing unaffordability of housing in much of America, observers offer a variety of explanations and remedies. Numerous factors are at play. The housing market is, after all, a market, and a complex one at that. Its current state has been characterized as “supply and demand on steroids.”

Although proposals may vary, the goal for all is common: Get people into homes they can afford, whether rented or owned. The latter is particularly important, as somewhere on the order of 90 percent of Americans view homeownership as essential or important to their conception of the American Dream. For most conservatives, this is fundamentally a private-sector competency, and solutions properly focus on encouraging, or removing barriers to, this competency.

An increasingly vocal and well-heeled segment of the progressive left, however, disagrees and is calling for dramatic changes to America’s housing sector. Last year, the Capital Research Center (CRC) published a two-part series detailing the convoluted and overlapping networks of activist groups that were using the Covid-19 crisis to push for socialized housing in the United States. CRC noted that even though these proposals were often couched in terms of a pandemic response, they were by no means Covid-dependent.

Calls for a government-sponsored “homes guarantee” predate the coronavirus and will continue independent of it. As envisioned by the activist groups behind them and their foundation funders, these proposals would radically federalize and socialize control over American real estate.

A “homes guarantee” seeks to reconceptualize housing as a government-guaranteed social good, rather than a private asset. It calls for massive government spending on and regulation of the housing sector. The goal is to transfer as many housing units as possible from private to public or social control. Only the federal government, advocates contend, can provide the housing Americans should be entitled to. Gigantic in scope, these proposals also seamlessly integrate other left-progressive policy priorities into their platforms.

A sampling of specific proposals is illustrative. One campaign, called Homes Guarantee, details its plans in a 20-page briefing book released in 2019. The taxpayer would subsidize government-guaranteed housing to everyone, creating a “legally enforceable right to affordable housing” against the U.S. Department of Housing and Urban Development. Accomplishing this would require “intentional unraveling of a dangerous and carefully-spun myth that housing can only be provided by the for-profit market.”

Homes Guarantee appears hostile to the very idea of real property functioning to create private wealth—and indeed to free market capitalism writ large—opining that “when systems are designed to boost private profits, they always fail to meet the needs of the people.” It advocates for a “land value uplift tax” of “as close to 100% as possible” on real estate investment appreciation and for taxation schemes that would incentivize developers to build rental properties rather than owner-occupied housing—describing this as a “significant positive outcome.” Deriding homeowners with a mortgage as “bank tenants,” the Homes Guarantee campaign makes sure to clarify that even as it calls for extensive racially based housing reparations, these should not put “undue priority on individual ownership.”

A second and similar campaign is the Housing Justice National Platform for a Homes Guarantee. It likewise considers “private market strategies to increase the housing supply” to be “deeply flawed” and instead proposes to formalize housing as “a human right, not a commodity to be bought and sold for profit.” Specific proposals include:

Constructing “12 million new, non-market social housing units in the next decade.” This works out to building more than one new taxpayer-funded home every 30 seconds, 24 hours a day, nonstop for 10 years.

Enacting universal rent control. This is the one thing every economist thinks is a bad idea.

Enacting a federal prohibition on single-family zoning. There are fair arguments to be made on zoning, but a blanket national ban would be a tremendous infringement on what are properly state and local prerogatives.

“Strong regulation . . . of real-estate development and investment corporations.” Regulations are already estimated to account for up to 23.8 percent of the cost of a new single-family home and 32.1 percent (or more) of a multifamily development.

Enacting a Green New Deal for Housing. As proposed by the Democratic Party’s socialist wing, this would, among other things, “transition the entire public housing stock . . . into zero carbon, highly energy-efficient developments that produce on-site renewable energy.”

Other left-of-center groups have put out their own versions of a homes guarantee. The Center for Popular Democracy has a 2021 Federal Housing Agenda containing similar proposals. Demos, a liberal “think-and-do-tank,” called for a wide-ranging federal homes guarantee in a 2019 policy brief.

Advocates for a homes guarantee readily acknowledge that these proposals are radical. Making “bold demands” is actually quite intentional. But support for them is not confined to the radical fringe. It increasingly extends across much of the landscape of left-of-center activism, encompassing prominent national nonprofits and multi-billion-dollar foundations.

The Homes Guarantee platform is endorsed by 27 groups. It is officially a project of a 501(c)(4) called People’s Action—which itself is a coalition of dozens of state-based groups. People’s Action and its affiliated 501(c)(3) had combined 2019 revenues of over $10 million, and it is one of the 30 organizations recommended by the influential Democracy Alliance liberal donor network. Representatives of other multi-million-dollar left-of-center activist nonprofits like the Roosevelt Institute, the Lawyers’ Committee for Civil Rights Under Law, and the Democracy Collaborative were members of the platform’s research and writing team.

Approximately 90 national, state, and local groups have endorsed the Housing Justice National Platform for a Homes Guarantee. It is officially a product of a coalition called the Alliance for Housing Justice, which is in turn a project of a 501(c)(3) nonprofit law firm called Public Advocates in collaboration with four other nonprofits: PolicyLink, the Poverty & Race Research Action Council, the Lawyers’ Committee for Civil Rights Under Law, and the Right to the City Alliance.

These are not two-bit operations. The combined 2019 revenues of these five organizations exceed $38 million. The many-billion-dollar Ford Foundation alone has granted roughly a combined $44.6 million to them since 2011, for a wide range of purposes. Public Advocates reported paying out $467,460 in grants to six different groups under its Alliance for Housing Justice program on its 2020 IRS filings.

Indeed, Big Philanthropy seems to have recently lined up behind the Alliance for Housing Justice project specifically. A philanthropic collaborative called Funders for Housing and Opportunity—a project of the New Venture Fund, one of the four nonprofit constituents of the massive Arabella Advisors network—gave $987,500 to the alliance from 2018 to 2020. Funders for Housing and Opportunity’s steering committee consists of some very large and well-known private foundations.

Other foundation grants made to Public Advocates that were specifically earmarked for the Alliance for Housing Justice include $2 million from the Robert Wood Johnson Foundation in late 2020, in part to “produce an updated and expanded Housing Justice National Platform.” That year also saw the Kresge Foundation give $100,000 to the alliance, while the Ford Foundation chipped in $50,000. George Soros’s Foundation to Promote Open Society made a $15,000 grant in 2019, while the Butler Family Fund gave a combined $45,000 from 2019 to 2020.

Support for an expansive federal homes guarantee has also begun to gain traction among the furthest-left slices of the Democratic Party. Homes Guarantee sponsors a candidate pledge through which signatories promise to “advance policies that move housing from commodity to human right” and to “design housing policies as racial and climate justice interventions.” U.S. Representatives Ilhan Omar (D-MN), Marie Newman (D-IL), Jamaal Bowman (D-NY), and Cori Bush (D-MO) all took the pledge in 2020, and Senator Bernie Sanders (I-VT) took it in December 2019.

They have proposed bills that align with homes guarantee platforms. Rep. Alexandra Ocasio-Cortez (D-NY) and Bernie Sanders have proposed a $172 billion “Green New Deal for Public Housing Act.” Ocasio-Cortez’s 2019 “Place to Prosper Act” would enact rent control nationwide and target local zoning regulations, among other things. Rep. Omar’s 2019 “Homes for All Act” would construct 12 million new public and subsidized housing units at the ostensible cost of $1 trillion—an estimate that was rightly skewered as “farcical” and amounting to an “expensive joke.” These bills, and others, were included as exemplar legislation in the Center for Popular Democracy’s 2021 Federal Housing Agenda.

This brings up one final point to consider: The philanthropies funneling money to socialized housing activist groups are gigantic. In 2018, the combined assets of just the foundations known to have directly funded the Alliance for Housing Justice exceeded $36 billion. Private charity can indeed be better-positioned than government to address particular societal problems, and these foundations are certainly free to direct funding from their market-created endowments toward the implementation or operation of whatever affordable housing model they think best. Indeed, the ordinary taxpayer would likely view their doing so as a much more philanthropic undertaking than funding campaigns to have said taxpayer foot the bill (financially and otherwise) for a radical federal “homes guarantee.”

The private development and ownership of real estate has been a tremendous driver of business success and personal wealth in this country for generations. It is an essential component of a free society. Of course, resources should be available to help those in need, whether from public or private sources. Good public policy should seek to enable as many Americans as possible to live in homes that they can afford, ideally that they own, and help them stay. But this does not mean that America’s entire housing sector should be remade to suit the priorities of left-wing activists.

This article originally appeared in the American Conservative on August 20, 2021.