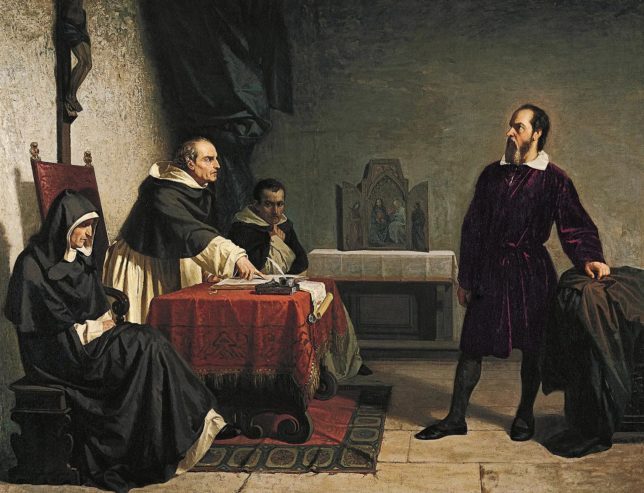 This article originally appeared at TheCatholicThing.org on December 10, 2009, in response to a scandal involving emails that showed efforts to manipulate science by climatologists who were alarmists over global warming. The article is worth revisiting as we see attempts to manipulate and censor science involved with medicine and, still, climatology. Reposted with permission.

If we wanted to add a twentieth-century name to the list of prophets, I would nominate Robert Nisbet (1914-1996), who would not be surprised by recent revelations that an elite group of global-warming experts have been reckless with their “science” and ruthless towards their scientific peers.

I refer to the scandal that broke at the disclosure of private e-mails among leading climatologists connected to the Climatic Research Unit at the University of East Anglia, one of the nerve centers for global warming studies. As former Chancellor of the Exchequer Nigel Lawson summarizes the preliminary evidence for the London Times: “(a) the scientists have been manipulating the raw temperature figures to show a relentlessly rising global warming trend; (b) they have consistently refused outsiders access to the raw data; (c) the scientists have been trying to avoid freedom of information requests; and (d) they have been discussing ways to prevent papers by dissenting scientists being published in learned journals.”

But the problem these e-mails uncovered goes beyond the discussion currently under way in Copenhagen and even the whole global-warming debate.

Nisbet, a sociologist by training and historian by temperament – but no Catholic, or even much of a believer – warned of such abuses in an essay debunking the Enlightenment myth that the Catholic Church brutally oppressed Galileo. Our own time, Nisbet insisted, has seen much worse:

Probably more scientists have been adversely affected – estopped altogether from a given line of research, guided, shaped, propelled, decelerated, forced into nonpublication, secrecy, turned down for funds or promotion, and barred from access to laboratory space or archives – because of defiance of conventional wisdom in America since World War II . . . than existed in the whole of the world in Galileo’s day.

Early on, Nisbet adds, Galileo told his friend Kepler that he was censoring himself for “fear not of ecclesiastical but of scientific-scholarly opinion.” As Galileo’s views became known, the first public protests arose from “jealous and apprehensive university professors,” not from clerical quarters. When Galileo’s friend Pope Urban VIII reluctantly allowed a trial by the Inquisition (headed by another Galileo supporter), the great man’s nemesis was no churchman but a fellow scientist.

Most important for our purposes is Galileo’s fate after his enemies forced the Inquisition to find him “guilty” of Copernican teachings. Though made to take a pro forma oath of recantation, he was not imprisoned. Instead, he was given “house arrest” at his wealthy patron’s estate where he had long conducted most of his research. He lived for years, and far from being daunted or suppressed, he produced some of his most important writings, “was in constant communication with the leading scientific lights of Italy and all Europe,” and had “as many students as he wished” to assist him and continue his work after his death.

Contrast Galileo’s flourishing in the seventeenth century, funded by the private sector, with the situation of scientists in our day. They face governments that grow grander and more controlling by the minute, as well as an academic climate in which the disinterested search for truth withers in the cold glare of skepticism, relativism, and materialism.

In controversies over man-made global warming, there’s the added factor of something that smacks of religious fanaticism. Fr. James Schall and historian Paul Johnson have observed how some strains of environmentalism have religious features: a fall of man, a catalogue of sins, a call to repentance and asceticism (at least for those of us who aren’t ex-Vice Presidents living in Nashville mansions), the promise of salvation, and dire warnings of a secular apocalypse. No wonder the Savonarolas of solar energy are harsh with those who dissent from their calls to repress vices like burning coal or driving an SUV.

Perhaps the scientific critics of man-made global warming can take to heart the examples of Socrates and Christ, who remind us that most significant thinkers in history have suffered strenuous opposition.

Still, Galileo’s experience shows that a society needs two things to enjoy the freedom to seek scientific knowledge: an intellectual environment that permits at least some unconventional thinking and a financial environment in which resources aren’t monopolized by the same elites who patrol scientific orthodoxy.

“Institutional competition” and the diversity of funding streams that permit it, Nisbet concludes, not “the fabled distinterestedness of the titans in science,” is what usually rescues maverick thinkers from the “hostile herd.”

We are now learning just how Inquisitorial the globe’s elite climatologists have been. Think what will happen if the U.S. government – which already controls, by some estimates, one in every four medical research dollars on the planet – vastly expands its scientific dominion through “health care reform.”