The FBI Takes the Gloves Off With Antifa 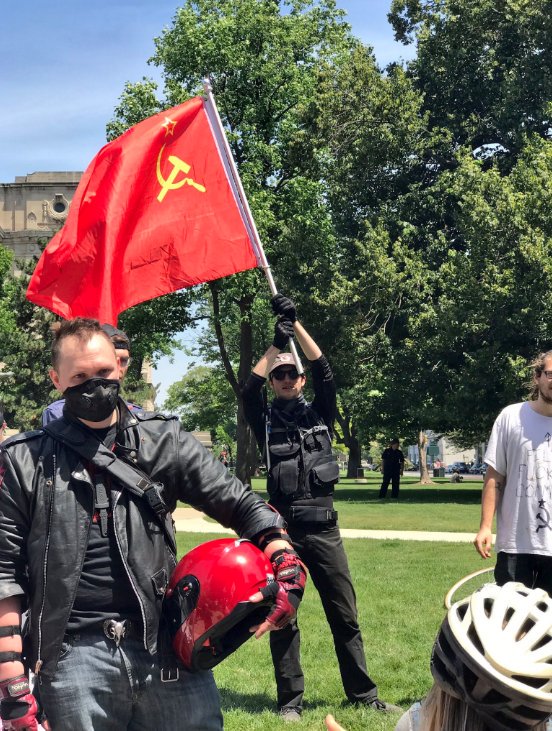 Federal Bureau of Investigation (FBI) director Christopher Wray announced on November 30 that the FBI is launching an investigation into those motivated to commit acts of violence by the violent leftist movement called Antifa (or “anti-fascist action”).

The FBI’s decision to investigate Antifa’s terrorist actions is a welcome change.

As conservative author Trevor Loudon noted in our film America Under Siege: Antifa, released earlier this year and embedded below, law enforcement has often allowed Antifa protesters to commit acts of violence against those that Antifa thugs deem “fascist.”

A recent independent review of law enforcement’s response by a firm in Charlottesville reveals that police intentionally allowed the extremists to battle each other in the streets. As soon as violence erupted, Charlottesville Police Chief Al Thomas reportedly said, “Let them fight, it will make it easier to declare it an unlawful assembly.”

Loudon also pointed to the ties between the violent, leftist group By Any Means Necessary (BAMN) and officials in Berkeley, California. “BAMN leaders including Yvette Felarca [who was charged earlier this year with inciting a riot in San Diego] are very close to the Berkeley city council,” he said. Berkeley mayor, Jesse Arreguin, former mayor and California state senator Loni Hancock, and city councilmember Kriss Worthington “have all been members of the BAMN Facebook group.”

The FBI, though, has taken a more active role in rooting out Antifa members for domestic terrorism.

Fox News reports that in 2016 both the FBI and Department of Homeland Security warned about possible outbreaks of “domestic terrorist violence” by “anarchist extremists,” identifying Antifa groups as “the leading instigators of violence in public spaces” against “symbols of capitalism.”

Wray made clear that the FBI will respect the First Amendment and will only target Antifa affiliates who advocate or commit violence:

In order to open an investigation there has to be credible evidence of federal crime, [and] threat of force or violence to further a political or social goal. And if we have all of those three things then we open a very aggressive investigation.

The FBI’s decision to investigate and prosecute domestic terrorists is a victory for free speech and the rule of law.

America Under Siege: Antifa, released earlier this year by Dangerous Documentaries (the film wing of CRC), delivered an in-depth look at Antifa’s violence and its origins in Leon Trotsky’s communist ideology. Antifa—which has grown in the United States in numbers and audacity since the 2016 election—may claim to fight fascism, but its radical beliefs threaten free speech in America.