The Bullying of Ben & Jerry 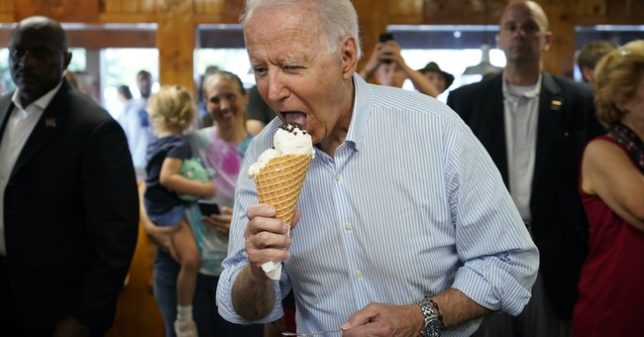 Ben & Jerry of ice cream fame are going to court to make sure their product is not sold in the West Bank in keeping with, they say, their ideological beliefs. But have the businessmen – both Jewish themselves – been bullied into their position by the leftist monolith pushing the Boycott, Divestment, and Sanctions (BDS) philosophy, even as many “woke” boardrooms are walking away from these short-lived and extreme philosophies?

A writer at The Jerusalem Post, in a piece from 2021, offers some reason to believe Ben & Jerry’s lawsuit against parent company Unilever—which had recently announced an intent to begin selling the ice cream in the West Bank—is the product of the same bullying campaign that has characterized so much of the “woke” capitalism movement (see: Morton’s Steakhouse/Bret Kavanaugh). Alan Shatter at JPost writes that Cohen’s and Greenfield’s (Ben & Jerry’s surnames) explanation that their decision is “pro peace” rings hollow.

[Their decision] was simply a cowardly surrender to almost ten years of pressure from a small group of obsessively anti-Israel-BDS campaigners, Vermonters for Justice in Palestine (VTJP), who at the time of this writing, have in total 334 followers on Twitter.

It looked for a minute like Unilever was moving the company away from the madness demanded by a movement that, as Shatter writes:

…does not campaign for peace and promote reconciliation. It does not support or advocate a two-state solution to the Israeli/Palestinian conflict. It totally opposes normalizing social, economic, cultural and sporting engagements between Israelis and Palestinians. It is opposed to all the forms of positive engagement used in Ireland to construct the foundations required for ending 30 years of conflict and an enduring peace on our island. It is intent on Israel’s demonization, delegitimization and advocates Israel’s replacement by a Palestinian state “from the River to the Sea.” It does not advocate for an end to the conflict. It advocates for Israel’s end.

When Unilever announced their decision at the end of June, hopes were high. Arsen Ostrovsky, an Israeli human rights attorney with The International Legal Forum (ILF), applauded, calling the decision “principled” and “the most breathtaking and unequivocal defeat for the global BDS movement.”

“The ILF was proud to have been one of the first organizations to initiate legal action against Unilever in the United States over Ben & Jerry’s illegal and racist boycott, on behalf of a Palestinian claimant, who made the case that such boycotts only contribute to hatred and division, while Palestinians are the ones who lose out the most,” Ostrovsky said. ”A sweet victory indeed against the dark forces of hate, bigotry and antisemitism of the global BDS Movement.”

But apparently a short-lived one, at least if the groups pushing the ice cream makers have their way.

And, it should be noted, despite the small reach of the Vermonters for Justice in Palestine, there are six degrees of separated weight behind them. They are an affiliate of the Peace and Justice Center, a group known for calls to abolish all forms of punishment and defund the police. And the Peace and Justice Center has taken funding in the past from the AJ Muste Memorial Institute, a group that counted Heidi Boghosian as their executive director before she went on to the National Lawyers Guild for a time. And NLG’s green hat shenanigans are evident nearly every time one sees a leftist protest.

What’s becoming increasingly clear, even while businesses walk away from woke, is that the left will keep banging away at the weakest links to fulfill their long term, poisonous goals. Businesses like Ben & Jerry’s, that have been bending the knee the longest, are very likely in for the most pain.

This article first appeared in Townhall on July 9, 2022.