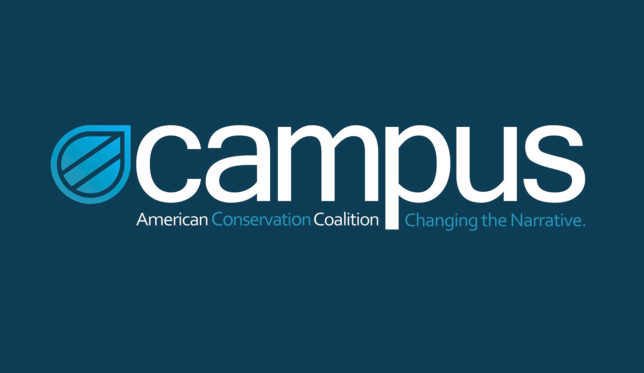 From the early Cold War to George Soros’s rent-a-pastor scam, the Left has a long history of duping gullible conservatives into adopting its schemes. The latest of these is the eco-Right: self-proclaimed conservatives who’ve been seduced by the Left’s global warming agenda—and the lure of left-wing money.

From end to end, these groups are almost uniformly run by Republican renegades such as former Rep. Bob Inglis (R-SC)—who lost his congressional seat in 2010 to upstart Trey Gowdy due to his leftist views of global warming theory—and Jerry Taylor, a former senior fellow at the Cato Institute whose libertarian-turned-liberal Niskanen Center preaches Soros’s “open society” ideology with funding from Soros’s Open Society Foundations.

They may be more right-wing than left-wing, but their Climageddon fervor is rapidly overpowering any distinction.

Given the Left’s interest in undermining the conservative movement by presenting it as anti-science, it’s little wonder that these willing collaborators have proselytized college-age Millennials—they’ve lost everywhere else.

Arguments in Congress for a bipartisan carbon tax have failed to sway Republicans or even impress Democrats, whose allies in the left-leaning media have largely abandoned carbon taxes altogether for the radical Green New Deal. Voters in left-leaning Washington State decisively voted down a carbon tax in 2018—the second time in as many years. And time and again, environmental activist Tom Steyer has bet his billions that environmentalism would swing elections for Democrats—and failed spectacularly every time.

Most Americans just aren’t interested in the Left’s global warming schemes, so eco-radicals have turned their disinformation campaign on the young, who aren’t savvy to their deception. Enter the American Conservation Coalition (ACC), a Millennial-run nonprofit that supports “limited-government environmentalism.”

As InfluenceWatch explains, ACC laudably opposes a carbon tax, yet the group has lobbied on Democrat-backed bills that would have spent tens of millions of dollars on carbon capture and storage technology and allocated billions of dollars on new batteries for storing electricity generated by unreliable renewables such as wind and solar.

To be fair, that’s a far cry from the far Left’s Green New Deal. But it’s exactly the kind of “green cronyism” conservatives have come to expect from the wind and solar lobby, which has squeezed $75 billion in subsidies from Uncle Sam over the past decade. How much more do taxpayers need to invest before these technologies of the future are viable?

I’ve already reported on $100,000 promised in 2018 by the left-wing Hewlett Foundation to ACC’s 501(c)(3) “sister” nonprofit, ACC Campus, which promotes “a conservative approach to clean energy” among college students.

Add to that a newly discovered $10,000 grant paid to ACC in 2018 by the National Audubon Society, an environmentalist group with peculiar ties to the “conservative” ACC.

The National Audubon Society isn’t conservative. In 2017, it attacked President Donald Trump for withdrawing from the Paris Climate Accords, a phony treaty signed by President Barack Obama. It criticized Trump’s decision to undo Obama’s Clean Power Plan as “shortsighted and reckless” and has made the unscientific claim that “more carbon in the air means worse natural disasters.”

The group even sued the Trump administration last year for allegedly “stripping vital protections for migratory birds” and ridiculously accused the administration of “hand[ing] industry a blank check for bird deaths.”

Then there’s ACC’s interest in working across the aisle with inveterate leftists such as Van Jones, which would be commendable were it not on “climate unity”—an issue on which the Left has everything to gain and conservatives have everything to lose.

The bottom line is that ACC’s “limited-government environmentalism” is an oxymoron. Environmentalism is a hardline ideology rooted deeply in the pseudoscience of eugenics, population control, and forced sterilization ginned up by 20th century Progressives.

It’s an all-encompassing agenda for a terrifying police state in which dissent is treason. Just listen to the prominent environmental activists arguing that “climate change denial should be a crime.” No less than NASA Director James Hansen told Congress in 2008 that fossil fuel company “CEOs should be tried for high crimes against humanity and nature.”

That opinion is no longer on the fringe. At a November Democratic presidential debate, socialist Sen. Bernie Sanders (D-VT) announced on national television his intent to “prosecute the fossil fuel executives who knowingly destroyed the planet” (as if we’re living on a dead rock):

And by the way, the fossil fuel industry is probably criminally liable because they have lied and lied and lied when they had the evidence that their carbon products were destroying the planet, and maybe we should think about prosecuting them as well [emphasis added].

With environmentalists, it’s “Heads I win, tails you lose.” Environmentalism is fundamentally incompatible with individual liberty and constitutional government, and conservatives shouldn’t be duped into thinking otherwise. For conservatives, there’s no middle ground to meet with radicals who despise the very things conservatives hold dear.

They could learn a thing or two from the late novelist and climate skeptic Michael Crichton:

If someone claims to predict what a stock will do in the coming days, we know that person is either a crook or a charlatan. If an environmentalist makes similar claims about the environment, or an ecosystem, we have not yet learned to see him as a false prophet or a fool.