Carbon Taxes Will Never Be Enough 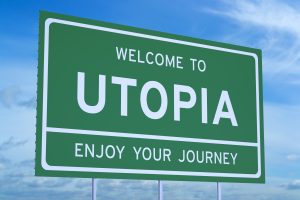 This article first appeared on the Economic Standard on October 15, 2019.

There’s a pervasive myth among “eco-cons”—conservatives who accept the theory of global warming—that we can tax our way out of a climate crisis. The myth goes like this: the Earth is getting dangerously warm and humanity is to blame, so it falls to government to fix it.

What separates these “climate change conservatives” from liberal environmentalist activists is that the latter will do whatever it takes to halt climate change. Eco-cons will not.

There’s a good reason why. Once you accept the theory of catastrophic man-made global warming you also accept the moral burden to avoid its coming environmental apocalypse—by any means necessary. Anything less is defeatist or suicidal.

The eco-con’s weapon of choice, a tax on carbon dioxide and other greenhouse gas emissions, is a supposedly market-friendly “solution” to global warming that’s neither market-friendly nor effective—not if the goal is control over the Earth’s ever-changing climate.

And liberal environmentalist activists know this, which is why they have discarded such “moderate” policies in favor of radical, all-encompassing plans like the Green New Deal, which would force the U.S. transition to 100 percent renewable energy production in the next decade (never mind that less than 14 percent of America’s energy comes from wind and solar).

Just listen to liberals like Bloomberg columnist Noah Smith, who wrote in September that a carbon tax is “a good thing” for global warming but is “not enough.” Then there’s David Wallace-Wells who argued in New York Magazine last year that a carbon tax can’t “solve climate change.”

The environmental activist group Friends of the Earth has called a carbon tax a “half-solution . . . lacking the vision of what real action on climate change looks like.” And there’s the Green New Deal itself, whose authors—in their haste to mandate electric airplanes, socialized medicine, and guaranteed federal jobs for everyone—did not even include a carbon tax.

Like all climate schemes, a carbon tax would massively raise household energy prices by taxing emissions from oil, coal, and natural gas, commodities which power the U.S. economy. It would artificially hike gas prices at a time when America has become the largest producer and soon will be the biggest exporter of oil in the world.

The bill purports to “combat climate change through the elimination of the gas tax” and creation of a tax of $35 per metric ton of carbon dioxide emissions, beginning in 2021 and rising thereafter. It also touts the supposedly widespread “bipartisan” appeal for a carbon tax.

If that sounds familiar, it’s because liberal Republican Rep. Carlos Curbelo (FL) floated a version of the bill last year under the same name (Rooney and Fitzpatrick co-sponsored it, too.) Recall that Curbelo—who hunted for support for his carbon tax among Congressional Democrats—lost his reelection bid to Democrat Debbie Murcasel-Powell in the 2018 midterms, a candidate endorsed by the Sierra Club, which supports a carbon tax policy.

Conservatives should be wary of the praise the Fitzpatrick carbon tax has earned from environmental activist groups like the Environmental Defense Fund, Nature Conservancy, Climate Leadership Council, and the libertarian-turned-liberal Niskanen Center.

But they should also learn from the past failures of carbon tax advocates to win liberal support, particularly in the era of the totalitarian Green New Deal. Environmental activists have one overriding goal: the complete transformation of America to a “green” socialist state. Nothing less will do.